Lindsey the liar? As Senate Judiciary chair, Graham hasn’t scheduled ONE hearing to grill a single Spygate figure like he promised he would 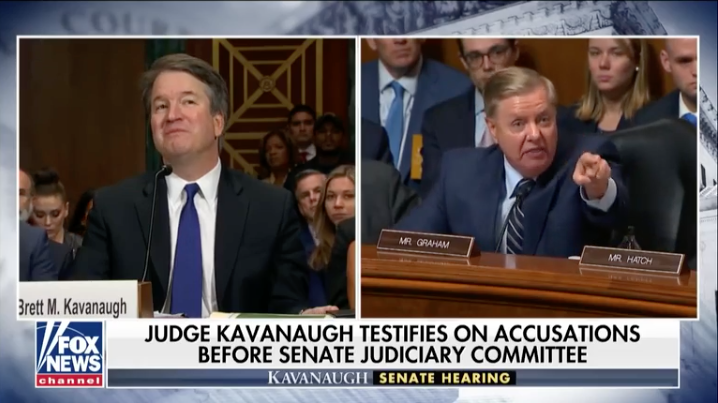 Last spring, before Attorney General William Barr was set to testify before the Senate Judiciary Committee, its chairman, Sen. Lindsey Graham (R-S.C.), vowed to hold hearings into the origins of “Spygate,” the Obama-era operation to depose President Donald Trump for daring to win the 2016 election.

Barr was on hand to discuss the so-called Mueller report, which exonerated the president from any “Russian collusion” and which did not overtly charge him with “obstruction of justice” — which would have been absurd and easy to disprove, considering the White House cooperated with every single aspect of Mueller’s investigation.

After a lengthy introduction in which Graham discussed the various aspects of the Mueller investigation and resulting report, he made a promise: “When the Mueller report is put to bed, and it soon will be, this committee is going to look long and hard at how this all started.

“We’re gonna look at the FISA (Foreign Intelligence Surveillance Act) process…did Russia provide [former British spy] Christopher Steele the information about Trump that turned out to be garbage that was used to get a warrant on an American citizen, and if so, how did the system fail,” he added.

But, as The Gateway Pundit reported Friday, there is not a single hearing on the Judiciary Committee’s schedule that has anything at all to do with Spygate, its origins, the suspected FISA warrant abuses, or any other aspect of the deep state’s seditious coup attempt against President Trump.

In other words, Graham was just blowing smoke. (Related: AG Barr to begin questioning deep state Spygate figures starting with Trump hater John Brennan: Left is NOT used to this.)

After disparaging Trump during the 2016 GOP primaries, in which Graham briefly ran for the presidential nomination but could never generate any interest outside his home state, he seemed to embrace the president and vowed to “help” him succeed in any way possible.

He seemed truly offended by what Democrats, their media sycophants, and Left-wing organizations attempted to do to sabotage Justice Brett Kavanaugh’s Supreme Court nomination with so-called “witnesses” who made bogus sexual assault allegations dating back to his college days.

Graham has also become one of the president’s most vociferous defenders. He’s been all over cable and network news channels challenging Trump’s most vocal critics and destroying the fake impeachment narratives the Left and Democrats have invented.

Is Graham still just a RINO who is hiding it better than he used to?

But when the president needs Graham and his powerful committee most is now, as Democrat- and media-driven momentum build for a possible impeachment inquiry despite the fact that Trump hasn’t done anything wrong.

The president needs Graham to protect and shield him from the onslaught of investigations and probes that the Democrat-controlled House has launched since taking over the chamber in January by launching several of his own — like he promised.

In other words, Graham needs to put Republicans on offense instead of always playing defense and playing from behind late in the game.

The media is going to be the media; there is no way to force them to cover the president and the GOP honestly. Got it.

But they are still the media, so it would be difficult for them to completely ignore hearings before Graham’s committee that involved high-profile, well-known Spygate figures like former Director of National Intelligence James Clapper, former CIA Director John Brennan, and former Deputy Attorney General Sally Yates.

He could be calling former Obama administration officials like Susan Rice, whom the Democrats trotted out this week to lie about Trump and Ukraine.

But Graham isn’t doing that. He’s not scheduling any hearings involving Spygate, FISA warrant abuses — which is a very serious thing — or witnesses who are lying about Ukrainegate.

Graham is beginning to look a lot like every other other RINO who opposes Trump, he’s just hiding it better with occasional defenses of the president.