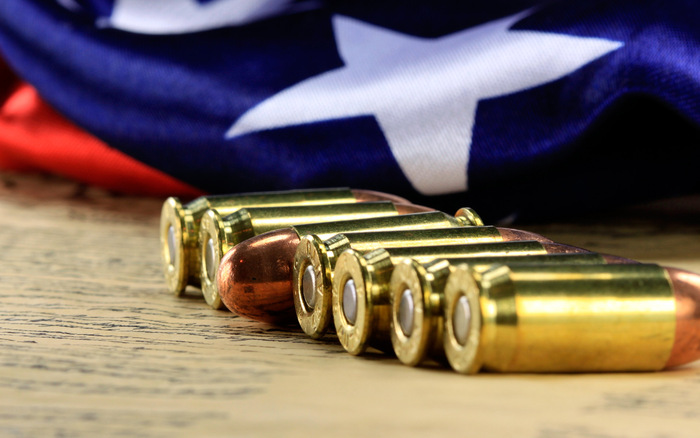 Given Big Tech’s particular political bent and preferences, deplatforming has become the weapon of choice for these companies and social media sites to use against firearms manufacturers and 2A-supportng organizations and users. If a platform’s account holders express opinions the Silicon Valley sultans find objectionable for political or aesthetic reasons, they have no problem suspending or outright banning those users, organizations, or companies for allegedly violating their opaque policies or “community standards.”

Discussion platform Reddit is one of the sites that has taken steps in that direction. Last year, they deep-sixed a number of firearms-related subreddits that dealt with guns, including one that alerted readers to good deals on firearms, ammo and gear. Because ew.

Whenever these situations arise, the comments here and other places are filled with calls for gun-friendly alternatives to the dominant left-leaning, anti-gun social media platforms.

At this past weekend’s Gun Rights Policy Conference in Phoenix, I met Declan McCullagh, co-founder and CEO of the new discussion platform Talking, a beta version news and discussion site built along the lines of Reddit. Talking describes itself thusly:

Talking is a news aggregation and discussion site reflecting a broadly conservative and libertarian point of view. Unlike Facebook, YouTube, and Twitter, we encourage discussions that differ from progressive perspectives, including on religious freedom, patriotism, and our right to self-defense.

I asked McCullagh about the genesis of Talking.

The Truth About Guns: How did the idea for Talking develop?

Declan MCullagh: At last year’s Gun Rights Policy Conference, I went through a list of all of the deplatformings, removals and suspensions that were aimed at conservatives, libertarians, or even liberals who are to the right of Bernie Sanders on today’s Second Amendment issues. And it was pretty depressing.

And at the end of my six-minute talk, I listed some things that we can do about it. And it really wasn’t that great. There weren’t that many alternatives, and I went away thinking that I didn’t give very good advice.

Don Kilmer is a Second Amendment litigator and a friend of mine. He lives down the road from me. And after some meet-ups over the next few months, I thought it might be worth launching a web site — really a discussion platform — that was going to be a good home for pro-gun advocacy.

This is a variation of the old saying that unless a publication or organization is explicitly conservative, it’s going to eventually drift left. So I wanted to try the same thing with Second Amendment advocacy. Talking isn’t just Second Amendment, you’re going to find stuff in there that’s going to disagree with progressive orthodoxy on things like campus speech and things like immigration, orthodox Christianity and so-on.

But because of the background that I have and especially that Don has, you’re going to see a lot of defense of the right to keep and bear arms for law-abiding Americans on the site.

And so over the last year, we just started talking about it and batting some ideas around and I started doing coding earlier this year. We had an alpha version up and running as a prototype in late May and early June. We’ve been tweaking it over the summer and now it’s stable enough to be in beta form. TTAG: How would you describe Talking?

DM: It’s a link aggregation site, a discussion site and also a messaging site. You can use it for secure messaging.

I think that there should be interest in this because of how often anyone talking about gun rights, or talking about firearms, or even the right to self-defense — even outside of guns, like knives — are getting basically disciplined if they’re on mainstream social media sites. I see this as getting worse, especially as the election gets closer.

What we want to do is provide a site that actually believes in free speech and will let you talk about your constitutional rights without worrying about what someone named Zuckerberg or Dorsey believes is right or wrong.

TTAG: How is the site designed?

DM: Talking is a discussion site. We’re not a social network. The difference is that Facebook lets you create communities of people — maybe it’s your friends, maybe it’s your family — and you can mark messages that can only be seen by those people.

By default, what we’re doing is everything’s public except private messages.

We’re trying something easier. We’re not competing directly with Facebook or Twitter. We’re not a social network. We’re a place to have really good high quality discussions.

We have no ads, and we have almost no images. One of the downsides is that on too many of these discussion sites, people just post cat GIFs. They’re kind of cute and they’re kind of funny and sometimes they’re even useful. But we want to get people talking, not people posting memes. We’re trying to have higher quality discussions.

Both Don and I are more interested in policy than politics. So you’re not going to find posts — at least not from us, maybe other people will want to submit them — about the presidential horserace and where these folks are in the polls. Instead it’s going to be, “This is a law, or a proposed law, and this is how it’s going to affect you, and this is what to do.”

TTAG: How my will the discussions be moderated?

DM: We’re going to figure that out as we go. Don wants no moderation, I’m in favor of moderation as long as it’s fully disclosed. If someone is going to post un-helpful, useless rants calling everyone Nazis…we’ll figure that out. If you disagree with us on policy, have at it. You can do no wrong.

TTAG: Some alternative free speech sites that have sprung up for some of the same reasons such as Gab.com, have been characterized in the media as provinces of the far right or fascists. How do you keep that from happening to Talking?

DM: You can’t control what people are going to say about you. I think you do the best job of creating a useful, stable discussion site focused on constitutional rights, and then if the media want to lie about it, they can. Hopefully they won’t and we won’t have to worry about it.

TTAG: Are you going to allow users to block people?

DM: It doesn’t seem to help on Twitter. People can block or mute people on Twitter very easily and people still go after people. There still are Twitter hate campaigns and deplatforming campaigns. But right now there’s no mute option.

On talking, you earn points by being upvoted or by submitting stories. If you get 50 points, which is not that difficult, then you can downvote submissions and downvote comments. So if someone is submitting something stupid, you can downvote it. And it gets sufficiently downvoted or fall off the page.

By entrusting users who reach 50 points with the ability to upvote and downvote, I’m hoping that the community will self-police to a large extent without us having to jump in and say, ‘no, you did something wrong.’ TTAG: You mentioned that Talking will be totally transparent. How will that work?

DM: Our code is published and you can download it. You can see what ranking signals we use to figure out where a story should fall on the home page. Things like how recent it is is obvious. How many upvotes, how many downvotes, how many comments…things like that. The source code is available.

We’re trying to keep ourselves honest by avoiding the secret algorithmic tweaking of say a Google or Facebook. You don’t know what signals Google is using to rank articles.

So why is that? We don’t know. It’s a black box. We’re trying to avoid being a black box.

Also…moderation decisions. There’s a moderation log. You can see when a moderator changes a headline, or when a moderator — this has never happened — maybe kicks a user off for spamming the site and submitting 100 links a minute or something like that.

But all that is public. It keeps us honest and should reassure users that we’re trying to do the right thing as opposed to being another black box.

TTAG: So Talki.ng will be more than just gun rights community…you see the site open to any and all topics?

DM: We’re limiting it to a set of about thirty defined topics right now just to keep it manageable. There’s First Amendment, there’s deplatforming and Big Tech, abortion, immigration, law, Supreme Court…there’s going to be a lot of stuff on here. But we’re starting small for now.