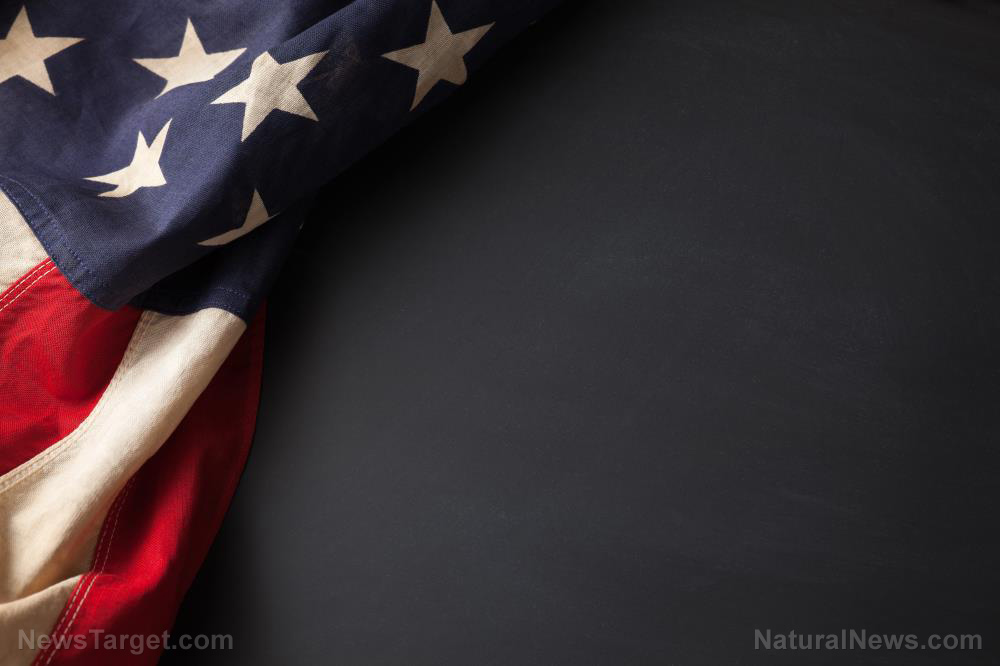 There is clear evidence that is bringing light to the fact that the United States has already been defeated. The only issue left to be decided is how many people are going to die and how much destruction will the soon-to-be former United States of America suffer.

Part One demonstrated that the Russians are not putting troops into America, but they are planning for a post-war occupied America in fulfillment of free trade agreements that Trump has forsaken.

There is a working premise that is important to identify before continuing with the evidence. Decades ago, with the impending collapse of the Soviet communist state, they developed a plan called the scissors strategy. The plan consisted of two parts”

Both of the goals has been accomplished and Part II will expose the plot its history and its key participants. .

After Viktor Suvorov, a former Russian intelligence analyst, defected to England, he revealed Russia’s top-secret plans to attack the United States at some future date after undermining the United States from within through the subversion of their political leadership. Suvorov had worked as a Russian intelligence analyst as well as having worked for the GRU and with elite Russian special forces, Suvorov, warned the Americans of Russia’s true intentions after the Russian high command had succeeded in getting Pentagon officials to let down their guard and engage in a high level, but mostly one-sided, technology transfer. And under the wrong President (i.e. Obama), America would be weakened to the point to where it could not adequately defend herself. Anatoliy Golitsyn, a high-ranking KGB defector fled to the United States in order to warn Americans about the secret Russian plan to attack the United States. Golitsyn is generally considered to be among the first and most revealing on the subject of the secret Russian plans to attack America after faking the demise of the old Soviet Union. He authored the The Perestroika Deception in which Golitsyn wrote about the deceitful intent behind the Leninist strategy which the present-day Communists are actively pursuing as they fake American style democratization efforts in Russia. From within, American leadership would be compromised in key positions, and the fall of America would be orchestrated from within and under the leadership of an Obama type of President. Golitsyn and Suvorov were only two of dozens of Soviet defectors who told exactly the same story dating back to the 1960’s.

Golitsyn stated that Russia, after lulling America to sleep, will join with China in order to attack the United States from both the outside and inside as he detailed that “In each of these the scissors strategy will play its part; probably, as the final stroke, the scissors blades will close. The element of apparent duality in Soviet and Chinese policies will disappear. The hitherto concealed coordination between them will become visible and predominant. The Soviets and the Chinese will be officially reconciled. Thus the scissors strategy will develop logically into the ‘strategy of one clenched fist’ to provide the foundation and driving force of a world communist federation…before long, the communist strategists might be persuaded that the balance had swung irreversibly in their favor. In that event they might well decide on a Sino-Soviet ‘reconciliation.’ Just this past week, I covered war games being conducted in Russia with the intended target being America and China was a major participant and this is in fulfillment of Golitsyn’s revelations. https://thecommonsenseshow.com/activism-agenda-21-conspiracy/nine-nations-are-rehearsing-their-intentions-attack-united-states

America has indeed been compromised from within and from without. The two-time election of Obama provided the communists with the traitor that was needed to militarily bring America to her knees, thus making it easy to conquer. The only question is whether Putin, after totally destroying the Petrodollar, will allow America to slowly crumble, or use the combined forces of the United Nations (e.g. North Korea, China, Latin America and Russia to invade). And how did Obama respond to the Russian challenge? Obama reduced the American military to pre-World War II levels in yet another act of treason against the American people.

Goal number one of the Scissors Strategy has been fulfilled. Goal number two is also close to being fulfilled as evidenced by the following list of traitors serving in Congress.

As Golitsyn stated, America would first be conquered from within and that is exactly what has happened. The scissors strategy would give way to the strategy of “one clenched fist.” The enemies now are gathered from within. At that point the shift in the political and military balance will be plain for all to see.

The scissors strategy could never be successful without a number of Trojan Horses in America. Trevor Loudon in his classic work, Enemies Within, identified the vanguard of the treasonous force that has sold America out to communist interests.

Partial list of Communists Serving in Congress: From Trevor Loudon’s 2019 List Of Socialists And Communists In Congress

Raul Grijalva (D-AZ) Has worked closely with the Communist Party USA since at least 1993. A self-described “Alinskyite.” Traveled to Cuba in 2015.

Judy Chu (D-CA) Was heavily involved with the now-defunct pro-Beijing Communist Workers Party in the 1970s and ’80s. Still works closely with former members today. China’s best friend in the US Congress.

Karen Bass (D-CA) Was actively involved with the Marxist-Leninist group Line of March in the 1980s. Still works closely with former members. Mentored by a leading Communist Party USA member. Also close to Democratic Socialists of America and some Freedom Road Socialist Organization members. Has been to Cuba at least 4 times.

Rosa DeLauro (D-CT) Has worked extremely closely with the Communist Party USA for many years. Traveled to Cuba in 2014.

Jim Himes (D-CT) His 1988 thesis “The Sandinista Defense Committees and the Transformation of Political Culture in Nicaragua” was a sympathetic portrayal of Marxist government’s civilian spy network. Has worked closely with one Communist Party USA front group.

Kathy Castor (D-FL) Has worked closely with Cuba and pro-Castro organizations to open US trade with the communist island.

John Lewis (D-GA) Worked closely with the Communist Party USA and Socialist Party USA in the 1960s. In recent years has worked with Democratic Socialists of America members.

Danny Davis (D-IL) Was a member of Democratic Socialists of America in the mid 2000s. Has worked closely with the Communist Party USA since the 1980s. Also close to Committees of Correspondence in the 1990s.

Jan Schakowsky (D-IL) Was a member of Democratic Socialists of America in the 1980s and has continued to work closely with the organization. Has also worked closely with some Communist Party USA members.

Democratic Socialists of America members for many years.

John Yarmuth (D-KY) has worked with Committees of Correspondence for Democracy and Socialism members. Traveled to Cuba in 2011.

Jamie Raskin (D-MD) has worked closely with Democratic Socialists of America for many years.

Ayanna Pressley (D-MA) Has been endorsed by Democratic Socialists of America. Worked with Freedom Road Socialist Organization front groups and with the pro-Beijing Chinese Progressive Association in Boston.

Andy Levin (D-MI) Close to Democratic Socialists of America for at least a decade.

Betty McCollum (D-MN) Close ties to communist Laos. Has worked with Democratic Socialists of America members. Traveled to Cuba in 2014.

Bennie Thompson (D-MS) Was close to the Communist Party USA for many years. Also supported one Communist Workers Party organization. Traveled to Cuba in 2000 and worked with Fidel Castro to train leftist American medical students in Cuba.

Greg Meeks (D-NY) Has traveled to Cuba at least 3 times. Was a strong supporter of Venezuelan dictator Hugo Chavez.

Grace Meng (D-NY) Very close to the pro-Beijing Asian Americans for Equality. Was also active in a radical Korean-American organization

Goal number two has been fufilled!

Does the constant assault upon the Trump presidency make sense, now? These communists are fulfilling a decades old plan to overthrow America. And as these Congressional representatives continue to raide hell by supporting groups like Antifa, the UN will surely show up with its Russians/Chinese forces all wearing blue helmets. This is the scissors strategies and Russian defectors have warned for years.