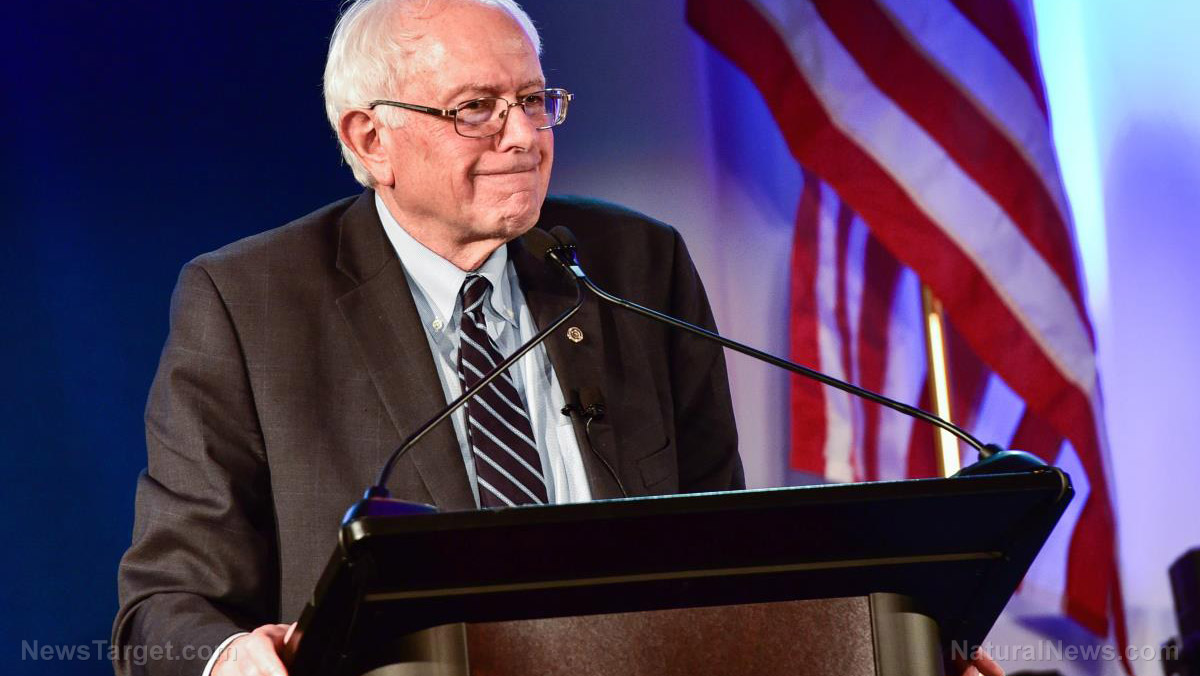 The other day, the train wreck of Democrats vying for the White House in 2020 participated in a seven-hour “town hall” event hosted by CNN during which they were asked important questions such as, will you ban meat in order to save the planet?, and will you support mass genocide to stop global warming?, to which Bernie Sanders responded to the latter question with an affirmative yes!

Okay, so the question wasn’t posed exactly like that. But in so many words, Beloved Bernie indicated that he’s fully onboard with exterminating masses of humans, including through abortion, as part of his plan to tackle the problem of “human population growth.” To Bernie, killing off unborn babies, including those pesky black ones, is great for “empowering women” and “educating everyone on the need to curb population growth.”

“The answer is yes,” Bernie stated when asked questions including everything aforementioned in quotes about implementing a global policy of population control. “Women in the United States of America, by the way, have a right to control their own bodies and make reproductive decisions,” he added, referring to the leftist sacrament of abortion.

Bernie says that, yes, he is “courageous enough” to talk about the “need” for massive population reduction around the world “to address the climate catastrophe” that he and his climate lunatic followers believe is manifesting all around us in the form of hot summer days and routine Atlantic hurricanes.

“I think, especially in poor countries around the world where women do not necessarily want to have large numbers of babies and where they can have the opportunity through birth control to control the number of kids they have, it’s something I very strongly support,” Bernie added further, emphasizing his desire to exterminate poor people especially.

For more related news about how leftists hate human life, be sure to check out Evil.news.

Hey, Bernie: Why not look at your own existence?

As with most leftists, Bernie failed to acknowledge how his own existence is negatively impacting the planet. Every time Bernie breathes, for instance, he’s expelling carbon dioxide (CO2) that he and his deranged followers say is “killing” the planet – even though it’s a scientific fact that CO2 is a life-giving molecule that sustains all life on earth.

If Bernie is so convinced that CO2 and other “greenhouse gases” are destroying earth to the point that he’s now advocating for a massive reduction in the world’s population, then perhaps he needs to examine his own existence. By reducing his own personal population from one to zero, Bernie could — by his own twisted logic — effectively help to “green” the planet and make it more “sustainable,” just like he’s now advocating for by calling on the lives of others to be terminated.

“It is a curious fact that proponents of the overpopulation myth never seem to tally themselves in the ‘over’ category,” adds Matt Walsh, writing for the Daily Wire.

“They are part of the population,” he adds. “Babies and poor people comprise the ‘over.’ This is a hideous argument coming from anyone, but it is especially grotesque and egregious to hear it come from an elderly politician.”