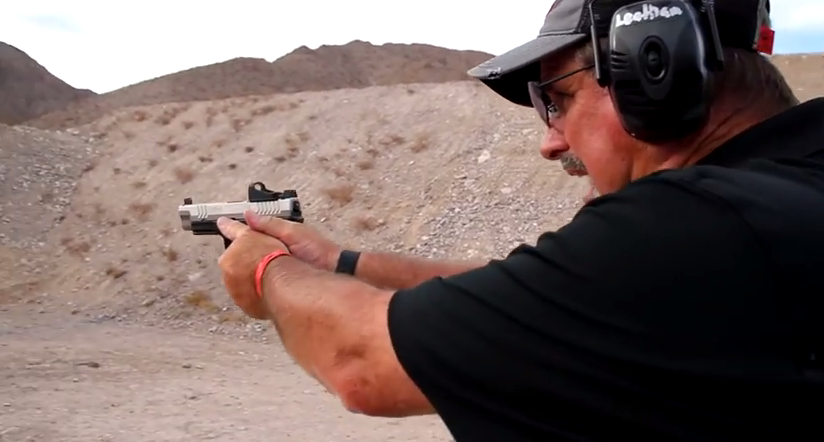 Cynical critics of President Obama’s gun control policies used to say he was actually the best gun salesman in the country. Every time he talked about banning guns or outlawing high-capacity magazines following a rare mass shooting with an “assault weapon,” Obama would sprint to the nearest TV camera to proclaim such weapons ought to be banned.

And sales would skyrocket.

Democrats haven’t learned this, however — not that it’s a bad thing. As more of them hop on board the latest gun control pushes following recent mass shootings, Americans are once again getting the message that they could someday face new gun bans and are instead responding with more gun purchases.

As reported by the Washington Examiner earlier this week, gun sales have surged 15 percent in recent weeks as more Democrats once again call for new bans on military knock-off guns as well as other gun control measures like “enhanced” background checks and “red flag laws.” (Related: The reason red flag laws are so dangerous is because corrupt bureaucrats will get to decide which mental states are “normal.”)

The leading indicator of gun sales jumped in August, driven in part by Americans seeking self-protection and deep concerns congressional Democrats are going to push through expanded gun control legislation.

Background check stats are not the end-all, be-all of total guns sales because, at present, sales between private individuals do not require one. But they are a pretty good indicator of new sales since gun stores and other retailers are required to perform checks before customers can buy one.

The NSSF said that the August background check figure adjusted for sales was 15.2 percent higher than in August 2018. And that figure was second only to August 2016 during the highly contested presidential election cycle in which many believed that Hillary Clinton would win and, as president, favor more gun control.

The latest surge in firearms purchases comes in the wake of new calls for gun control — mostly among Democrats but also from some Republicans — that include ‘assault’ weapon bans and limits on ammunition, the Washington Examiner noted.

Justin Anderson, the marketing director for Hyatt Guns in Charlotte, N.C., one of the country’s biggest sellers, told the news site that new fears over Left-wing gun control pushes as well as a heightened desire for self-defense are driving sales to new levels.

“As we’ve seen in the past, the recent publicizing of mass shootings has fueled people’s concerns about their personal safety. We are seeing many first-time gun buyers, and our concealed carry classes are booking up quickly,” he said.

“Political figures talking about gun bans and confiscation is also starting to figure into sales. We’ve seen a slight uptick in the sale of tactical rifles as a result,” he added.

The NSSF reported that the FBI told the group that the overall NICS background check number for August was 2,341,363.

One of the more concerning pieces of legislation being bandied about, however, is the passage of a federal red flag law. Critics say such measures, which have been passed by several states, allow courts and police to confiscate an owner’s firearms if he or she is deemed a violent risk. The owner does not get to appear in court to defend himself, depriving him of his due process rights, not to mention his Second Amendment right to “keep and bear arms.”