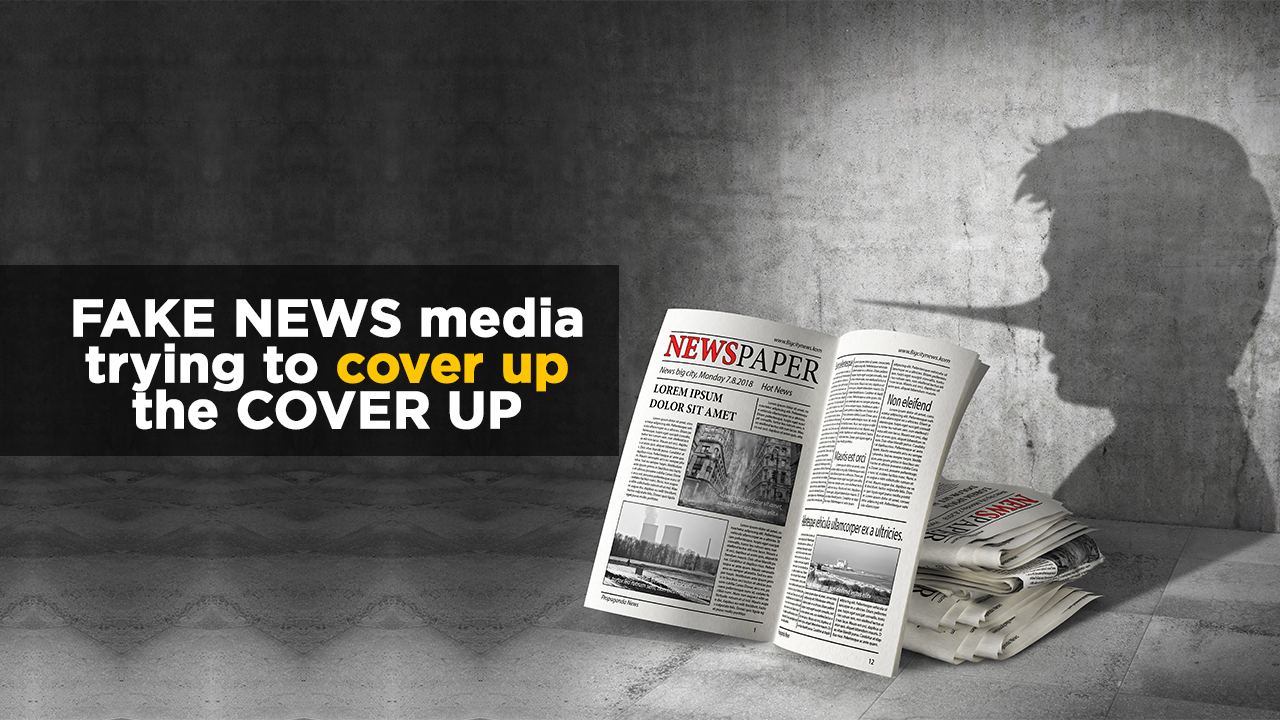 Much of what passes for news reporting today not only lacks an unbiased slant but substance as well.

Think about what you’ve read or watched or heard today in terms of news and ask yourself, “Do these things matter in my life and the lives of my family and friends, or are they meaningless in the great scheme of things?”

Chances are very good that you’ll answer in the latter most every day of the week.

Conservative talk show giant and co-founder of Blaze TV, Mark Levin, said during a Fox News appearance with Sean Hannity Thursday that the media creates “pseudo events” usually aimed at undermining a conservative or President Donald Trump, then report and amplify them.

Levin, author of the top-rated book “Unfreedom of the Press,” which has been on The New York Times’ bestseller list for 14 weeks (most of them at No. 1), told Hannity that while most Americans don’t know the names of ‘mainstream’ news correspondents like CNN’s Jim Acosta and Brian Stelter, when they do watch them “they don’t like them.”

“There’s great disrespect for the media today, they have a great credibility problem thanks to them,” Levin noted. “They’ve turned off half of America. They treat half of America with utter contempt.”

That would be because the ‘establishment’ media spends nearly all of its time bashing President Trump and his supporters, labeling them “racists,” “bigots,” “Nazis,” “homophobes” and, for the Caucasian majority, “white supremacists.”

In addition, the mainstream hosts and their guests — nearly all of them Democrats, former Obama officials, or noted opponents of the president — have alternately described him as “Hitler,” “Mussolini,” “deranged,” “Stalin,” a “serial liar,” and a “dictator,” among other descriptions, none of which are credible.

Levin also noted that the mainstream media, in the Trump era, have pushed lie after lie in an attempt to destroy his presidency, including that he “colluded with Russia” to “steal the election” from Hillary Clinton, that he obstructed justice in the recently completed Robert Mueller investigation, and that he has committed other impeachable offenses.

Trump hasn’t put any reporters under surveillance like Obama did

“So of course the public is turning on the press,” Levin said. “And the president has every right to defend himself” by labeling their reporting “fake news.” (Related: Proof the left wing “establishment media” is nothing but a fake news factory after TWO more anti-Trump stories fall apart within hours.)

A survey taken by Investors Business Daily in February found that fully half the country says their trust in the media has fallen over the past two years — or roughly since President Trump took office — which includes a large plurality of Independents (49 percent).

In addition, the survey fond that “more than two-thirds of the public (69%) think the news media ‘is more concerned with advancing its point of view rather than reporting all the facts.’ Only 29% of the public disagrees with that statement.”

“The media creates pseudo-events. The president is so right, he calls it fake news. They create fake news, pseudo-events, and then they report on them and repeat them,” Levin told Hannity.

The co-creator of Blaze TV went on to note that today’s journalism students are taught that it’s not enough to be objective pursuers of the truth. “Social activism, progressivism, that’s how you need to wrap your news,” he said, detailing what the curriculum teaches.

Levin then singled out The New York Times for criticism, citing three books written some years ago by various professors detailing how the “paper of record” covered up the Holocaust while essentially providing anti-Semitic ‘aid and comfort’ to Adolph Hitler’s Nazi regime. What’s more he said, the paper’s editorial page editor also has a history of making anti-Semitic statements on social media.

Finally, Levin said that Trump hasn’t had the media shut down or put under surveillance like earlier presidents from our founding up through JFK and FDR and even “the great” Barack Obama.

“And yet they hate” Trump, he said. “Why? Because he’s pro-American and they are anti-American.”