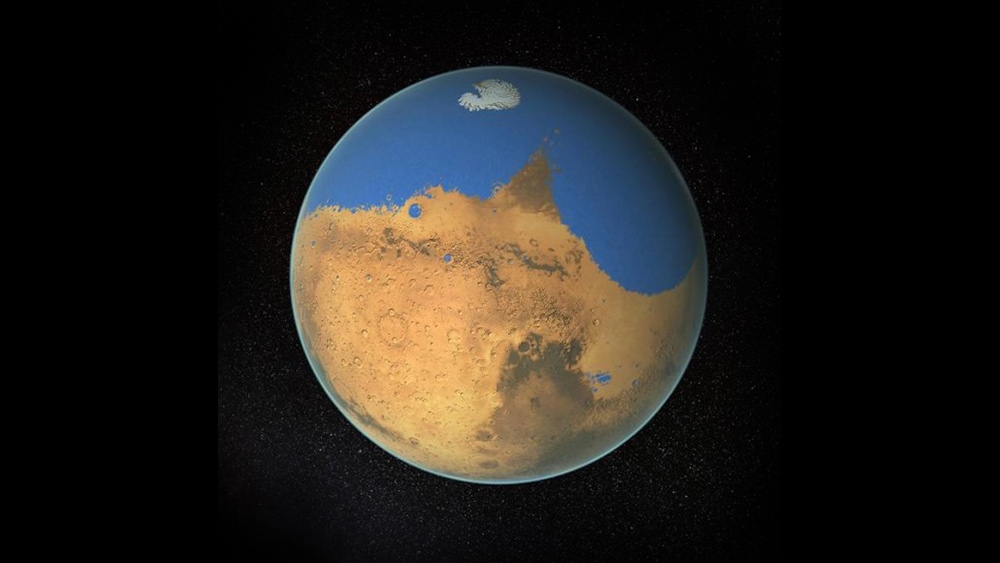 Liquid water had long since deserted the surface of Mars, leaving only the faint marks of its passage in the form of dried-out channels, lake-beds, and valleys. But researchers said that the Red Planet might harbor flowing water hundreds of meters underground.

Previous studies have indicated that the Martian south pole contained lakes of liquid water buried far below the surface. In contrast, the equatorial region displayed terrain features that originated in ancient streams and rivers, which moved across the ground level or slightly below the surface millions of years ago.

Researchers from the University of Southern California (USC) pored over data collected by the ESA’s Mars Express and NASA’s Mars Reconnaissance Orbiter. Based on their evaluation of sounding radar images, they claimed that active groundwater might be found outside the polar regions of Mars.

They now believed that the conditions in the underground areas away from the polar regions might support the liquid form of water. The deepest instances of these bodies of active groundwater appeared to be at 750 feet.

Furthermore, some of the groundwater might eventually make their way to the surface of Mars. These streams marked the walls of many craters with snake-like streaks. (Related: Asteroids impacting Mars may explain where all the water came from.)

The USC research team concentrated their efforts on recurrent slope lineae – dark flows that slowly moved down sheer slopes over time. They appeared to stem from brief rivulets of liquid water on the supposedly dry surface of Mars.

Heggy served on the Mars Advanced Radar for Subsurface and Ionosphere Sounding (MARSIS) team. He accessed data from the sounding radar system aboard the Mars Express orbiter.

He and his colleague Abotalib Z. Abotalib examined the radar imagery of the ground fractures that ran along the sides of asteroid impact craters. They noticed that the fractures resembled water-related terrain features on Earth’s deserts.

The researchers studied desert hydrology, the distribution, movement, and quality of water in dry regions. Their earlier work in the Sahara Desert of North Africa and the Arabian peninsula paid off as they noticed similar behavior in Mars’ recurrent slope lineae.

Heggy pointed out that Earth and Mars were the only planets in the solar system that showed clear signs of groundwater. The similar stockpiles of underground water suggested that the planets developed along somewhat similar lines – and that Earth might one day become as dry as Mars.

Furthermore, he and Abotalib believed that an active groundwater system lent strong support to the theory that ancient Mars once hosted large amounts of liquid water that flowed across its surface.

For future studies of the recurring slope lineae on Mars, the USC researchers recommended looking much deeper for groundwater sources.

“Understanding how groundwater has formed on Mars, where it is today and how it is moving helps us constrain ambiguities on the evolution of climatic conditions on Mars for the last three billion years and how these conditions formed this groundwater system,” Heggy said. “It helps us to understand the similarities to our own planet and if we are going through the same climate evolution and the same path that Mars is going.”