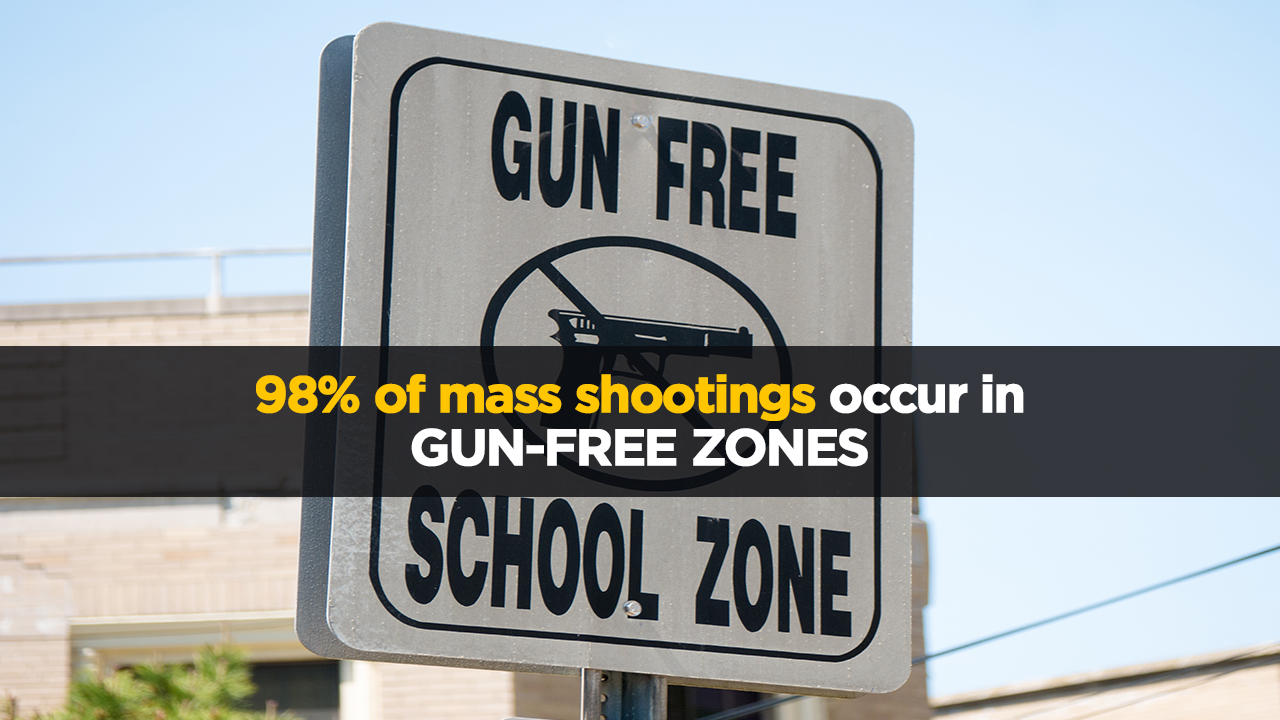 Normally, virtue signaling is a harmless, politically correct way to show someone how much you claim to ‘care’ about a certain issue or a certain person, but in the case of the Mormon church, virtue signaling to the gun control crowd can get your members killed.

As reported by The Associated Press, officials who lead The Church of Jesus Christ of Latter-day Saints have implemented a new policy that prohibits members from taking guns with them into church services.

In the past, the Mormon church merely frowned upon the practice. But now leaders have created several new “gun-free zones” that are going to be infinitely less safe than they were before the policy.

The previous policy called it inappropriate to have weapons on church property. It still includes an exception for law enforcement officers.

The clarification comes one year after a fatal shooting inside one of its churches in rural Nevada and as religions around the country grapple with how to deal with gun violence that has spread to places of worship.

So once again, police officers are considered important enough to retain the means to protect themselves, but not ordinary citizens (no offense, officers; I know your departments require you to be armed but what about the rest of us?)

The AP noted that the new policy took effect during the first week of August. A letter outlining it was first sent to local church leaders in Texas and shared with members, according to church spokesman Daniel Woodruff.

Why Texas? Because a new law in the Lone Star state that will soon take effect makes it even clearer that licensed concealed carry holders can take their guns inside churches, synagogues, and other places of worship — because they are increasingly being targeted by crazies.

Woodruff notes that the same letter from church commanders in Salt Lake City will also be sent to other local Mormon leaders so they can share it with their congregations.

This will NOT make church-goers safer

“Churches are dedicated for the worship of God and as havens from the cares and concerns of the world,” the revised policy notes, according to the AP. “With the exception of current law enforcement officers, the carrying of lethal weapons on church property, concealed or otherwise, is prohibited.” (Related: Is Texas Gov. Greg Abbott selling out to the anti-gun lobby?)

So, does the new policy come with a “This Church is a Gun-Free Zone” sign so members can openly and ‘joyously’ proclaim to the public that they are now sitting ducks for the next madman with a mental problem?

It gets better. The AP notes the change in policy is located in a section of the Mormon handbook (yes, apparently there is such a thing) that “isn’t commonly read by church members so how this is disseminated will affect how much impact it has at the congregational level, said Matthew Bowman, an associate professor of history and religion and Howard W. Hunter Chair in Mormon Studies at Claremont Graduate University in California.

And now, the virtue-signaling part:

The move is likely driven by rising awareness of gun violence in the U.S. Bowman said it also seems to fit with the church’s attempt to adapt to being a more global religion, representative of cultures other than the American West that is steeped in hunting and guns.

“It is illustrative of the church’s slow evolution away from being a largely Western rural church which it has been for a long, long time toward a more cosmopolitan, international organization,” said Bowman.