Former CNN host Piers Morgan blasts the crazy Left: “Liberals have become unbearable” which is why Trump populism “is rising” 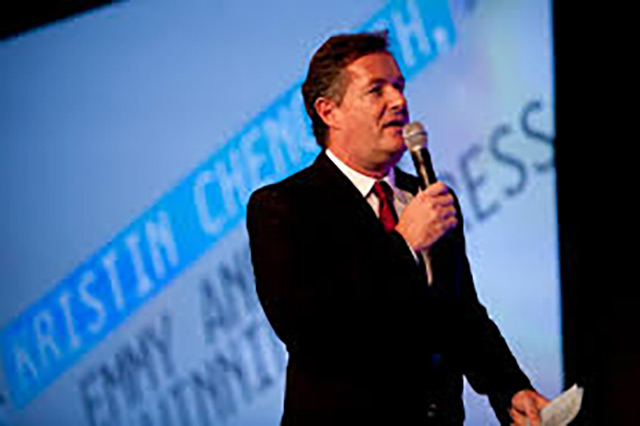 There was a time when British journalist and former CNN host Piers Morgan was about as contemptible as anyone else on that network.

His Left-wing stances on every political issue from immigration to taxes to gun control were difficult for pro-America, pro-liberty, pro-constitutionalist individuals to watch, let alone agree with.

But something has happened to Morgan in recent months: He’s realized that yesterday’s “liberal Democrats” have been transformed into today’s “Democratic Socialists” who shun liberty, embrace tyranny, and are decidedly “illiberal.”

In an interview with sometimes-contemptible “conservative” Ben Shapiro, Morgan noted that he remains a liberal at heart but lamented that the Democrat Left has become intolerable, politically.

“What’s the point of calling yourself a liberal if you don’t allow anyone else to have a different view? You know, this snowflake culture we operate in, this victimhood culture that everyone has to think in a certain way, behave a certain way. Everyone has to have a bleeding heart,” he added.

No doubt that Morgan is correct, and frankly, the Democrat Left has been trending towards irrationalism, tyranny, and an authoritarian mindset for years. We used to call it being “politically correct,” but Democrats have gone from ‘requesting’ compliance and conformity to demanding it and punishing anyone who disagrees or strays from the ‘accepted’ mode of thought.

When did @piersmorgan become so woke? pic.twitter.com/SaYmAMsA2g

If the Left can lose Piers Morgan…

Indeed it is. In fact, Left-wing extremist groups like Antifa claiming that they are ‘fighting fascism’ by opposing President Donald Trump, his supporters, and all conservatives is a sick joke. They are the ones who employ the Nazi Brown Shirt tactics of violence and intimidation against political opponents.

In the 1930s as fascism was rising in Italy and becoming more mainstream in Hitler’s Germany, Brown Shirts would beat opponents, burn books, and attack institutions. Clearly, the Left is responsible for doing very similar things today. (Related: Left-wing VIOLENCE has created a ‘new normal’ for GOP Congress: Dramatic increase in THREATS.)

While Antifa and other Left-wing extremists don’t burn books, they work to deplatform conservatives and Trump supporters from social media, the “public square” of the 21st century. They seek to deny them a voice in public. They attempt to beat them into silence, and when that doesn’t work, they appeal to others to shut down opponents’ voices by banning them from Twitter, Facebook, YouTube, and other modes of communication.

All the while, their allies in the “mainstream” media denigrate, insult, and lie about conservatives and Right-leaning Americans who favor constitutionalism, the rule of law, open dialogue, gun rights, and President Trump’s “America first” policymaking mentality.

How is all of this violence and political intimidation playing out around the country? Well, there are enclaves like Portland, Ore., and Seattle, Wash., where such anti-conservative attitudes are not only acceptable but required. And yet, some believe that the Democrat Left is pushing too far, that it has become too extreme, and in doing so has become a destructive political and social force.

And frankly, if Piers Morgan senses a big problem on the Left, then you can be assured one exists.