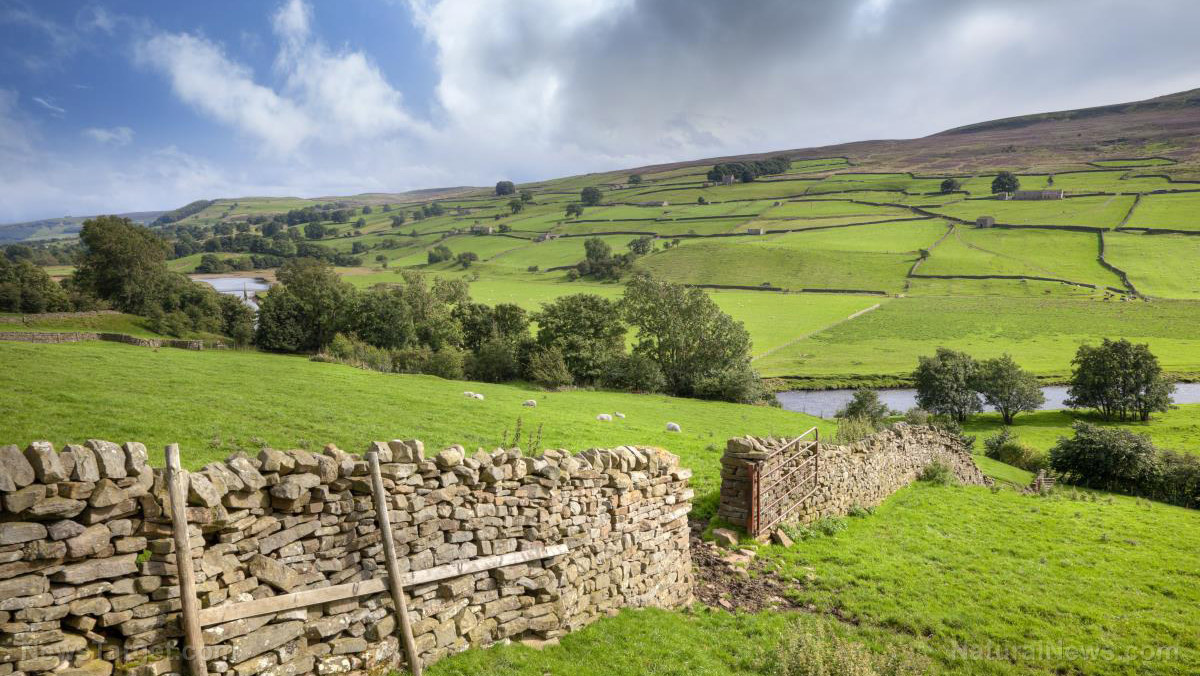 The dozens of Democrats running for president in 2020 are falling all over each other trying to virtue signal the loudest about how they believe that reparations should be paid to the black descendants of slavery in America. But what about the white Anglo-Saxons who were violently overthrown by the Normans during the Norman Conquest of 1066?

You might be unfamiliar with this historical event since the victims were white, but the indigenous Anglo-Saxons of England were invaded, attacked, slaughtered, displaced, and then replaced by Norman invaders who ultimately separated Anglo-Saxon families, stole their land, and implemented a system of Norman supremacy that’s ever since held the upper hand in modern English society.

It’s a gruesome bit of history that’s every bit as disturbing as it is true, and yet today’s Anglo-Saxons have yet to receive their portion of reparations for the crimes committed against them. And Anglo-Saxons continue to face discrimination in the form of lesser access to education, lower incomes, and disproportionately subservient status throughout society.

“The fact that Norman surnames had not been completely average in their social distribution by 1300, by 1600, or even by 1900 implies astonishingly slow rates of social mobility during every epoch of English history,” Clark contends, revealing that Norman supremacy has had a lasting negative impact on those of Anglo-Saxon descent.

Graduates of these two universities, in case you didn’t know, make an average of £400,000 (about $486,000) more throughout their lifetimes than graduates from other universities. This suggests that the descendants of the original Norman invaders are likely earning tens of thousands of pounds more than non-Normans.

“By any standard, the effect on indigenous English society was enduring devastation,” writes Sahil Mahtani for The Spectator about the horrors of the Norman Conquest that have yet to be rectified with reparations.

“Through war, invasion and genocide, the Anglo-Saxon ruling class was almost entirely replaced, control of the church and state surrendered to foreign adversaries, English replaced by Norman French as the language of government, and England’s entire political, social and cultural orientation shifted from Northern Europe to the continent for the next thousand years.”

White people have been victimized, enslaved, and replaced via genocide all throughout history – where are their reparations?

By the year 1086, notes Mahtani, the Normans had seized roughly one-third of England’s 12.5 million acres of arable land, which they divided up into lavish properties for their massive estates. This land today is worth about £25 billion (about $30 billion), or £7,000 (about $8,500) per acre, which means the descendants of the Norman invaders owe at least this much to the descendants of their Anglo-Saxon victims.

“There will be inevitable quibbles, such as descendants of Normans claiming that they were not personally responsible. But this is feeble prattle,” Mahtani writes, somewhat tongue-in-cheek to get the point across that, if we’re going to talk about reparations for blacks, then we also need to address reparations for whites.

“Countries typically honour treaties dating hundreds of years in the past, despite no one being alive who signed them. We pay debts accumulated by previous generations. Similarly, reparations correctly depend on a notion of collective and inherited responsibility, precisely why the Jews were held accountable for the death of Jesus Christ for most of the Christian era.”

To learn more about why stuff like this will never hit the mainstream news because it doesn’t fit the current anti-white narrative, be sure to check out PoliticalCorrectness.news.

You can also keep up with the latest nonsense coming from the Democratic Party at Libtards.news.