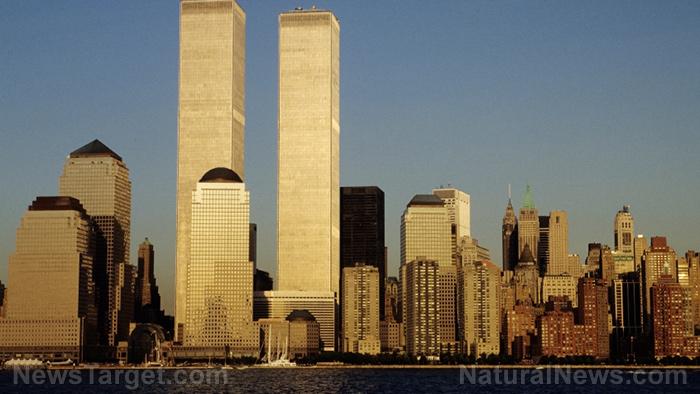 9/11 Hasan Piker of The Young Turks, Cenk Uygur’s nephew, shockingly declared that “America deserved 9-11” during a recent livestream where he was commenting on Rep. Dan Crenshaw’s appearance on the Joe Rogan Experience.

Piker also referred to the man who took Rep. Crenshaw’s eye as a “brave f-cking soldier.”

In his crass rant, Piker asked, “didn’t he go to war and literally lose his eye because some mujahadeen, a brave f-cking soldier, f-cked his eye hole with their d-ck? Isn’t that how he lost his f-cking dumb-ss eye?”

Rep. Crenshaw lost his eye during his third deployment when he was hit by an improvised explosive device.

Cenk's Nephew called the man who took @DanCrenshawTX's eye a "brave fucking soldier" This is what happens when you're gifted a job by your Uncle you know you didn't earn & it eats away at your mental state. pic.twitter.com/BohESrbvJ6

Piker later attempted to back track, but failed, saying that “we totally f-cking brought it on ourselves.”

Piker went on to trash an unnamed source who spoke to the police about the photos, which were published without the women’s consent.

“Who the fuck is this ‘Greek Insider’?” Piker wrote. “Definitely a rival from FIJI or whoever the Pikes have beef with. Talking all this smack on the article while hiding behind anonymity, saying this fraternity isn’t representative of all other FIU fraternities. Obviously trying to cover his ass. Don’t tell me you don’t get girls to take Rush Boobs pics for recruitment. Unless he’s in like one of those co-ed fraternities or something.”

After many celebrities fell victim to a hacker and had their nude photos published online without their consent, the “Woke Bae” as he has been referred to by BuzzFeed tweeted a massive celebration.

“OMG I GOT TO SEE JENNIFER LAWRENCE NAKED,” Piker tweeted. “Nudies are only for the eyes of the intended delivery address and their close friends. Except for when icloud gets hacked. #CelebGate #JLaw”

“Co-workers looking at the leaked nudes from the hacking scandal while I judge them,” Kasparian wrote in a 2014 Instagram post.

In another post on the BroTip, Piker wrote about a man who was sued for giving his girlfriend herpes that he contracted during an affair. He also praised him as a “smooth talker” for “tricking” models into unprotected sex.

Piker wrote of the case, “William Lerner you dog,  you tricked half of NY into paying outrageous fees for letting their cars get banged up by a bunch of illegal attendants in tight ass parking lots, and now you’re tricking models into having unprotected sex with you. What a smooth talker this guy must be. Well maybe not the smoothest criminal if it took you months to finally have unprotected sex.”

Piker’s respect for women, especially those who excel in their fields, was also on display in an August 22, 2013 post about President and CEO of Yahoo! — Marissa Mayer.

“Her ability to make magic happen online and be a phenomenal CEO only makes Mayer like 11 times hotter and If I somehow had the opportunity to bone her, it would be magical yet somewhat disastrous because I would eventually have to die… From a tragic case of overdosing.. on high fives. Just look at that bitch-face. And that is why Marissa Mayer is our Babe of the Week!” Piker wrote. He also captioned a photo of her with, “I want to make babies with your face.”

Just like his uncle Cenk, Piker also weighed in on prostitution on his old blog.

“So I know what most of you are thinking; ‘Ew prostitution Brofessor? That’s gross.’ Well I’m not  talking about the type of prostitution that they do in  Taken where suave French dudes smooth talk your tourist ass into sex slavery. What I mean is the nice legalized prostitution that they do out in Nevada, which is basically the same concept of a strip club, but like a million times better because it doesn’t leave you hanging with balls as blue and as big as a beluga whale so you can get an over the pants hand-job in the 500$ champagne room,” Piker wrote while discussing prostitution booths in Switzerland.

Read more at: TheGatewayPundit.com and Violence.news.