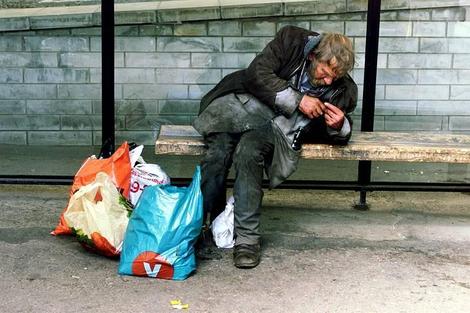 Over the last several years, we’ve published numerous stories on ANP about the complete collapses of Democrat-run cities across America and we get more evidence of that today in this new story over at Biz Pac Review that Whatfinger had linked to on Wednesday which reports a staggering number of Americans are now fleeing what their story terms “the four states of the apocalypse” yet as we instantly see in their story, they don’t even mention what’s happening now in states on the West Coast.

Labeling the states of Illinois, New Jersey, Connecticut and New York as those 4 states run by radical left politicians and their policies that now see Americans leaving in droves, their story then asked “where are they headed?” before answering “straight to the conservative heartlands of Florida, Tennessee, Texas, Utah and North Carolina.”

And while their story reports that one of the reasons many are leaving is because of the very low taxes in those states, as we’ll explore within the next section below, one of the biggest reasons people are fleeing liberal run cities and states in record numbers is because their larger cities are turning into drug, trash, crime and homeless infected ‘hell-holes‘. With many of them full of people suffering from diseases long ago believed eradicated in America, what’s happening now in these left run cities and states should give Americans the perfect reason to eliminate leftist politics completely from this country; ‘liberalism‘ is destroying America. First, from this Biz Pac Review story with much more below.

“This is the big demographic story of our country,” Moore said Tuesday on Fox News. “It may be the biggest political economic story that’s happening in America — the transformation where people are moving out of the high-tax states at a rate of about 1,000 people everyday to low-tax states.”

“We just need an analysis at ALEC — I’m on the board there — of four states that I call the ‘four states of the apocalypse.’ You know what they are? New York, New Jersey, Connecticut and my home state of Illinois just getting clobbered because they have the highest taxes. They actually have huge budget problems, though they have high taxes.” This recent story over at Fox News is a must-read if you want to know what’s really happening now in Democrat-run cities in America, uncensored by all of the leftist mainstream media outlets such as CNN, MSNBC, etc.

While most ‘leftists‘ will claim how ‘altruistic‘ they are, actually talking about pushing ‘socialism‘ onto the masses to help the ‘less fortunate‘, this new Fox News story proves just how big of hypocrites most of them are with one of the richest cities in the entire world turning into a cesspit of crime, homelessness, and filth.

In the summer of 2019, Fox News embarked on an ambitious project to chronicle the toll progressive policies have had on the homeless crisis in four West Coast cities: Seattle, San Francisco, Los Angeles and Portland, Ore. In each city, we saw a lack of safety, sanitation and civility. Residents, the homeless and advocates say they’ve lost faith in their elected officials’ ability to solve the issue. Most of the cities have thrown hundreds of millions of dollars at the problem only to watch it get worse. This is what we saw in San Francisco.

San Francisco is a city of extremes. It has more billionaires per capita than anywhere else in the world, but it also has a homeless problem so severe that it rivals some third-world nations. On any given day you can see souped-up Lamborghinis and blinged-out trophy wives in one part of the city, then walk over a few blocks and see piles of human feces, puddles of urine and vomit caked on the sidewalks. The misery of homelessness, mental illness and drug addiction hits deep in San Francisco and has turned parts of a beautiful city into a public toilet.

As the problem grows, residents are finding themselves at a crossroads. The compassion for those struggling is constantly being challenged by a fear for their own safety and quality of life. It never had to get this bad, say critics, who are appalled that it’s getting worse every day.

So with leftist cities all across America completely falling apart, why do ‘the masses‘ in those cities continue to vote Democrat, over and over and over again? It’s long been warned that the REAL definition of insanity is “doing the same thing over and over again and expecting a different result“. More proof ‘liberalism is a mental disorder?‘ With some of those leftist billionaires being some of the same people who are pushing ‘socialism‘, all we need to do is take a look at their own cities to see what ‘socialism‘, the precurser to Communism, would bring to America.