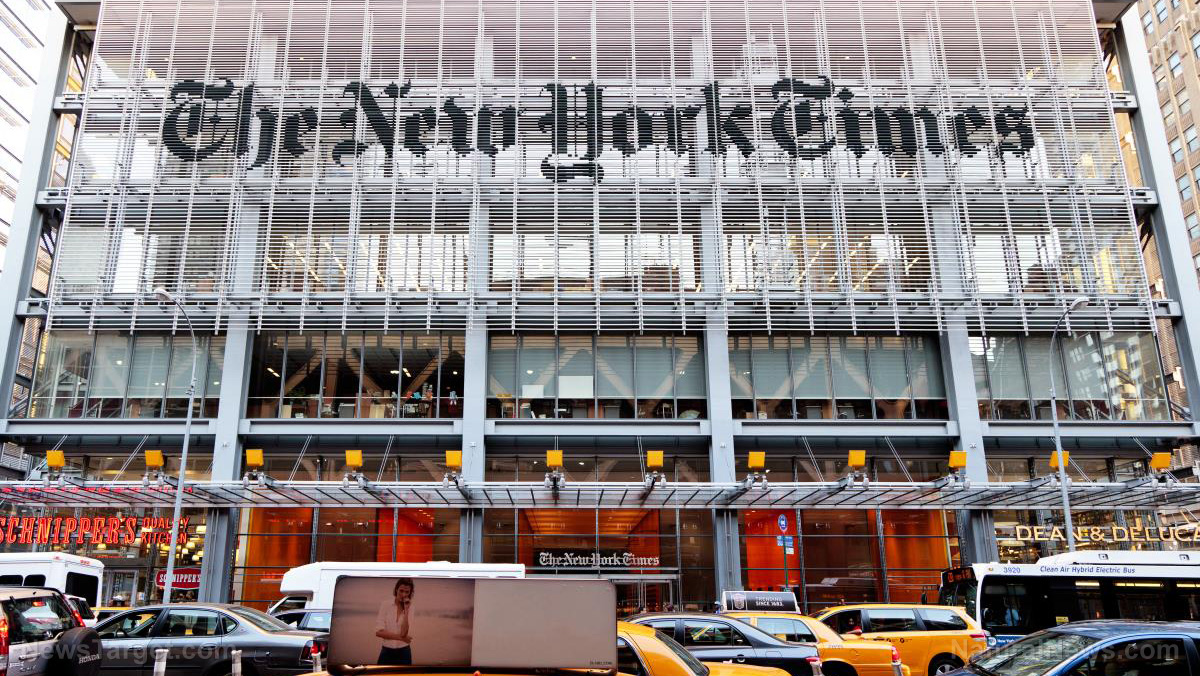 There was a day, not so very long ago, when one newspaper shone brighter than all others: The New York Times.

The Gray Lady each day gathered up “All the News That’s Fit to Print” as it ruled over the journalistic world, becoming the “newspaper of record” in America. If it wasn’t in The Times, it wasn’t all that important. For a century and a half, the paper — which has won 127 Pulitzer Prizes, far more than any other — adhered to the highest of standards.

But not anymore. Not even close.

For more than two years, the editors at The Times produced hundreds of weak articles pushing a story they claimed was solid as a rock: President Trump and his campaign coterie colluded with Russia to alter the outcome of the 2016 election. The Times hyped and rehyped the fishy fish story, even as the narrative was clearly crumbling all around them.

Then Robert Mueller, the knighted keeper of the truth championed by the left as a near saint, blew the whole thing. In his $32 million report, the special counsel wrote that his investigation “did not establish that members of the Trump campaign conspired or coordinated with the Russian government in its election interference activities.”

With that story dead and buried, The Times had to move on — fast. They needed another narrative to write up daily through Election Day 2020, and they pivoted quickly to one that the paper’s top editor declares is a pure fact: Trump is a racist.

“We built our newsroom to cover one story, and we did it truly well,” Executive Editor Dean Baquet said last week in an internal “town hall” with key members of the paper’s staff, a recording of which was leaked to Slate. “Now we have to regroup, and shift resources and emphasis to take on a different story.”

Baquet was shockingly frank as he admitted that “our readers” were distraught when Mueller cleared the president.

“The day Bob Mueller walked off that witness stand, two things happened,” Baquet said. “Our readers who want Donald Trump to go away suddenly thought, ‘Holy s—t, Bob Mueller is not going to do it.’ And Donald Trump got a little emboldened politically, I think. Because, you know, for obvious reasons. And I think that the story changed. A lot of the stuff we’re talking about started to emerge like six or seven weeks ago. We’re a little tiny bit flat-footed. I mean, that’s what happens when a story looks a certain way for two years. Right?”

But then Baquet got to the real point: What to do next.

“I think that we’ve got to change,” he said, adding that The Times’ new focus will be to “write more deeply about the country, race and other divisions.”

“I mean, the vision for coverage for the next two years is what I talked about earlier: How do we cover a guy who makes these kinds of remarks?” he said. “How do we cover the world’s reaction to him? How do we do that while continuing to cover his policies? How do we cover America that’s become so divided by Donald Trump?

“How do we write about race in a thoughtful way, something we haven’t done in a large way in a long time? That, to me, is the vision for coverage. You all are going to have to help us shape that vision. But I think that’s what we’re going to have to do for the rest of the next two years,” he said.

And there you have it: The top editor at the most respected newspaper in the country declares that he and his editors and reporters plan to stoke social discord in order to oust a sitting president — right up to Election Day.

The “town hall” was called after a fair and balanced editor at The Times wrote a headline capturing Trump’s comments when two mass shootings in one weekend shook the nation: “Trump urges unity vs. racism.” After outrage from prominent liberals and some staffers, the paper changed its headline to “Assailing hate but not guns.”

So get ready for a lot of Times stories about how Trump is a racist. Hey, it doesn’t have to be true — the Russia collusion canard wasn’t. But clearly, the once-great New York Times isn’t going to let a pesky thing like facts get in the way of a good story.