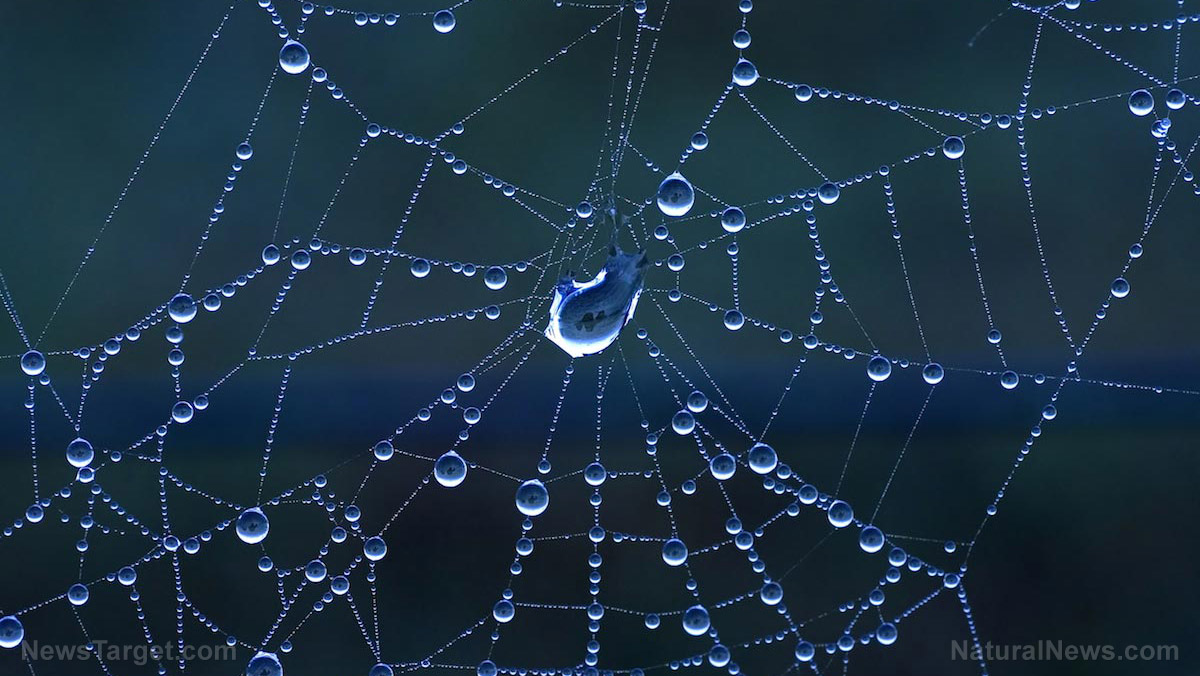 Scientists have come closer to revealing the secret to Spider-Man’s webs. In a study presented at the American Chemical Society’s National Meeting and Exposition, researchers from Washington University in St. Louis, led by Fuzhong Zhang, demonstrated that engineered bacteria can mass-produce spider silk and other useful proteins for space missions.

The challenge of large-scale silk production

Silk is a natural material that puts man-made objects to shame in terms of strength and toughness. Spider silk has a tensile strength of up to 1.75 gigapascals (GPa). This makes it about 100 times stronger than steel of the same amount and twice as tough as Kevlar – the same material used to make bulletproof vests. (Related: Here’s the U.S. Army’s efforts to create a bullet-proof “spider suit”.)

A scarcity of silk

Unlike steel, silk cannot be mass-produced by conventional means, so scientists make do with obtaining natural supplies of this material. The problem is, spiders produce little amounts of silk to be useful for large-scale research. Farming for silk in facilities where spiders are forced to come into contact with one another also makes them cannibalistic. This why researchers have turned to yeast, plants, and even goats to create synthetic silk, but so far, results are mixed.

“In nature, there are a lot of protein-based materials that have amazing mechanical properties, but the supply of these materials is very often limited. My lab is interested in engineering microbes so that we can not only produce these materials, but make them even better,” Zhang explains.

The problem is that spider silk proteins are locked by the spider’s DNA sequences. When scientists try to put these DNA sequences into other organisms, like bacteria, the host destroys the sequences.

Zhang and colleagues thought of a novel way to get around this problem. What if they instead chopped these long sequences into shorter ones, which the host bacteria can handle and convert to proteins? Afterward, they can “open” the bacteria and join the proteins together.

To do this, the team introduced spider silk genes into host bacteria, which then converted them to two pieces of protein each flanked by a split intein. Split inteins join two protein fragments together to create a bigger protein. What the scientists did next was to open the bacteria and purify the fragments, and then mix them. The split inteins glued the proteins together, which then became an intact, full-length spider silk protein.

All they had to do was spin them into fibers, which yielded more silk than they would otherwise get from a spider farm (up to two grams of silk per liter of bacterial culture).

NASA is one of the study’s primary funders, Zhang notes. “They’re currently developing technologies in which they can convert carbon dioxide into carbohydrates that could be used as food for the microbes that we’re engineering. That way, astronauts could produce these protein-based materials in space without bringing a large amount of feedstocks.”

The breakthrough allows silk production at a sufficient quantity – and reasonable cost – for use in space missions. For example, it may comprise next-generation spacesuits. A study observed the effects of exposing natural fibers to space over 18 months. While pure silk degraded, silk composites (such as silk-collagen fiber composites) showed remarkable resistance to the rigors of space travel. NASA is also looking to shield medication for transport to Mars with silk-based biomaterials.

Zhang’s team is also finding ways to join the separate fragments of the silk protein inside the bacteria themselves without having to purify them in a lab. This can lead to automation and greater efficiency, which would benefit a space station that needs silk-based materials quickly.

Mass-producing spider silk can lead to better-funded research on its properties. Who knows, scientists may soon be able to unlock spider-silk strong enough to stop a derailing train.