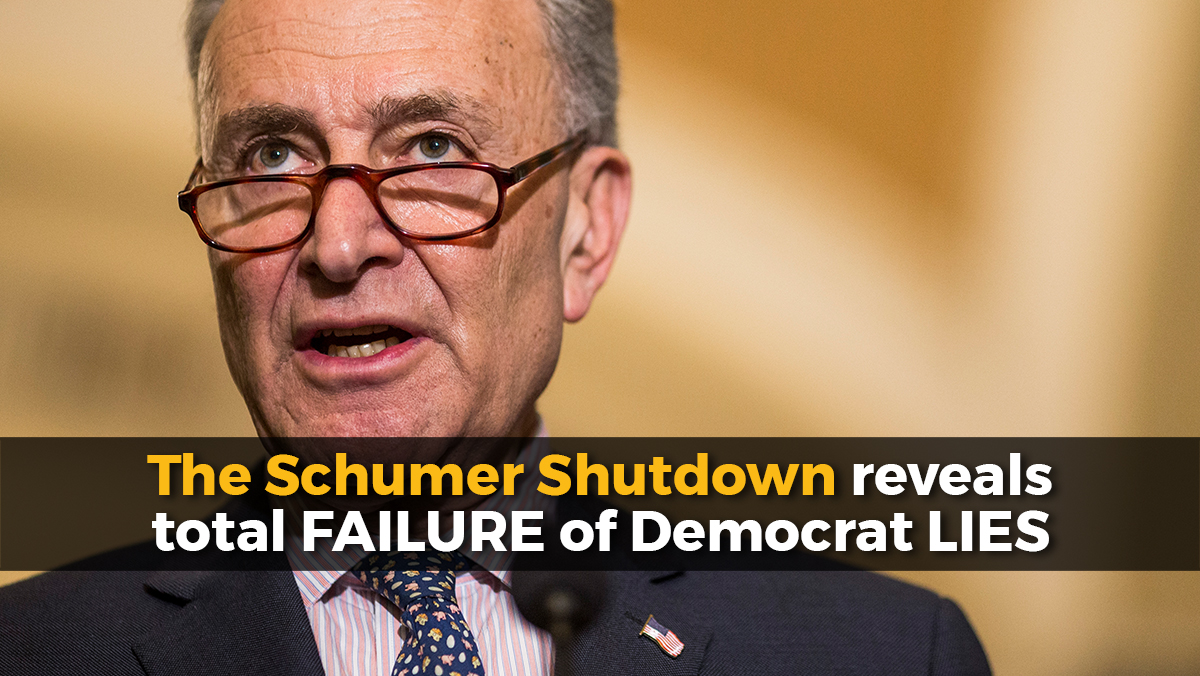 Another day, another Democrat, post-mass shooting, who wants to stifle liberty and steal more of your freedom.

In the wake of the most recent shootings in El Paso and Dayton, the Senate minority leader, Chuck Schumer of New York, wants to make it more difficult for even schoolchildren to survive such an incident.

Senate Minority Leader Chuck Schumer (D-N.Y.) plans to push new legislation that would regulate the sale of personal body armor to civilians in the wake of two mass shootings earlier this month.

Schumer, on Sunday, said he would introduce the legislation later this fall after Congress returns from its August recess.

According to the report, Schumer’s bill would require the FBI to start regulating the sale of body armor (as if the bureau a) didn’t have enough to do already; and b) has earned back enough trust post-James Comey and Barack Obama to be trusted to fairly regulate anything).

Of course there are going to be government exceptions: Police, federal agents, the military, and so forth.

You civilians? You’re on your own. Better yet, you’re sacrificial lambs at the altar of gun control and Left-wing tyranny.

Yes, body armor has indeed been used by some of the most recent mass shooters. Got it. But body armor is a legal item and in and of itself is not normally a problem. Body armor hasn’t stopped police from subduing these lunatics. And body armor shouldn’t even be on a list of policy proposals aimed at curbing shootings in the first place, which ought to be the priority here.

But even so, Schumer’s legislation would be an insult to American ingenuity and the free market: What would happen to all of those bulletproof school backpacks parents have been buying for their children? Would those safety items suddenly be outlawed because Chuck Schumer is a much better tyrant and theft of liberty than a U.S. senator? (Related: White House slams Nancy Pelosi and Charles Schumer for “pettiness” after they REFUSE to meet Trump for budget negotiations.)

What about fire or EMS personnel — would they be exempted? Many of them wear body armor when they are on the job because they work in virtual war zones (like portions of Baltimore, Chicago, St. Louis, and other large Democrat-run cities).

We don’t know. Schumer’s got all the details.

Body armor is a safe and legal product that has not contributed to the loss of life for police in their attempts to subdue mass shooters. Why it would even come up as something that Schumer thinks needs to be banned is anyone’s guess. It’s most likely tied to the fact that he’s a member of a tyrannical party.

In fact, “everyday ballistic gear,” as the Washington Post describes it, is a booming business (that Schumer would shut down):

The bulletproof panels are designed to withstand multiple rounds from a handgun — and two of this season’s bestsellers are emblazoned with Disney princesses and Avengers superheroes. “Here’s our demographic: parents with kids,” said Steve Naremore, founder of TuffyPacks, a Houston-based company that sells bulletproof backpack inserts. “It’s a real morbid niche.”

It is, but in our society today, unfortunately, morbid or not, it’s become increasingly necessary.

Democrats like Schumer don’t get it, though. Their first instinct is to ban, regulate, prevent, make vulnerable. They never quite get to any other ideas about how to address a problem — like, say, rebuilding the family, bringing faith back into the public square, or investing more resources in mental health.

Banning body armor is an idea that should die a quick death.