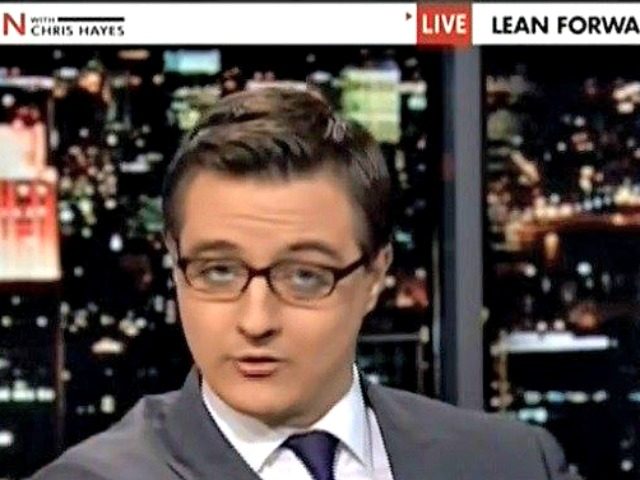 In a series of Tweets, Hayes complained about his search results. “My favorite example of how informationally toxic YouTube’s algorithm is this…Imagine you’re a high school freshman and got a school assignment about the Federal Reserve.” — Chris Hayes (@chrislhayes) September 6, 2018.

“You watch videos on YouTube all the time, so you go home and put ‘Federal Reserve’ into YouTube’s search bar,” he complained, singling out a video titled, “Century of Enslavement.” The video explains how the establishment of a fiat currency and the fed’s manipulative monetary policies have harmed the value of the dollar over the past century.

These informational videos about the Federal Reserve make MSNBC’s Chris Hayes uneasy and offended, because he is a weak, manipulative man who prefers that his political and ideological opposition be silenced and blacklisted, rather than speak openly in a free market of ideas. If he doesn’t like the videos he sees, Hayes should just scroll down and find a video that suits his bias. He could have very easily scrolled down to view the New York Times video praising the Federal Reserve or clicked on neutral videos explaining how economics work in the U.S.

Instead, Hayes successfully convinced YouTube to manipulate their algorithms to censor these important videos about the Federal Reserve. Hayes works in a liberal echo chamber called MSNBC and therefore has a limited understanding of history and has tunnel vision on how the world really works. Apparently he wants to dictate what people see first on YouTube, because questioning authority and learning more about history is not permitted by those who seek mass compliance to their “official stories.”

A confidential Google source said that Chris Hayes Tweets set in motion a series of events inside Google, where engineers for YouTube were instructed to adjust search results for the term “Federal Reserve” – effectively blacklisting any videos that question monetary policy and the power of the Central Bank. The source inside Google says that the company is constantly manipulating a “YouTube controversial query blacklist” file to exclude certain topics that authority figures don’t want people to see. Now, “Federal Reserve” is one of those topics that is censored, unless of course, the video cow-tows to the official “approved” narrative. Now the top ten YouTube search results for the Federal Reserve are dominated by “verified” channels that have been approved by YouTube.

The same manipulation tactics are being used on topics such as abortion. According to the same inside source at Google, pro-life content is being down ranked to favor pro abortion videos that are approved by the mainstream media. Google and YouTube are being used as tools of manipulation to control what people see, hear, and think.

If you’re looking for a video platform where you can learn freely, think freely, and not be manipulated, visit Brighteon.com, where people are free to learn the truth about important topics such as the Federal Reserve.