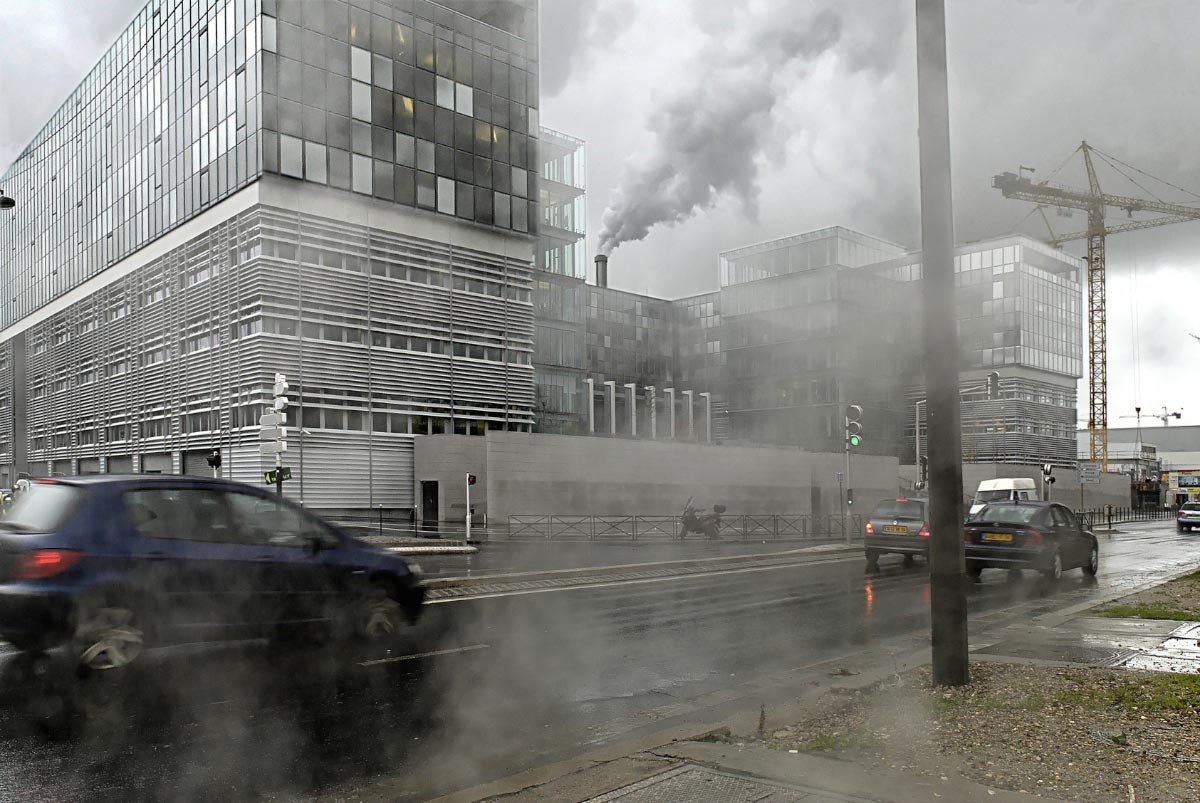 China has benefited from an economic boom in the last four decades, but all that growth has come at a heavy price. The Asian country is the world’s biggest carbon emitter, and air pollution there is so severe that a study conducted in 2015 by independent research group Berkeley Earth concluded that it results in over 1.6 million deaths each year.

Dangerous particles large enough to become lodged in people’s lungs are pumped out in heavily industrialized provinces like Shanxi, and from there they carry as far afield as the Yellow Sea and South Korea.

As reported by the U.K.’s Daily Mail, South Korean President Moon Jae-in is now claiming that this pollution, combined with emissions from his own country’s cars, has resulted in fine dust levels in Seoul exceeding the levels deemed by the National Institute of Environmental Research (NIER) to be “very bad.”

South Korea’s solution? Getting the Chinese to create fake rain to wash away the pollution.

As reported by the Mail, the floor leader of South Korea’s Liberty Korea Party, Na Kyung-won, has called for President Moon to declare the air pollution problem a national disaster. The government held an emergency meeting back in March to fast track legislation to address the problem.

This, after fine dust levels in Seoul hit record highs, forcing people to wear masks and cloaking the city in smog.

President Moon has proposed a joint solution between South Korea and China to combat these high levels of pollution. He wants China – which has far more advanced rain-making technology than South Korea – to create fake rain over the waters between the two countries to wash away the pollution.

South Korea launched its own rain-making experiment in January, which involved having an aircraft release rain-making chemicals into the clouds, but the attempt was a failure.

So, what is this “fake” rain, and how is it produced?

Artificial rain is an idea that the forces of nature can be manipulated to force clouds into raining.

A common method which is being pursued by several countries around the world is called cloud seeding.

This involves microscopic particles of silver iodide being shot into existing clouds using land based generators or aircraft.

Silver iodide is an ice-forming agent,which causes supercooled water droplets to freeze in the clouds.

The ‘ice embryos’ interact with the surrounding water droplets, and eventually grow to snowflakes.

These fall to the ground as snow or raindrops, depending on the surface temperatures.

Cloud seeding can also, in some cases, cause the cloud to grow larger and last longer than it would have without the modification. (Related: Weather modification programs have been run by the US government since 1953.)

Proof that weather control is real

Independent media sources have been reporting for years that the U.S. and other governments have been actively involved in weather modification experiments for several decades. For the most part, these reports have been dismissed as conspiracy theories without substance. (Related: Weather modification: Satellite imagery reveals unmistakable aerosol operation over South Florida.)

However, this issue of pollution in South Korea has pushed at least two governments to reveal the extent to which they have engaged in such experiments, and as these supposed “conspiracy nuts” have been saying all along, weather control is now firmly within the grasp of many countries.

Learn more about weather modification and control at Climate.news.