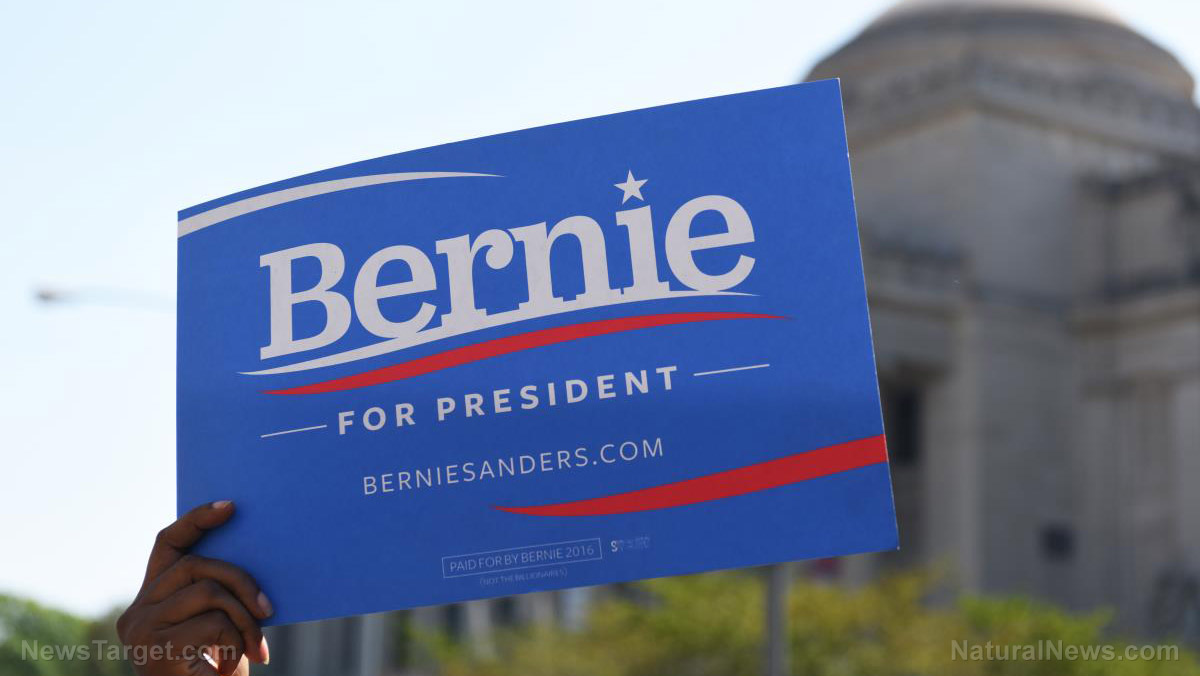 If there was ever a fantastic example of how socialism really works, Congress’ most vocal and longest-serving socialist/communist, Sen. Bernie Sanders of Vermont, just provided it.

In recent days, unionized workers for Sanders’ 2020 presidential campaign began demanding that their candidate put his money where his mouth is and pay them $15 per hour — a big government ‘solution’ he seeks to impose on every single business owner in America.

After unrelenting pressure and thanks in no small part to the amount of media attention paid to the matter, Sanders agreed to do so.

Only, there is a catch: In order to pay that kind of wage, Sanders also announced that his campaign would be cutting workers’ hours at the same time.

Seriously, you simply can’t make this silliness up.

Democrat presidential candidate Bernie Sanders announced this weekend he will cut staffers’ hours so that they can effectively be paid a $15-an-hour minimum wage, prompting mockery from critics who say the move is more evidence that Sanders’ plan to raise the national minimum wage is hypocritical and would only lead to less work and more unemployment.

Last week, the Washington Post was first to report that Sanders’ campaign staffers were unhappy they weren’t getting that all-important $15-an-hour living wage. At the same time, Sanders was making splashy headlines for claiming that many major American corporations were only paying their workers “starvation wages” — while his campaign workers were making, in their words, “poverty wages.” (Related: Candid Camera: ‘Breadline Bernie’ Sanders’ decades-long defense of Socialism, Communism.)

Sanders has made standing up for workers a central theme of his presidential campaigns — this year marching with McDonald’s employees seeking higher wages, pressing Walmart shareholders to pay workers more and showing solidarity with university personnel on strike.

The paper also noted that, according to emails, the pay issue with campaign staffers began in May, at least, and remained unresolved until recently.

In a statement, the Sanders campaign said the candidate was proud to have the only unionized staff: “Every member of the campaign, from the candidate on down, joined this movement in order to defeat Donald Trump and transform America. Bernie Sanders is the most pro-worker and pro-labor candidate running for president.”

Except that it turns out ol’ Red Bernie the Commie is really a capitalist at heart when it comes to his money.

Sanders, in an interview with the Des Moines Register, said that junior field organizers were earning about $36,000 a year with employer-paid health care and sick leave (mind you, Sanders’ providing ‘employer-paid healthcare is, in and of itself, hypocritical, given that he would also eliminate employer insurance by implementing “Medicare-for-All” socialized medicine).

Bernie Sanders says his campaign will limit the hours staffers work so they are paid the equivalent of $15 an hour. “I’m very proud to be the first presidential candidate to recognize a union and negotiate a union contract,” he told me. https://t.co/IBJdMiIIIu

He acknowledged that worker salaries can dip substantially below $15 per hour if they put in more than 40 hours per week, which is very common on the campaign trail.

The solution, then, he said, is to “limit the number of hours staffers work to 42 or 43 each week to ensure they’re making the equivalent of $15 per hour.”

Sanders then complained that his pay issue was aired publicly, via the media.

“It does bother me that people are going outside of the process and going to the media,” he said. “That is really not acceptable. It is really not what labor negotiations are about, and it’s improper.”

So is lying about your core values, senator — and economics in general. Cutting hours is a backdoor way of meeting payroll objectives without actually paying more money.

It’s also what you’d force scores of American businesses to do if you and your fellow Democrats ever force a massive minimum wage hike through.

“So does this fall under the category of hypocrisy, irony, or poetic justice?” Rep. Dan Crenshaw (R-Texas) tweeted, according to Fox News. “All three? Can’t make this stuff up.”

Others were equally unforgiving online.

I can't stop thinking of how stupid this is. Limiting hours so you can raise wages has literally no effect on how much your employees make. Only benefit is you being able to say you pay them $15 an hour. Beyond cynical. https://t.co/UdlxUBIhvA