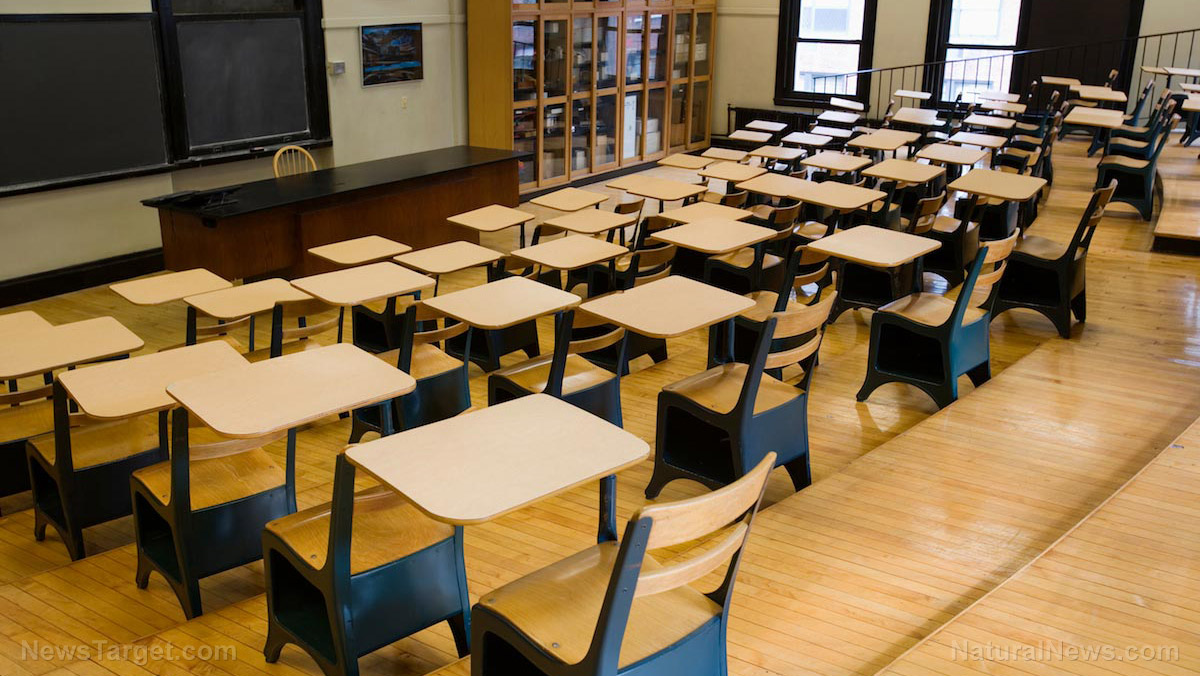 The government indoctrination racket known as the public school system recently became a little more “progressive” with the addition of a new “American History” textbook published by Pearson Education, which describes President Trump as “mentally ill,” and his supporters as “racist.”

Entitled, By the People: A History of the United States, this compendium of leftist propaganda features a chapter entitled, “The Angry Election of 2016” that actually rewrites history and presents fiction as fact in an attempt to persuade students into believing that our Commander-in-Chief did not legitimately win the 2016 presidential election.

“Most thought that Trump was too extreme a candidate to win the nomination,” the chapter claims, adding, “but his extremism, his anti-establishment rhetoric, and, some said, his not very hidden racism connected with a significant number of primary voters.”

In a further attempt at shaming the president and his supporters, the author of this chapter proceeds to claim that Donald Trump’s supporters are “mostly older, often rural or suburban, and overwhelmingly white. On the other hand, the better people who support the author’s preferred candidate, Hillary Clinton, are apparently younger, non-white, and live in densely-packed urban zones.

“Clinton’s supporters feared that the election had been determined by people who were afraid of a rapidly developing ethnic diversity of the country, discomfort with their candidate’s gender and nostalgia for an earlier time in the nation’s history,” the chapter goes on to read.

“They also worried about the mental stability of the president-elect and the anger that he and his supporters brought to the nation.”

For more related news, be sure to check out Propaganda.news and PoliticalCorrectness.news.

On the flip side, this chapter of By the People: A History of the United States makes no mention whatsoever about the reasons why many Americans were deterred from voting for Hillary Clinton, perhaps the most notable example being her 33,000 deleted emails, as well as the Uranium One scandal and the gross mismanagement of Haiti relief funds by the Clinton Foundation.

In essence, By the People: A History of the United States is basically a thinly-veiled, “Let’s bash Trump!” experiment in institutionalized Trump Derangement Syndrome – this being what passes as “public education” in America in 2019.

“It was really, really surprising to me,” Tarra Snyder, a student at Rosemount High School in Minnesota, where By the People: A History of the United States is now being used, is quoted as saying to Fox News.

Using the word “appalled” to describe her feelings upon first discovering how “blatantly biased” this textbook is, Snyder says that the purpose of education should not be to indoctrinate from a standpoint of bias, but rather to inform using truth and facts.

“I really believe that learning should be objective and that students can make their own decisions based on what they’re able to learn in a classroom, and if the facts are skewed then students aren’t able to make well-rounded decisions on what they believe,” she’s quoted as saying.

In a statement, a spokesperson from Pearson Education adamantly defended the company’s textbook against this type of criticism, claiming that its bias and bigotry against President Trump and his supporters is merely an attempt at conveying “college-level information to high school students” in order to help them meet “specific Advanced Placement standards.”

“It aims to promote debate and critical thinking by presenting multiple sides of historical issues and offering a broad survey of arguments from the 2016 presidential election and other recent topics,” the spokesperson stated.

“We have reviewed the passages in question independently and in the context of the rest of the book. This review has confirmed that the text offers a broad view of critical arguments from both sides of the 2016 presidential election.”