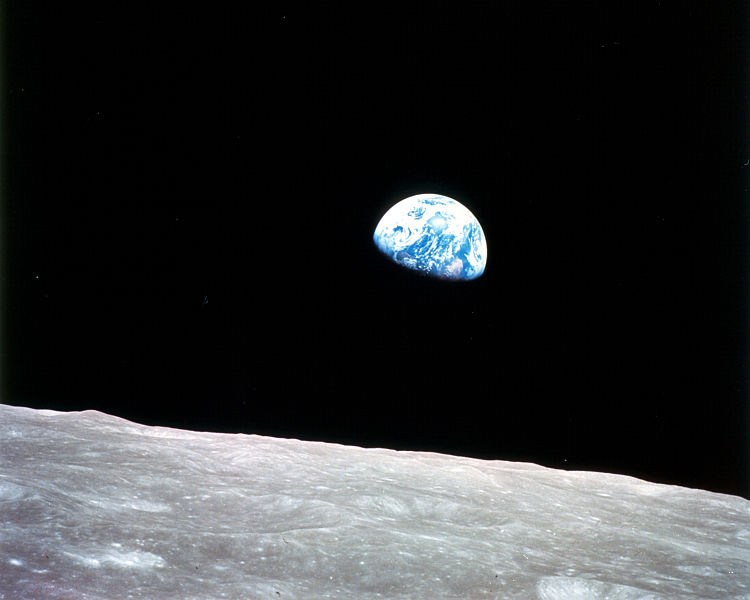 Toyota’s cars have conquered the terrain of five continents. The next vehicle to be designed by the Japanese automobile manufacturer might be a lunar rover destined for the moon.

Company officials announced that the Japan Aerospace Exploration Agency (JAXA) commissioned them to design a rover for a future lunar mission. The project is Toyota’s first full foray into space exploration.

JAXA plans to land Japanese astronauts to the moon in the near-future. The Toyota-designed rover will serve as a safe and fast means of ground transportation over long distances on the lunar landscape.

Previously, Toyota participated in the development of a talking robot called Kirobo. Dispatched to the International Space Station in 2013, Kirobo set the historical landmark of being the first robot to talk in outer space.

Toyota revealed its preliminary design for the lunar rover at a recent Tokyo event. As big as two microbuses put together, the ground vehicle possessed sufficient internal room for two astronauts and several weeks worth of supplies, including air, food, and water.

A fuel cell provided electric power for onboard systems. The new rover will have enough fuel to cover more than 6,200 miles (1,000 km). (Related: NASA currently working on a conceptual manned mission to Venus.)

Toyota expects to have the new lunar rover ready before 2029. By that year, JAXA will launch the first of many missions to the southern pole of the moon. The space agency wants to investigate five different spots in the region.

Each mission will last for up to 42 days. During that time, the rover will serve as the mobile base for the astronauts, who may either stay inside the vehicle to run its equipment or step outside the hull to explore the lunar landscape.

At the end of their stay on the moon, the astronauts will leave the lunar rover behind. The vehicle will drive itself to the landing site of the next mission, which may be thousands of miles away.

“This is going to be a very tough challenge for Toyota,” commented Shigeki Terashi, the chief technology officer of Toyota. “There are no paved roads on the moon.”

JAXA’s lunar missions require a self-driving vehicle that will survive the severe conditions of the moon. Toyota needs to make sure its lunar rover will withstand intense radiation and as much as 572 F (300 C) of variance between daytime and nighttime temperatures.

Car makers realize that space is a lucrative frontier

A.T. Kearney management consultant Masayasu Ishida explained that the partnership between JAXA and Toyota showed the potential for profit in space exploration. Space agencies and rocket launch companies sought to partner with car companies for the latter’s expertise and technology in ground vehicle-related fields like autonomous driving and robotics.

The president of JAXA, Hiroshi Yamakawa confirmed that observation in an official statement.

“Having Toyota join us in the challenge of international space exploration greatly strengthens our confidence,” he said. “Manned rovers with pressurized cabins are an element that will play an important role in full-fledged exploration and use of the lunar surface.”

Yamakawa went on to say that JAXA wanted Japan to focus its technological capabilities on designing and building a lunar rover with a pressurized cabin and long endurance.

In recent years, more countries developed an interest in lunar missions, up to and including achieving soft landings on the moon. China successfully guided its Chang’e space probe to a safe touchdown in January 2019.

For more news about future expeditions on the moon, visit SpaceTourism.news.