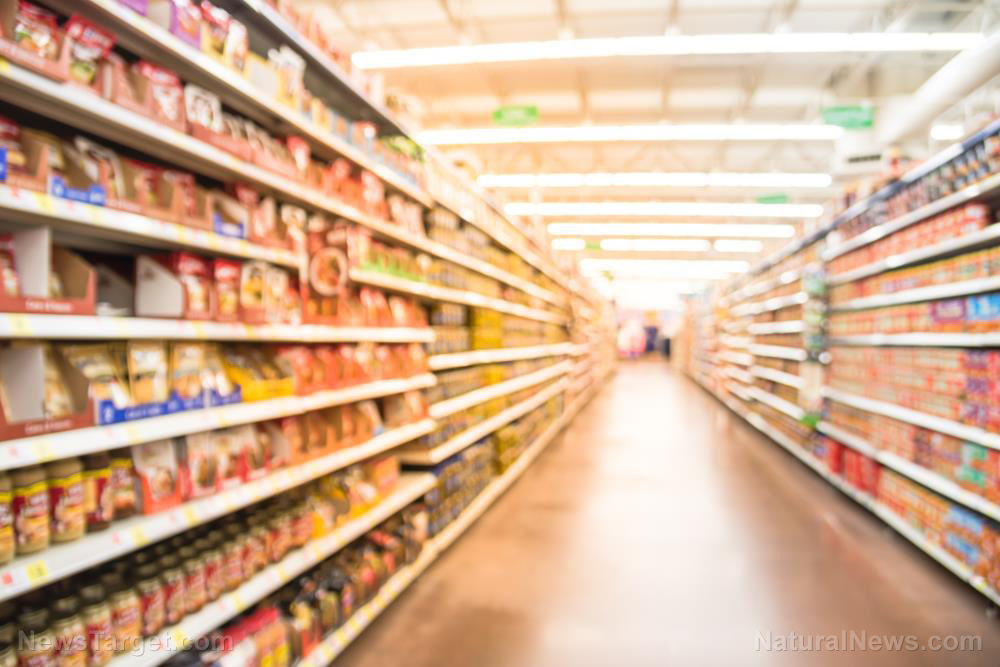 Shoppers are starting to notice the effects of the abysmal growing season here in the United States, as grocery stores in various parts of the country are having to post signage explaining that food shortages are the reason why their shelves are unusually bare.

At a Kroger supermarket, for instance, one shopper snapped a photo of an ominous sign in the canned vegetables aisle that reads:

“Due to a poor harvest season, we are experiencing shortages on many of our canned vegetable items. We hope to be back in stock by the end of August.”

Similar signage was observed in the canned vegetables aisle at a Walmart store in Tennessee as well, stating:

“Due to limited availability, we are experiencing product shortages across this category. We’re working closely with our suppliers to get these items back as quickly as possible. We sincerely apologize for any inconvenience this may cause.”

In addition to these product shortages, customers are also noticing that food prices in general are suddenly spiking. A man who shared a photo on Facebook of the product shortage notice at the Tennessee Walmart captioned it with what else he observed in the store, including substantially higher prices on everyday food items.

“Prices are already up 20+% on bread, milk, eggs [etc.] well before the crop shortage even [affects] store shelves!” he wrote.

For more related news, be sure to check out FoodShortage.news.

All the way across the country in Oregon, a Walmart there reportedly had the same signage in its canned vegetables aisle, indicating that the shortage is nationwide.

“Folks we are seeing a direct result of the farming issues and resulting shortages,” he added. “And if CA gets the ‘big one’ there goes fresh veggies, wine and rice!”

While it’s certainly not an end-of-the-world situation at this point in time, the writing would seem to be on the wall for America’s food supply, at least in the current paradigm of its production and distribution.

The issue extends far beyond just canned vegetables, it’s important to also note. According to an email received by The Economic Collapse blog’s Michael Snyder, many food product categories are experiencing similar shortages.

The claim is that there’s currently a driver shortage, meaning not enough manpower operating the big rigs that transport food and other goods from farms and factories to grocery stores. But this explanation doesn’t fully add up, at least not according to the individual who wrote the email.

“None of these items had signs like those posted in canned veggies; instead there were small tags placed over the original price tag that say ‘out of stock’ in very small print.”

What doesn’t make sense is that this individual observed that there were 12-packs of toilet paper, for instance, and six-packs of Coke, but no 24-packs of either – even as more 12-pack versions of these same items were clearly being stocked on shelves.

“Does a driver shortage account for this?” he asks.

“Another oddity is that one Walmart may have pickles but no tortillas while the exact opposite will be true for a different Walmart,” he adds.

“The employees that would normally be stocking were instead counting products (manually) and pulling product to the front of the shelves. There was a six foot stretch of Cheerios along one shelf that was one box deep, hiding the empty shelves behind them.”

Read FoodCollapse.com for more coverage of the coming food shortages.