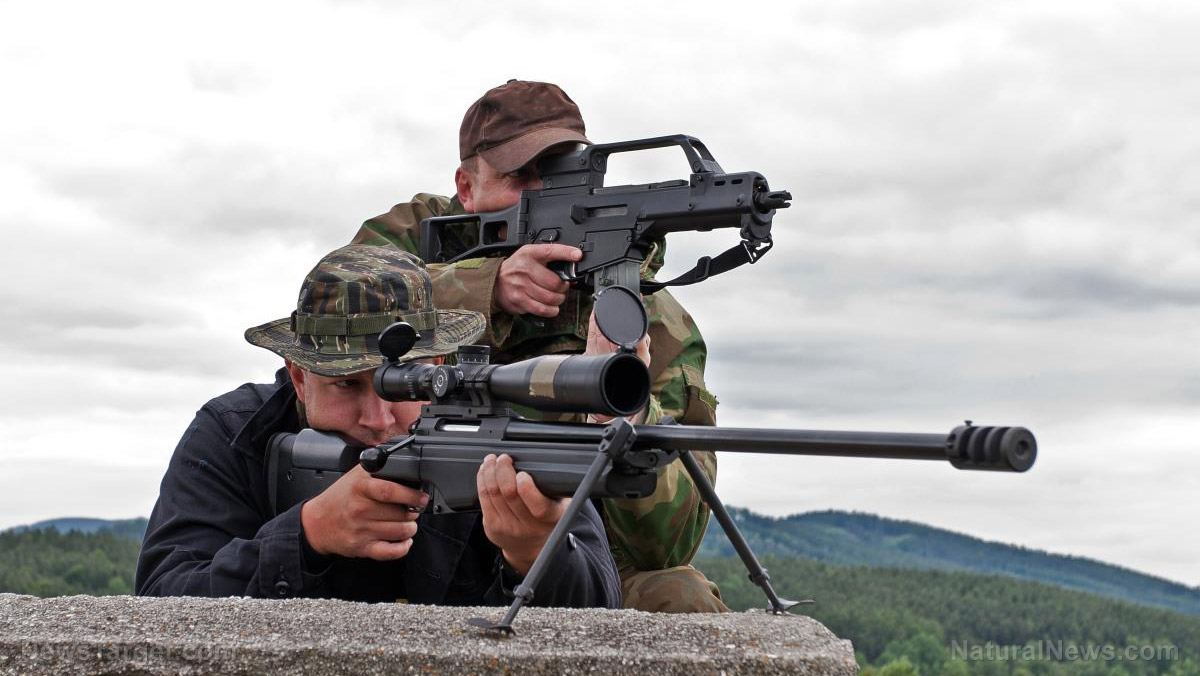 After the gut-wrenching shootings of Muslim worshippers in a pair of mosques in Christchurch, New Zealand earlier this year, the government moved quickly to punish every single owner of certain semi-automatic rifles that resemble military weapons despite the fact that none of them committed a single crime that day or since with their guns.

Because, as we all know, taking guns away from innocent people is the biggest deterrent to crime. Or, at least, that’s how Left-wing thought processes work when it comes to such issues.

But early on it appeared as though the New Zealand gun turn-in scheme — which involved a buy-back plan of sorts — wasn’t going as hoped.

…[L]ike gun owners everywhere, the vast majority of New Zealanders who own those weapons have so far refused to hand them over, ostensibly because they are waiting to find out how much the government will compensate them for their legally purchased property.

Citing a report from the New Zealand Herald, the site reported that, at the time, only about 530 banned weapons had been turned over to police, though there are about 250,000 licensed firearms holders in the country (licensed because, again, self-defense using a firearm isn’t an inalienable right in New Zealand — as if it shouldn’t be everywhere).

That pitiful showing led police to pine for a policy not yet in place but one that American Democrats would love to have: Universal gun registration — so Kiwi police would know nearly everyone who had or owned a banned weapon, what kind, and how many.

“We really have no idea how many of these firearms are out there in New Zealand,” Cahill told the Herald. “Which really points to how bad our firearms legislation has been, that we have let this get out of control.” (Our emphasis)

Noncompliance in New Zealand resembles what would happen in America

Well, the situation hasn’t gotten any better. As Reason reports, now there is blatant non-compliance with the New Zealand confiscation/buyback law, as noted by the fact that only a few more guns than last month — 700 or so — have so far been handed over:

New Zealand’s government—which also stepped up censorship and domestic surveillance after bloody attacks on two Christchurch mosques earlier this year—is running into stiff resistance to new gun rules from firearms owners who are slow to surrender now-prohibited weapons and will probably never turn them in.

According to Stuff, a New Zealand news site, police anticipated that “a number of people with banned firearms in their possession” aren’t going to surrender them voluntarily.

Among the estimated quarter-million registered firearms owners in the country, authorities believe there are about 1.5 million guns, though it’s not clear how many of them are subject to the new prohibition. (Related: AOC, Sen. Feinstein calling for New Zealand-style nationwide gun confiscation and mass criminalization of gun owners across America… do they realize they are begging for an armed citizens’ revolt against Left-wing tyranny?)

“These weapons are unlikely to be confiscated by police because they don’t know of their existence,” said Philippa Yasbek of Gun Control NZ. “These will become black-market weapons if their owners choose not to comply with the law and become criminals instead.”

What warped thinking. They are only criminals because of a hastily passed, poorly-thought-out law that punishes them for having once lawfully purchased and owned an item that is now banned.

Like similar laws in the U.S., Leftists invent reasons to create criminals even as they claim to be on the side of ‘criminal justice reform’ (an obvious deception). And like New Zealand, Americans would resist such tyranny with noncompliance.

Well, at first, at least. Once the Democrat-ordered gun confiscation raids began, all bets would be off.

And it may come to that in New Zealand.

Read more about Left-wing gun confiscation at Guns.news and SecondAmendment.news.