With the Left now terrorizing patriots with Democrats’ approval, we’re nearly out of time to defend America: More proof the ‘Demoncrats’ hate our country and want Civil War 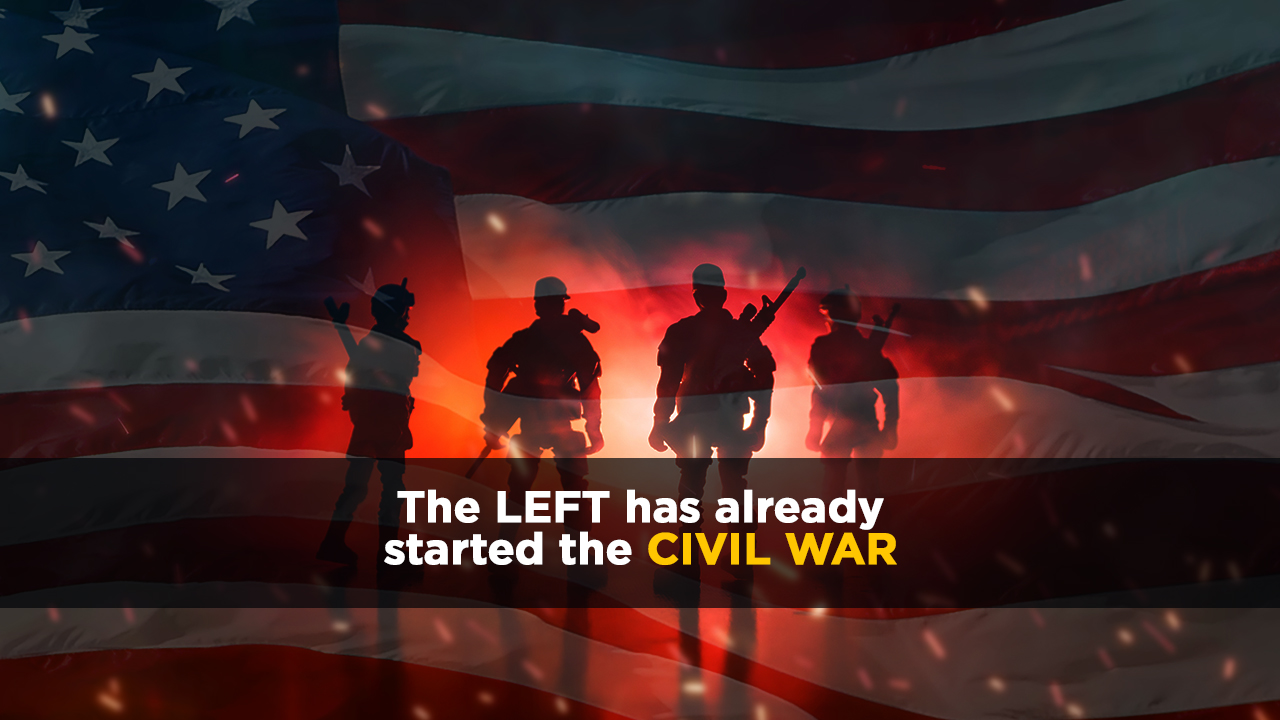 One of the first things that drew many of us to vote for, and even campaign for Donald Trump is that he said things we knew were true, things that no other politician had dared to say, giving us hope that he might actually keep his promises. He hinted that he did not consider Putin an enemy, and he questioned the sanity of our eternal, undeclared (hence, unconstitutional) foreign wars, our failed and immoral policy of “regime change” and “nation building.”

(Article by William B. Stoecker republished from AllNewsPipeline.com)

He stated that something had to be done to curtail at least illegal immigration, and hinted that he would investigate “crooked Hillary.” Indeed, Trump has not been the immediate disaster the Witch would have been. He has not arrested millions of “deplorables” and “bitter clingers.” His trade, tax, and regulatory policies have been good for our economy. His judicial appointments, including Justice Brett Kavanaugh, have been far, far better than the sort of leftist tyrants the Witch would surely have appointed.

But he has not even addressed the issue of our national debt and the deficit spending that enlarges it every year, and this problem alone will eventually wreck our economy. And no one, not Trump or any other leader, has even attempted to solve the problem of increasing automation, the advances in robotics that, very soon, will result in a loss of jobs. It is all very well for people who should know better to pretend that AI (Artificial Intelligence) will create more and better jobs for workers than it will eliminate…this is simply not true. Soon there will be less need for human truck and bus drivers, and many agricultural jobs will be replaced by robots with better vision and touch. And that is just the beginning. He has staffed his administration with CFR members, Bonesmen, Goldman Sachs alumni, and neocons, like the mighty warrior Mustache Man, a.k.a. Mad John Bolton. Even his SCOTUS appointee, Brett Kavanaugh, is a graduate of Yale and Yale Law School and quite likely is a Bonesman. His Secretary of Labor, Alex Acosta, is the one who, as a US attorney, gave Jeffrey Epstein his easy plea bargain, a free get out of jail card. Trump complained about his former AG, Jeff Sessions, but he appointed him and kept him in office for an extended period. He was endlessly “investigated” for nonexistent crimes by Whitey Bulger’s old buddy Robert Mueller, who has yet to answer for his own past misdeeds, including his involvement in 9/11. But Mueller was appointed by the sleazy Deputy Attorney General Rod Rosenstein, nominated for his position by Trump 4/25/17 and kept in place for over two years.

Trump’s attempts to control immigration, legal and constitutional, have been blocked by leftist judges…but there is nothing in our Constitution that even hints that various appeals courts, let alone individual judges, appointed, not elected, have that kind of power. Trump, by not showing the backbone to stand up to them, has a convenient excuse for doing nothing, which, perhaps, was his plan all along, a plan for plausible deniability followed by many RINOs before him. And when it’s not the mean old judges preventing Trump from doing the right thing, he can blame his failures on bad advice…but he appointed his advisors.

We continue to expand NATO into Eastern Europe, right up to Russia’s borders, and Trump signed the bill which continues the sanctions against Russia, while the leftists of the slimestream media continue to denounce Russia as our adversary and Putin as our enemy (these same media types liked Russia just fine when it was really communist). But is Putin at fault? Or is the hostility between us and the world’s greatest nuclear power (they can incinerate all of us if the conflict gets out of control) really entirely of our own making, a gift of our fearless neocons? How would we feel if some economic powerhouse of a country imposed economic sanctions on us?

When the USSR imploded there was no longer a need for NATO, but, even as Russian troops left Hungary, Germany, Poland, and the rest of Eastern Europe, NATO continued and even expanded, and we continued to be the backbone of this unnecessary alliance. How would we feel if Russia or China had treaties with Mexico and Canada and troops, planes, and naval forces stationed in both nations? We can pretend that Putin is “aggressive,” but vast Soviet armies no longer menace Europe. When Russia defeated Georgia in a short war, without bombing civilians, they then withdrew from most of the country. Meanwhile, we have been at war continually for decades, with our troops in harm’s way in countries most Americans have never heard of and certainly cannot find on a map. Our leaders condemn Russia for occupying Crimea, but that region had historically been a part of Russia.