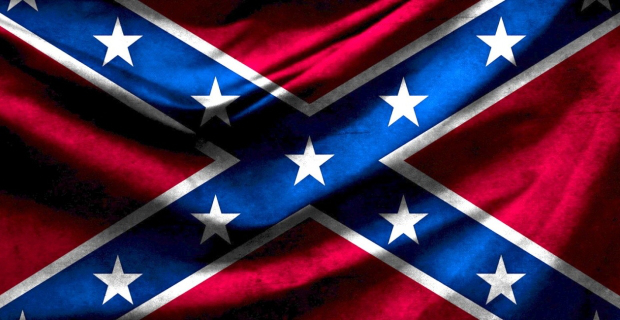 Confederate Railroad is a country-rock band that’s been around since 1987 having formed in Marietta, Ga. The group first started charting in the early 1990s with hits like “Daddy Neve Was the Cadillac Kind,” “Queen of Memphis,” and “Trashy Women.”

The group has toured all over the country and been welcomed by wild audiences hungry for their sound and style.

But now, in the age of hyper-politicization of Left-wing cultural thought, the band’s name is just too ‘controversial’ for some people to stomach — because they live in a first-world country and don’t have anything truly life-threatening to concern themselves with.

As reported by The Mental Recession, the band was disinvited from playing a gig at the Du Quoin State Fair in Illinois over its name:

The decision was made by the state Department of Agriculture according to a statement in response to very little public outcry, creating a controversy where there had previously been none.

“While every artist has a right to expression, we believe this decision is in the best interest of serving all the people in our state,” he added.

As usual, it’s painful to endure this kind of hypocrisy when you have a rational mind: Apparently to Gross and the other PC thought police he consulted, every artist doesn’t have the same rights of expression.

And about that, the band isn’t “expressing” sympathy or love for ‘The Confederacy,’ slavery, racism, or anything else Leftists regularly associate with the South.

There were railroads in the Confederacy — that is, until Union troops destroyed most of them. Confederate Railroad is a name that merely signifies the existence of them.

But okay, let’s play along. What if the band’s name had been Union Railroad? Or American Railroad? Or Federal Railroad? (Related: Charlottesville judge rules Confederate monuments protected by state law and cannot be removed.)

This is the epitome of triggered stupidity

Well, then you’d have jerks like Colin Kaepernick and Megan Rappinoe complain that those names represent ‘America’ — which is racist/bigoted/etc. and of course guilty of the original sin of slavery.

Fortunately, the decision to boot Confederate Railroad over the name of their band is getting lots of pushback. Fellow country star Joe Bonsall, a long-time member of The Oak Ridge Boys (so far nothing controversial about that name) took to Twitter to express his disgust.

“I have played the @DuQuoinFair many times over the decades … however, I must say that canceling @ConfederateRR JUST because their name is CONFEDERATE RAILROAD is a crock of crap!!! These are good men singing good songs… God please help us all …” he wrote.

Where did this ‘controversy’ come from? According to The Mental Recession, it may have been initiated by an inquiry from a local political blogger named Rich Miller who asked a “Question of the Day” in Capitol Fax June 17th.

“A band named Confederate Railroad. In Illinois. The Land of Lincoln. Playing at a state-owned facility. I’ve never heard anyone claim that the group has Confederacy-loving song lyrics or anything… It’s just… well… Allow me to turn this one over to you…” he wrote.

The responses to the question were divided, but one caught our eye in particular.

“If they have a good track record why not. Name will probably have to be changed sooner or later though. Lake county is trying to stop the 24 year run of Civil War enactors because of Confederate Flag and bad memories,” the post noted.

“Bad memories?” Of what? No one alive today remembers the Civil War.

Which just goes to show you how ridiculous this ‘controversy’ really is.

Read more about the destruction of our culture by the Left at Collapse.news and AltLeft.news.