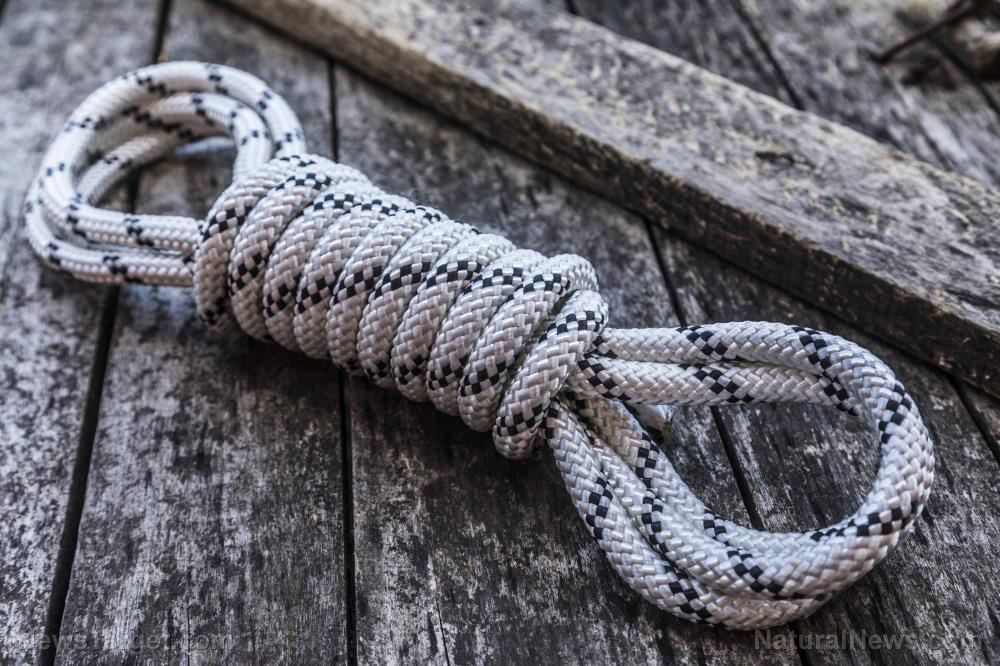 Cordage is an important survival item, but if you don’t know how to tie secure knots, they won’t be as useful when SHTF. Practice knot tying, so you can secure your gear without worrying that knots may come undone. (h/t to UrbanSurvivalSite.com)

There are many different types of knots, but it may take a long time before you master all of them. To ensure that you can secure your tent or gear properly, start with the five knots detailed below.

Practice tying these knots to master them. They might save your life in a disaster scenario. If not, they’re still versatile knows that are sturdy and easy to release.

While you’re watching the tutorial videos below, you can get lost when experts start using jargon. Detailed below are useful terms that you may hear while practicing these knots. (Related: 5 skills you need to hone now for when SHTF.)

Listen for these terms while watching tutorial videos and check the list if you get lost. Keep practicing, and in time, you’ll know them by heart.

The bowline of knot is highly versatile. Use it to put a loop on a knot to prevent it from seizing up on what you tied it around.

Preppers consider the bowline knot one of the most useful knots, and it is traditionally used by sailors. A one-handed bowline knot can even save your life if you tie one end to a sturdy fixed point.

The double sheet bend rarely gets jammed, locked up, or untied while being used.

The power cinch knot, also called the trucker’s hitch knot, increases tension on a line that doesn’t have to be adjusted.

The power cinch knot is a compound knot. It received its “trucker’s hitch knot” nickname because it is often used to firmly and quickly secure loads on trucks or trailers.

The taut-line hitch knot is used to secure a heavy load that may shift upon transit. Use this knot if you need to adjust the tension as needed.

This knot is formed by rolling a hitch around the stationary part of the line after passing it through or around the anchoring object.

The threaded figure eight knot, also called the Flemish bend knot, is a simple knot to learn. Firefighters use this strong knot during emergency rescues. Climbers and preppers also use the knot since it is easy to confirm if it is correctly done and safe to use.

The threaded figure eight knot creates a secure loop on one end that won’t slip.

Unlike other aspects of survival and prepping, it is free to study the various knots that you can use to secure your gear.