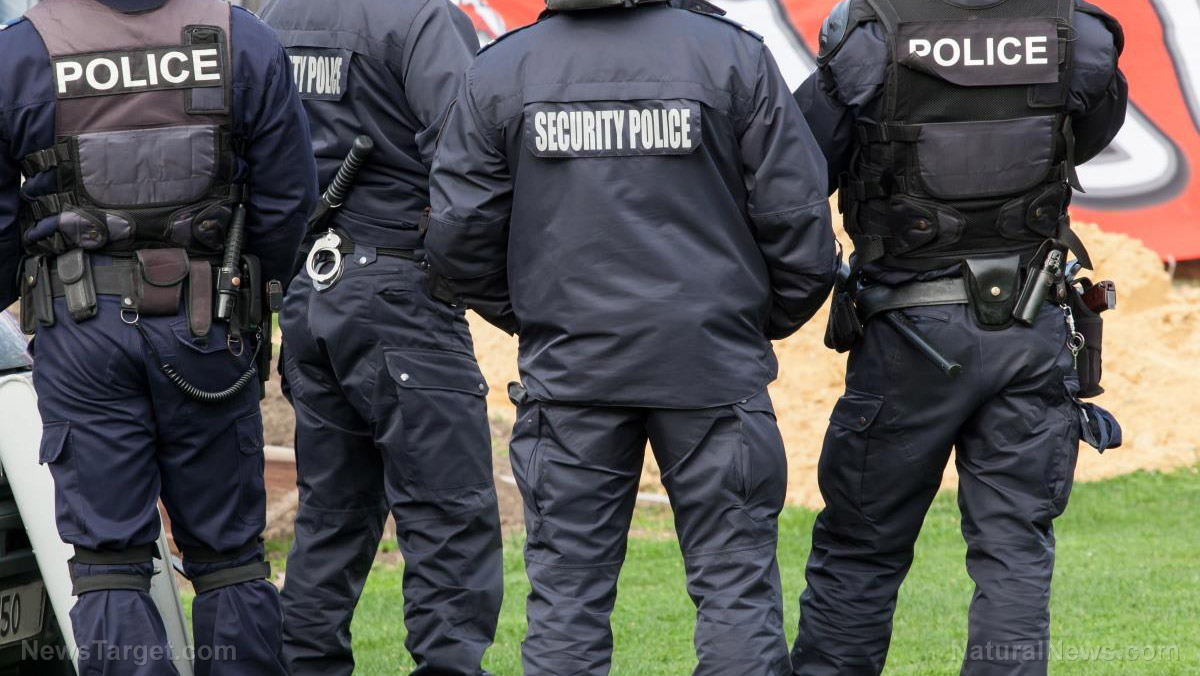 We’ve all had to work with someone who disagrees with our political beliefs, but what if those people who are easily offended by our speech and our way of life had the power to go online, petition the local judge, and conscript the local police to come to our door and strip us of our right to keep and bear arms? What if someone’s irrational fear of guns can be used to speed up the confiscation of firearms from law abiding citizens?

This is modern day California and the reality of their radical “Gun Violence Restraining Orders.” Right now California lawmakers are pushing to expand these red flag laws to allow co-workers to report anyone they deem “dangerous” for gun confiscation. Gun owners who are targeted are denied any form of due process and are presumed guilty at the mere “concern” of a co-worker.

The police state is quickly expanding in California

Do you know someone who thinks guns are inherently evil? Perhaps they think that firearms are violent tools of mass destruction. The sight of a rifle or handgun may frighten them. Maybe they’ve had a bad experience with guns and correlate them with aggression and violence, no matter what the case. What if they saw your belief in the second Amendment as a threat to them? What if your NRA bumper sticker triggers them? What if they thought your speech is violent, and your disagreements are a threat toward them? What if their feelings of insecurity are validated by the law and they are given the power to force you to turn in your guns to the police?

California is one of fourteen states to allow “Gun Violence Restraining Orders.” Currently, California law allows law enforcement or family members to report you for gun confiscation if they think you are “dangerous.” The law also allows a potentially vindictive ex-girlfriend, ex-boyfriend or a renter who has lived in your house in the last six months to report you for gun confiscation.

These laws allow a family member or a police officer to call law enforcement on you if they are “concerned” that you are a threat to yourself, them, or others. A judge will then issue a restraining order against you and the police are called on to come to your house and force you to turn in your guns. You, having not committed any crime or harm to anyone, are stripped of your right to privacy, due process, and self defense. You have no choice but to go broke in legal proceedings, where you must beg the courts to get your “rights” back.

California is expanding their unconstitutional “Gun Violence Restraining Order laws to allow for more frequent gun confiscation. The expansion allows co-workers and supervisors to go online and issue a “Red Flag” order, claiming that someone they work with is a threat to them or others. Once validated by a judge, this “Red Flag” order forces the innocent person in question to give up any registered firearms they have at home. The expansion also gives teachers and school employees the power to turn in a parent if they consider the parent a threat. If a parent disagrees with an educator and is deemed dangerous in any way, they could be turned in to authorities and forcibly stripped of the right to own firearms. After a targeted gun owner proves their innocence, and it can be determined that their adversary filed a false or vexatious report, their adversary is merely charged with a misdemeanor.

These “Gun Violence Restraining Orders” are turning people against one another and giving the state great power over the individual, crushing due process, destroying the presumption of innocence, and negatively affecting our right to think, speak, and defend ourselves.