Uncensored and Independent Media News
Home
Health Freedom
Second Amendment
Prepping
Survival
Censorship
Subscribe
SHOP
Popular Articles
From bad to worse: Diet drinks will wreck your health, and the damage they do gets worse as you get older
06/07/2019 / By Isabelle Z. / Comments
Bypass censorship by sharing this link:

Choosing “diet” beverages might help you keep your calorie counts down, but your health problems will start to add up pretty significantly if you drink them on a regular basis.

A recent study looked into the effects that consuming diet drinks – which are any beverages that have been sweetened with artificial sugar substitutes – can have on your health, and their findings are quite alarming. After following tens of thousands of post-menopausal women over more than a decade, they found a link between a higher consumption of diet drinks and an elevated risk of heart disease, stroke and death.

The study involved a racially diverse group of more than 80,000 women who had enrolled in the Women’s Health Initiative Observational Study. All were aged 50 to 79 at the beginning of their enrollment, and they were regularly evaluated for 11.9 years on average. The questions included how often they drank diet beverages such as diet soda, low-calorie colas, and fruit drinks that were sweetened using sugar substitutes, although they were not asked to specify which substitutes they had consumed. The researchers then adjusted for other factors that could have influenced their risk of stroke, such as high blood pressure, smoking and age.

In addition, they found that obese women who consumed two diet drinks or more per day had twice the risk of stroke of those who drank fewer than one each week, and those who had no history of diabetes or heart disease also had a more than twofold higher risk of strokes due to blockages in the small arteries of the brain.

Their findings, which were published in the journal Stroke, are observational and based on self-reports, but they should be enough to give anyone pause before consuming these drinks. An editorial accompanying the paper noted that those looking for healthy, no-calorie drinks should stick to water.

The study was limited to post-menopausal women, which means the researchers technically can’t conclude whether men or younger women could experience the same effects. However, these drinks are filled with unnatural substances that everyone should avoid. Other studies have linked diet drinks to dementia, type 2 diabetes, stroke and metabolic syndrome.

What about those who are trying to lose weight? Concerns about calories are often what drive people to these drinks in the first place, but research has indicated that choosing low-calorie sodas can have the opposite effect, causing people to pile on the pounds. In fact, studies have shown that their intense sweetness causes you to crave more sweet foods. Artificial sugars trigger your brain’s sweetness receptors and when your brain doesn’t get the calories it expects alongside that sweetness, it can cause hunger and spur overeating.

In addition, choosing these drinks with their lower calorie count sometimes make people feel entitled to consume more calories elsewhere in their diet. For example, studies have shown that teens who drink diet beverages consume 200 more calories a day on average than their peers who stick to water.

Losing weight requires hard work and dedication, and there really are no shortcuts. Drinks filled with artificial sweeteners might look good in your calorie-counting app, but they can actually cause you to gain weight and can also have a negative impact on your health and longevity. Stick to water if you want to be healthy, and jazz it up with a bit of lemon juice or infuse it with organic fruits when you tire of drinking plain water.

Artificial sweeteners linked to diabetes and obesity
By Vicki Batts 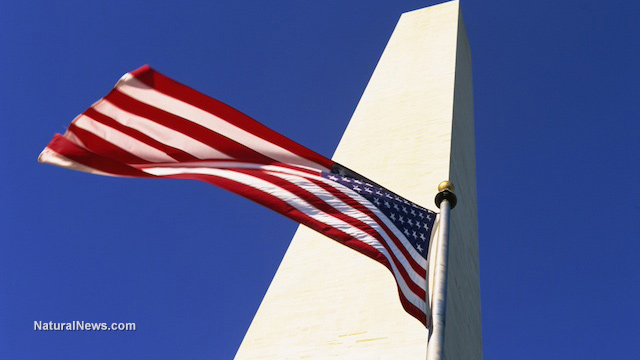 POLITICS – the biggest planned distraction from health and well-being
By S.D. Wells
Comments