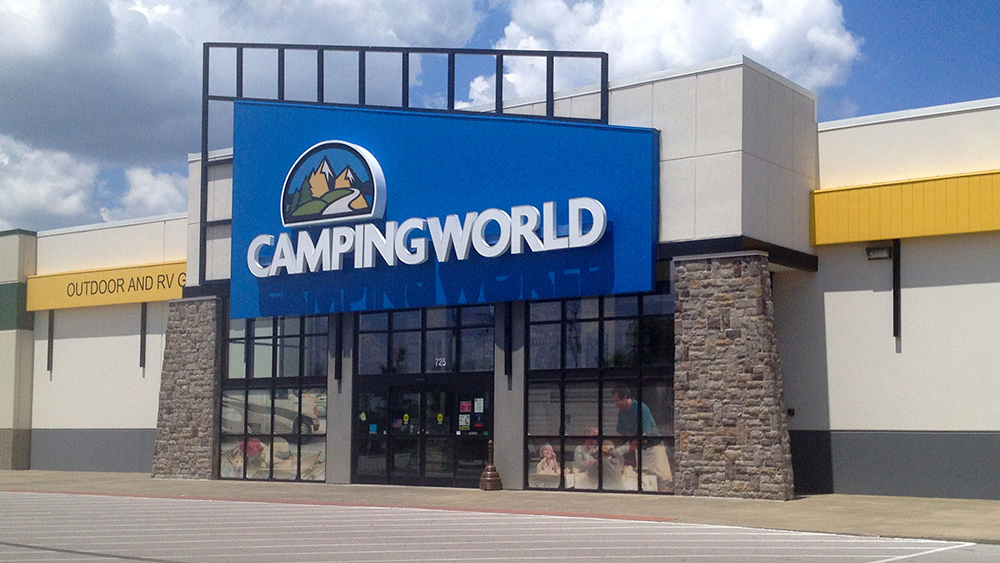 Another Silicon Valley giant company has taken a shot at the gun industry. Salesforce.com is demanding their clients that sell AR-15s [and more gun gear] must stop selling America’s favorite rifle or stop using their software.

Salesforce.com is the leader in cloud-based customer relationship management (CRM) services. The San Francisco tech giant boast of a full suite of software as a service (SaaS) solutions to help customers manage their current customer base and use advanced analytics and marketing automation to acquire new clients. Salesforce has over 100,000 users with some spending over $1,000,000 a year on the services.

Salesforce has put firearms retailers in a tough place. Retailers such as Camping World Holdings is almost totally dependent on the Salesforce software platform to get shipments out and for marketing. Unless Camping World Holdings, which is the parent company of Gander Mountain, stops selling semi-automatic rifles with the ability to take magazines, then they will be kicked off the platform when their contract expires.

Current CEO, Marc Benioff, founded Salesforce.com in 1999. Benioff is strictly on the anti-gun side of the debate. On February 15th of last year, he tweeted out, “The AR-15 is the most popular rifle in America. Ban it.”

The AR-15 is the most popular rifle in America. Ban it. pic.twitter.com/WSueCvR2iJ

Benioff has also given large sums of money to anti-gun groups. He stroked a check of $1,000,000 to March for Our Lives. That is the same group that David Hogg used in addition to his classmate’s deaths to jump-start his career as a professional activist.

The company also include liberal anti-gun politicians as their early investors. These investors include Nancy Pelosi. Pelosi vowed to make gun control a vital issue in the House of Representatives for this term.

Fifty women and girls have sued the software firm Salesforce for designing tools that helped traffickers sell them for sex on the classified ad site Backpage.com. It seems Salesforce has no issue trying to tell its customer companies what they can and can not sell when it comes to legal guns, but they had no issue profiting from sex trafficking by creating customized data tools for online sex provider Backpage.

Salesforce downplayed the impact of the change. A spokesperson from the company said the move is only affecting only a handful of its customers. Their current customers would have until their contracts expire to stop selling the items in question or find another solution to use for their CRM needs.

The company has used its weight in the past for Benioff’s crusades. In 2015, he threatened to use the power of Salesforce to put “economic sanctions” against Indiana if then-Governor Mike Pence signed the Religious Freedom Restoration Act. He cited human rights, but according to a lawsuit filed in March of this year, Backpage.com was facilitating sex trafficking using the company’s services.

Anti-gun advocates hailed Salesforce’s decision as a gamechanger. These groups see companies like Salesforce able to use their market share to force companies to restrict what they can and can’t sale.

The National Shooting Sports Foundation, an industry trade group, sees what Salesforce is doing as “corporate-policy virtue signaling” and said that it is going to have a chilling effect on the industry.

Camping World Holdings did not return AmmoLand’s request for comment by the time of this writing.