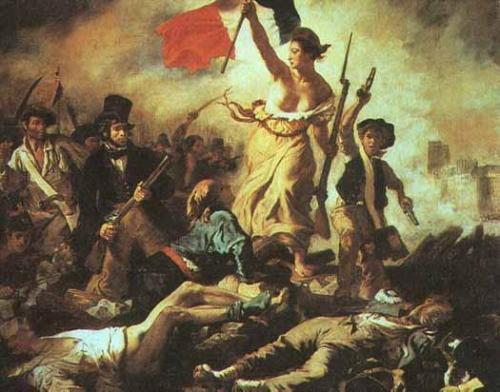 Researchers at Lancaster University in the United Kingdom are busy working on new technology that they claim will one day make it possible for law enforcement to identify potential criminals simply by looking at their hands.

Professor Dame Sue Black, who’s reportedly heading up the project, says that the human hand is much like a fingerprint, bearing unique patterns of veins, skin creases, scars, pigmentation, and in some cases tattoos. Because of this, she claims it’s possible to identify a person solely by these attributes, even if you were to never actually see the person’s face.

Since manual observations of unique hand signatures have already been successfully used in the legal system to identify child abusers, Prof. Black and her colleagues believe that forging a more technologically advanced method of identification that combines the use of “hard” and “soft” biometrics could be the future of criminal justice.

“The hand retains and displays many anatomical differences due to our genetics, development, environment or even accidents so each person’s hands are different,” she contends, as quoted by the Daily Mail Online.

“Now for the first time, researchers will analyse all the factors that make a hand truly unique so we can understand and use them reliably as evidence to identify individuals.”

In the New World Order, there will be no more privacy

As is typically the case, this highly invasive technology – the first of its kind – is being touted as a potential societal benefit that will help reduce crime. But even its proponents admit that it will leave little in the way of personal privacy, advancing Big Brother spying and surveillance capabilities to a whole new level of Orwellian.

In conjunction with the University of Dundee (U.K.), Prof. Black and her colleagues plan to eat up the $2.5 million euros they’ve been granted to study the concept, which in many ways resembles facial recognition technology that’s capable of identifying people even when their faces are covered.

It’s the future, alright – a future where nobody will have any privacy whatsoever, and one in which the government has full autonomy over the global masses of human slaves who’ve gullibly traded their rights and liberty in exchange for a false sense of peace and safety.

For more news about the burgeoning police state that’s being created in order to implement a tyrannical New World Order, be sure to check out PoliceState.news.

To make sure that this future biometric hand identification system works as intended, the team plans to recruit 5,000 “citizen scientists” to volunteer as human guinea pigs. These volunteers will be asked to contribute images of their hands for use in the world’s first searchable database of hands, which Prof. Black and her colleagues hope will be as efficient and effective as the systems already in place for identifying fingerprints.

Such technology as it pertains to fingerprints already allows police officers to identify a potential suspect in under one minute, right at the scene of the crime. The goal, according to Prof. Black, is to have a similar system for hands that allows law enforcement to quickly peg potential suspects for detention and questioning.

“A significant step change is required in the science to both reliably and repeatedly extract and compare anatomical information from large numbers of images especially when the hand is not in a standard position or when either the resolution or lighting in the image is not ideal,” she says.

For more stories on this topic, check out PrivacyWatch.news.