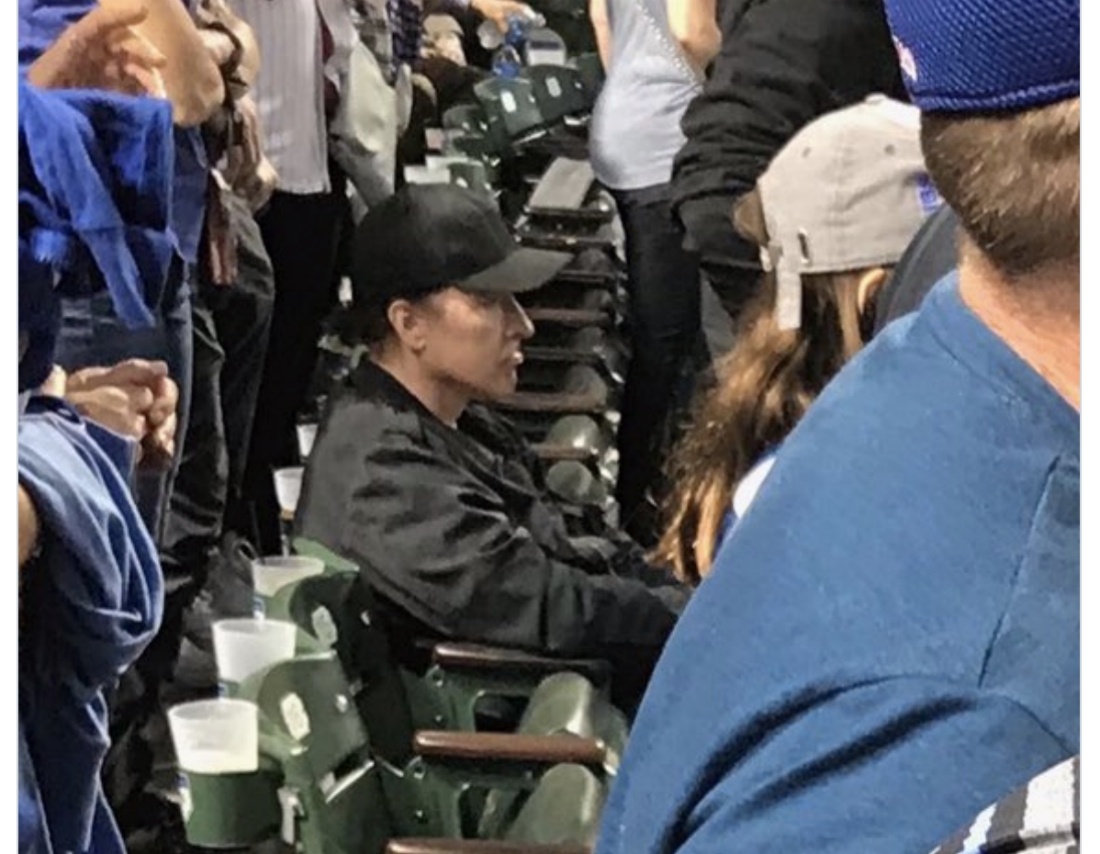 When it comes to hating America and her values, her culture, and her traditions, nobody is as good at it as the Democrat Left.

In fact, you could even call them ‘America-hating experts,’ and one of the most loyal members is America-bashing ‘actor’ John Cusack.

Perpetually triggered since POTUS Donald Trump beat the most corrupt, criminally investigated presidential nominee in history, Hillary Clinton, Cusack’s Trump Derangement Syndrome and his anti-American angst were both on full display this week at baseball game, of all places — a game which, of course, has often been called “America’s pastime.” (Related: Now that the Jussie Smollett Trump ‘hate crime’ hoax has been exposed, where are all those Hollywood apologies?)

As Breitbart News’s Jerome Hudson noted, it wasn’t enough for Cusack to sit through a 30-second salute/tribute to the U.S. military at the Chicago Cubs’ Wrigley Field before a ball game on Tuesday, but he made sure to take to social media and insult all 63 million supporters of POTUS Trump.

“I didn’t stand up for Boeing military salute — fast enough for some maga f**k — see? Don’t even have taste not to brand weapons company all over score board,” he wrote, adding a retweet, “What in the actual f**k does ‘tonight’s military salute’ even mean?”

Someone made sure to snap a pic of him sitting in his seat — looking all ticked off and put out by the celebration, as though the Cubs somehow cheated him out of his desire not to be offended, or something like that (see above).

CWBChicago, an investigative city-based media organization, tweeted out a picture of a grumpy Cusack.

“Here’s @johncusack, staying firmly seated during tonight’s military salute a Wrigley Field,” the media organization tweeted. Meanwhile, everyone else around the actor was seen standing…because it’s the right thing to do.

He later complained about POTUS Trump hugging a U.S. flag.

“Trump. Wraps himself in the us flag – literally hugs it. You think he’s a patriot?” he wrote.

Trump. Wraps himself in the us flag – literarily hugs it . You think he’s a patriot ?

That’s a fav of Cusack — calling POTUS Trump supporters members of a “deathkkkult” (note the triple “k” like he’s such a clever guy). He rarely goes a day without using it.

But what’s really odd is that Cusack is a supporter of Sen. Bernie Sanders, a bona fide, dyed-in-the-wool supporter of communism who, if given control of government, would exert iron-fisted control over society (including Cusack) while appropriating nearly all of his money so he could give it away to ‘deserving’ folks.

And yet, Cusack thinks Trump is the tyrant. Right.

As for Boeing, well, the company is responsible for developing and manufacturing some very impressive weapons systems for the military that, in turn, keep all of us safe, even ungrateful, self-centered, America-haters like Cusack.

So what if the company makes a profit? How else will it a) pay its employees and b) earn enough money to continue developing kick-butt weapons that keep ungrateful, self-centered, America-hating actors safe?

We are assuming, John, that you don’t act for free — do you? Or are you just another Left-wing hypocrite, where your capitalism is okay but no one else’s is?

Did you know that Bernie Sanders doesn’t believe in capitalism, John? If Bernie gets his way (with your help, apparently) he’ll essentially force you to act for free because he’ll use government to appropriate nearly all of your earnings, you millionaire, you.

Here’s the thing. You don’t have to like Donald Trump (like people didn’t like Obama, either). But if he walks into the room, you get off your a** and stand up because you’re being respectful to the office of the presidency.  That’s called decorum, and it’s expected of all of us.

Read more about the cult of Leftism and their ‘hate America’ agenda at LeftCult.com and Intolerance.news.