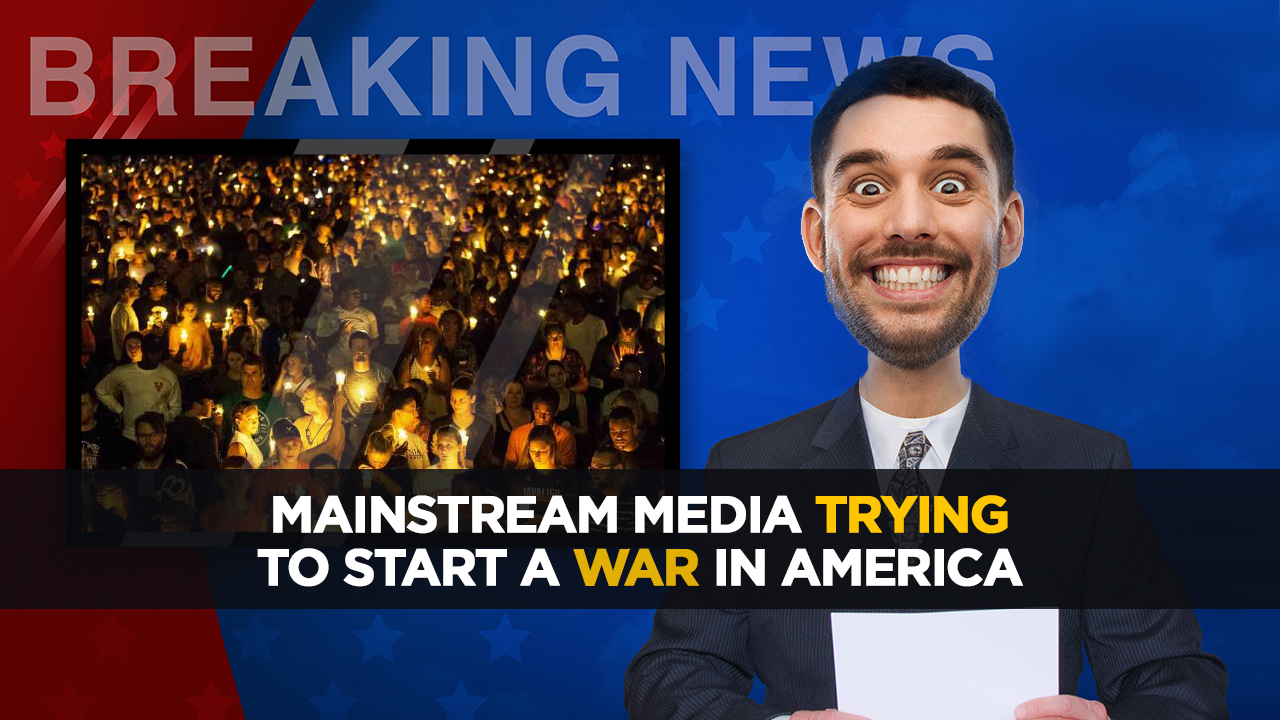 Most Americans have known for some time that the so-called “mainstream media” in the U.S. has become little more than the propaganda machine for the Democratic Party, but in recent years the legacy American press has turned into something else: A terrorist organization, and its practitioners journo-terrorists.

That helps explain how an established broadcast television network — CBS — would allow one of its ‘journalists’ to encourage people to get physically violent with others they simply disagree with politically.

And not only that, but to recommend a course of violence, such as throwing bricks, that could wind up permanently injuring someone or even killing them if they were struck in the head.

As Breitbart News’ John Nolte pointed out this week, “with its embrace of the left’s milkshake assaults on politicians, CBS News has joined CNN’s campaign to encourage violence against the political right.”

Brexit Party leader Nigel Farage was just the latest right-leaning politician attacked with a milkshake over the weekend, and as my colleague James Delingpole points out, there is nothing funny or harmless about these assaults.

“Once you start suggesting that physical assaults of any kind are acceptable then you are legitimizing violence. And violence has a nasty habit of escalating,” Delingpole writes, which is, of course, spot-on.

Nolte continues: “The right to swing your fist ends at the tip of my nose, and hurling a milkshake at someone is a physical assault. Period.”

And even if the act of violence doesn’t go any further than throwing a milkshake on someone, which is disgraceful behavior in and of itself, it’s still a physical object being hurled in someone’s direction with the express purpose of at least humiliating them but which could also possibly injure them (say, if it were to get into someone’s eye).

Plus, it’s a form of vandalism as well — destruction of someone’s clothing.

“Physical assault is an extremely easy and moral line to draw,” writes Nolte, “and we all know the media would hit Defcon 1 if a Barack Obama or Elizabeth Warren was ever hit with a milkshake.”

But yet, CBS News is openly encouraging it:

Protesters in Britain have weaponized the milk shake. In the latest of a series of attacks on right-wing politicians, Brexit Party Leader Nigel Farage was doused with a milkshake yesterday. That was actually salted caramel if anyone is wondering. [Laughter.] He was campaigning. These attacks have come to be known as milk shaking. Now, this follows egging. It follows pieing, punching. I don’t know. I’m sure it feels great. I’m sure people love the feeling. Pictures fly around the world. Put some of that energy into campaigning and maybe the people you don’t want to be in office won’t be in office.

What’s to stop someone from throwing bricks instead? Oh yes, and it’s already been suggested. A tweet from Chorlton Brewing Co. in Britain recommends that people who don’t like Farage and other conservative candidates who are campaigning for office now should not throw their beer but a brick instead…because Right-leaning politicians are ‘fascists.’ (Related: Left-wing VIOLENCE has created a ‘new normal’ for GOP Congress: Dramatic increase in THREATS.)

What follows bricks? Ball bats? Machetes? Bullets? Because if it’s okay to throw a drink on a “fascist” then surely it’s okay to hurt them as well and, eventually, kill them…right? Because we can’t let “fascists” walk around safely in the streets.

The fact is if anyone is behaving like fascists and authoritarians it is Leftists.

You can bet this kind of unacceptable behavior will only lead to real violence, and since violence begets violence, you can imagine how this is going to escalate.

The Left has decided that the the Right should not be afforded the amenities of civil society, and have concocted reasons to justify their violence (they’re ‘fascists,’ ‘bigots,’ ‘racists,’ etc.). The fact is, they are none of those things.

But what conservatives will become, eventually, is fed up with being attacked. Then it gets ugly.

Read more about the Left’s increasing tendency towards violence and their push for civil war at Violence.news and CivilWar.news.