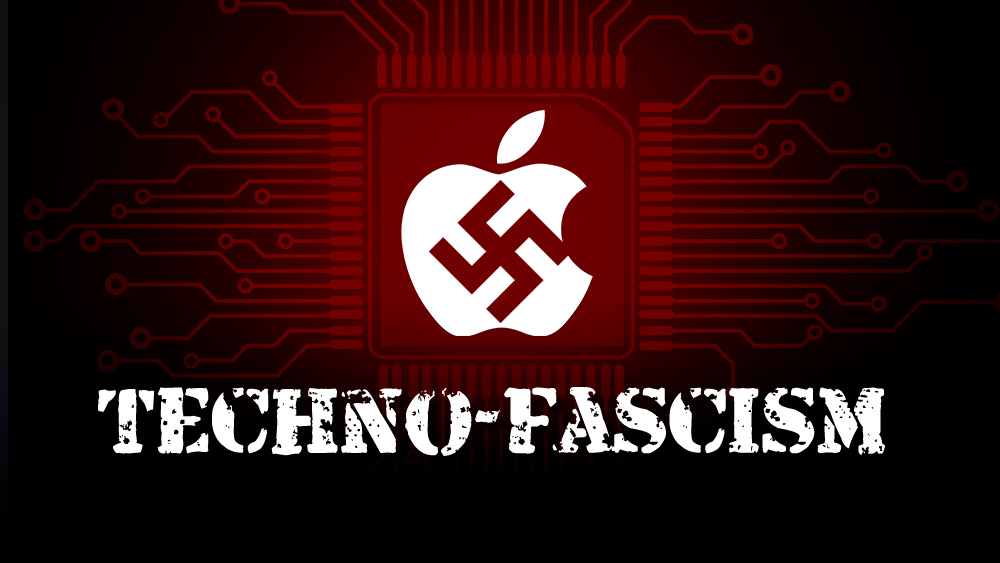 As tens of millions of filth-addicted Americans have been gorging themselves on the trashy, low-grade HBO pornography series “Game of Thrones,” Apple has quietly taken yet another step towards absolute totalitarianism, banning Natural News from its “Apple News” platform for publishing information that Apple claims is “rejected by the scientific community.”

It would appear as though Apple is particularly offended by Natural News telling the truth about carbon dioxide (CO2), the “greenhouse gas” that climate fanatics claim is causing “global warming.” Since we don’t subscribe to the pseudoscientific fear-mongering that CO2 is a “pollutant,” Apple says we’re spreading “misinformation,” which is apparently no longer allowed, First Amendment be damned.

Even though the National Aeronautics and Space Administration (NASA) agrees with Natural News that CO2 has been around forever and is actually good for the planet, helping to “re-green” it, Apple disagrees – and when Big Tech disagrees with something, it instantly becomes impermissible “hate speech,” in case you didn’t know.

Natural News recently received an official notice from Apple News explaining that, because we believe that CO2 is good for plants and helps them to grow and thrive, representing a key component of the life cycle on Earth, that our “channel has been disabled,” and our content “removed from Apple News” because it doesn’t “comply with … Apple News guidelines.”

Apple News went on to claim that Natural News content “advocates views overwhelmingly rejected by the scientific community,” so that’s that.

For more news stories like this, be sure to check out Censorship.news.

Big Tech’s “Ministry of Truth” wants you to believe only lies, which is why censorship abounds

It’s highly likely that Apple objects to other Natural News content as well, including our publishing of stories revealing that the MMR vaccine for measles, mumps, and rubella does cause autism, and that Merck & Co., its manufacturer, as well as the U.S. Centers for Disease Control and Prevention (CDC) are guilty of covering up the truth.

Natural News similarly doesn’t shy away from reporting on other “controversial” issues such as the fact that artificial water fluoridation is a dangerous and highly unscientific “public health” practice, as well as the fact that raw milk, contrary to what you’ve probably heard, is a safe and extremely health-promoting superfood when produced properly.

There are so many issues we deal with here at Natural News that go against the grain of mainstream thinking that Big Tech’s “Ministry of Truth” has no choice but to censor it – otherwise the general public would eventually learn that they’ve been lied to about pretty much everything that matters.

While Natural News has no intention of ever kowtowing to the demands of Apple or any other tech giant demanding that we submit to the golden calf of political correctness, we recognize that standing up for the truth comes at a price – the biggest so far being increasingly limited exposure on some of the world’s biggest tech platforms.

It’s a chilling precedent that’s being set by Apple and many others, reminiscent of what George Orwell warned about in his famous novel 1984. What we’re witnessing is the rapid abolishment of all information and thought that in any way contradicts the official narrative set forth by our overlords – and unless We the People rise up to stop them from doing this, it’s only going to get much worse.

“Regardless of whether an individual agrees or disagrees with Natural News content, Apple has now decided that no one is even allowed to read or view that content,” warns Mike Adams, the Health Ranger, about where things are headed.