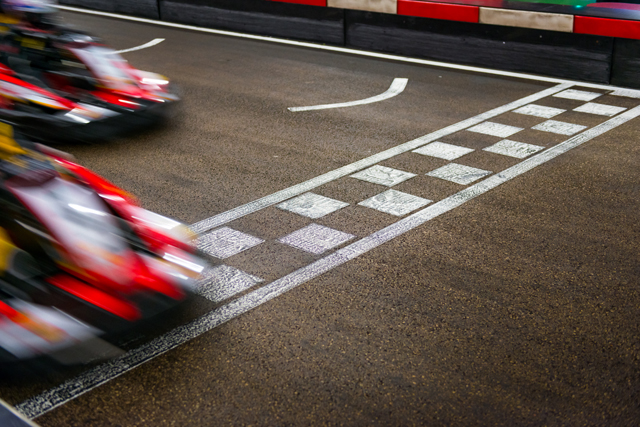 Students at Université Laval in Quebec, Canada have developed a prototype gasoline-powered car that can run up to 2,713.1 miles per gallon, which is equivalent to the distance between Philadelphia and Los Angeles. The research team’s prototype car was found to be lightweight and aerodynamic, and packed incredible power for its size. The prototype car ran on two horsepower, most of which were used to get the car running. The prototype car bagged the top place in Shell Eco-marathon Americas competition in 2017. However, the car’s design fell short on the UrbanConcept Americas category, which assessed the entries’ roadworthy design.

The team’s recent victory marked the university’s fourth win in the said competition which began 12 years ago. The competition was designed to challenge students from various universities around the world into designing a prototype car that used various fuels such as gasoline and hydrogen cell fuels to maximize efficiency. Last year’s competition was held in a closed circuit track along the downtown streets of Detroit, Michigan. It included delegates from Brazil, Canada, Colombia and Guatemala as well as Mexico, Peru, Puerto Rico and the United States. The Laval team bested more than 1,200 students from 114 teams that participated in the competition. The competition’s runners up included representatives from the Brigham Young University in Utah and Mater Dei High School in Indiana.

In 2016, Laval delegates won the said competition with a gasoline-fueled prototype car that ran 2,585 miles per gallon. The entry beat more than 1,000 students from a record 124 teams representing seven countries. During the same year, the team also won the Society of Automotive Engineers’ (SAE) Supermileage competition with the prototype car that ran 3,788 miles per gallon. This marked the third time that the university won at the SAE competition.

The team also topped the Shell Eco-marathon Americas competition in 2014 with their three-wheeled, teardrop-shaped prototype car that covered 2,824 miles per gallon. This meant the the prototype could potentially travel from New York to Los Angeles using less than a gallon of fuel. In 2013, the team snagged the competition’s top spot for its prototype car that covered as much as 3,587 miles per gallon. To put that into perspective, the car could travel from Caribou, Maine to San Diego, California.

The competition entries from the Université Laval and other international teams may have potential implications in better fuel efficiency, which in turn may lead to reduced global carbon emissions from fossil fuels. According to statistics by the U.S. Environmental Protection Agency (EPA), carbon emissions increased by about 90 percent since 1970. Carbon emissions from fossil fuel combustion and industrial processes accounted for 78 percent of the total greenhouse gas emissions increase between 1970 and 2011, the EPA data revealed. Carbon dioxide released from fossil fuel use made up 65 percent of all the greenhouse gasses emitted by human activities. The EPA data also showed that emissions of non-carbon dioxide greenhouse gases also showed a significant increase since 1900.

According to the EPA, countries including the U.S., China, Japan and India as well as the European Union and the Russian Federation were the top carbon emission hot spots in 2014. China alone was accounted for 30 percent of the global carbon emissions in the said year, while the U.S. and the E.U. accounted for 15 percent and nine percent of emissions, respectively.