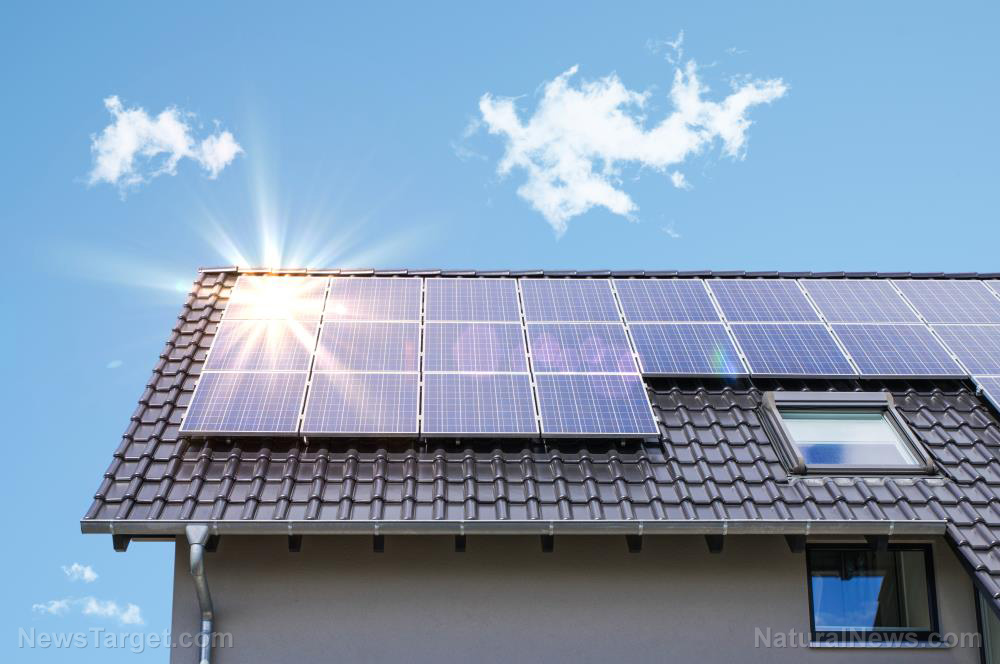 Solar cells will soon become even cleaner and safer for humans without sacrificing cost and efficiency. The new perovskovite materials developed by Korean researchers do not have a single molecule of dangerous lead in them, making them safe for commercial use.

Perovskovites are a class of materials with a crystalline structure similar to natural perovskite. They are used to increase the efficiency of photovoltaic cells while also reducing the cost of producing the devices.

Many perovskites contain lead, a heavy metal that is naturally unstable and toxic to humans. The drawbacks of lead-based materials have kept perovskites from widespread use in solar cells and other light-related technologies.

Materials researchers have responded to the challenge by developing lead-free perovskites as alternatives. While these new materials are free from the toxic heavy metal, they are also much less efficient.

Now, a research team from Ulsan National Institute of Science and Technology (UNIST) has developed several perovskite materials that achieved the same overall efficiency and stability without relying on lead. Tests showed that the new perovskites can regenerate the electrical charge of dye-sensitized solar cells. (Related: Children who grew up exposed to high levels of lead are at risk of mental health conditions as they age, say researchers.)

The UNIST researchers are leveraging vacancy-ordered double perovskites (Cs2SnI6) as their lead-free alternative material for solar cells. Their study provides the first clear, comprehensive look at the surface states and functions of the material.

In order to determine these properties, the researchers created a 3-electrode system that can view charge transfer through the surface state of the lead-free perovskites. They used the electrode system to evaluate the means by which this class of perovskites transfer electron charges.

The potential of the surface state of a material is linked to its bandgap. Various analyses of the vacancy-ordered double perovskites show that its surface state has considerable redox activity.

These perovskites can be charged and discharged with ease if there are iodide redox mediators that will regenerate the oxidized dye and bring the electron hole toward the cathode. In addition, a charge regenerator system made from the lead-free perovskites confirms that the charge transfer took place via the material’s surface state.

“In case of Cs2SnI6, charge transfer occurred through the surface state of Cs2SnI6,” reports UNIST researcher HyeonOh Shin, who is part of the team investigating the lead-free perovskites. “This will aid in the design of future electronic and energy devices, using Pb-free perovskites.”

These findings are applied to the dye-sensitized solar cells (DSSCs) that the researchers created for testing purposes. These hybrid solar cells combine organic dyes with inorganic Cs2SnI6-based charge regenerators. The oxidized dyes produce electric current while they are being returned to their original state.

“Due to a high volume of electrical charges in organic dyes that show high connectivity with the surface state of Cs2SnI6, more electric current were generated,” observed UNIST researcher and lead study author Byung-Man Kim. “Consequently, Cs2SnI6 shows efficient charge transfer with a thermodynamically favorable charge acceptor level, achieving a 79% enhancement in the photocurrent density compared with that of a conventional liquid electrolyte.”

Kim and his colleagues concluded that the surface state of vacancy-ordered double perovskites serves as the primary pathway for transferring electron charges around a redox mediator. Future designs for lead-free perovskite devices can build upon the UNIST findings.

Eventually, lead-free perovskite photovoltaic cells will be able to provide renewable and sustainable energy without threatening the health of humans, especially children who are vulnerable to toxic heavy metals like lead.