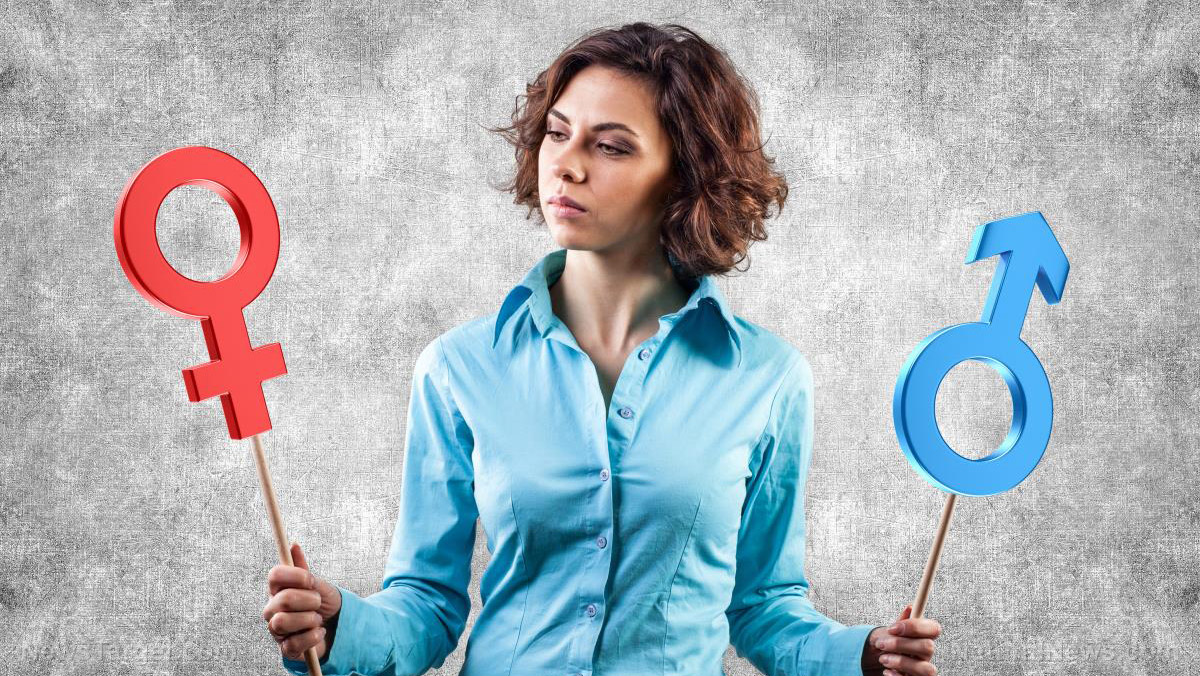 Teen Vogue is back in the alternative news over a controversial video it uploaded to YouTube challenging the notion that male and female are real biological classifications for human beings.

According to Teen Vogue editors and allies, biological sex, as defined by X and Y chromosomes in a person’s DNA, is a completely made-up concept and “social construct” that exists solely to discriminate against people who identify as LGBTQ.

Entitled, “5 Misconceptions about Sex and Gender,” the video features Belgian fashion model Hanne Gaby, who claims to be “intersex.” According to Gaby, who’s featured first in the video, the longstanding binary understanding of there being just two human sexes, male and female, is “b*******.”

Lucy Diavolo, a rock musician and editor at Teen Vogue agrees. In her segment of the video, Diavolo tells the camera, “When I say, ‘I’m a woman,’ I don’t just mean that I identify as a woman. I mean that my biology is the biology of a woman, regardless of whether or not doctors agree.”

Diavolo also takes issue with people who express concerns about “transwomen” – meaning biological men who’ve deluded themselves into believing that they’re actually “women” – using women’s restrooms, as she believes that gender dysphoric beings have a right to use whatever restroom they wish.

“Human beings are so complex that each person has the right to define who they are,” adds LaLa Zannell, a transgender justice campaign manager at the American Civil Liberties Union (ACLU), who’s also featured in the Teen Vogue video.

“And ‘X’ and ‘Y’ can’t define who you are in your heart, in your mind, as you’re growing in life,” “she” further explains.

For more related news about gender insanity, be sure to check out Gender.news.

Zannell’s position isn’t an anomaly at the ACLU, as ACLU attorney Chase Strangio also maintains that biological sex is a social construct that has nothing to do with which type of reproductive parts a person has on his or her body.

“The meaning may be that, the thing that most of us are taught, is that if you have a vagina you’re a girl, and if you have a penis you’re a boy,” Strangio says, claiming that “political choices, social factors, (and) ideological choices” are what assign meaning to human body parts.

The deception runs strong at Teen Vogue, which publishes so much pseudoscientific perversion these days that it’s surprising any parent would let their children read such trash. But such is the trajectory of modern-day liberalism, which actually believes that cow flatulence is warming the planet, and that biological sex is completely make-believe.

The LGBTQ mafia is also now claiming that because both males and females have testosterone in their bodies, that both sexes are identical and “fluid” – even though it’s an undeniable scientific fact that males have far more testosterone than females as a matter of biology.

“Distinguishing male and female is based on the sexes’ respective roles in procreation,” writes Martin M. Barillas for Life Site News, countering the gender spectrum lie. “A person possessing the capacity to reproduce with a female is thus biologically male.”

“On the other hand,” he adds, “a person with the capacity to reproduce with a male is biologically female. The designation of male and female are correlative terms because they are defined in reference to each other.”

Be sure to check out LiberalMob.com for more stories like this.