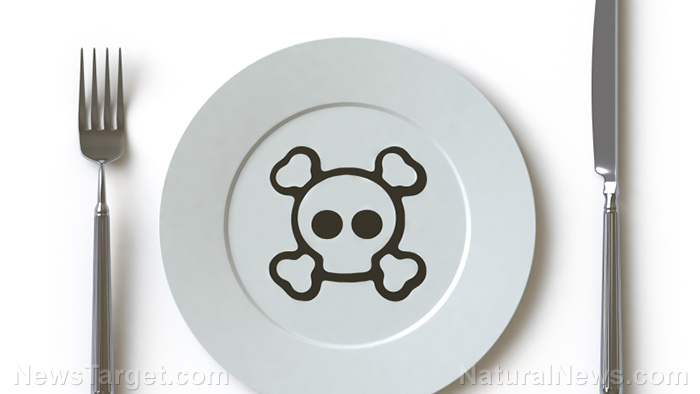 In an article that has since been removed, the Boston Globe encouraged waitstaff to “tamper with” food served to Trump officials.  The leftist diatribe published by (now former) Globe writer Luke O’Neill immediately sparked outrage, and has since been erased from the publication’s website. But what the Globe seems to have forgotten is that the internet really is forever.

After massive backlash, the Globe made a series of stealthy edits to O’Neill’s vitriolic op-ed, in what appears to have been a last-ditch effort to mitigate the piece’s tone before scrubbing it entirely. O’Neill’s “regret” over not pissing in Bill Kristol’s salmon, and his not-so-subtle insinuation that other waiters shouldn’t make the same “mistake” he did, are more than enough proof that journo-terrorism is a real thing. And it’s widely encouraged by the mainstream media — at least until they get into trouble for it. The intolerant left continues to show their true colors by encouraging violence against conservatives, and anyone else who disagrees with their agenda.

As Daily Wire reports, the article written by O’Neill and published by the Globe was titled, “Keep Kirstjen Nielsen unemployed and eating Grubhub over her kitchen sink.” It originally opened with this gem:

One of the biggest regrets of my life is not pissing in Bill Kristol’s salmon. I was waiting on the disgraced neoconservative pundit and chief Iraq War cheerleader about 10 years ago at a restaurant in Cambridge and to my eternal dismay, some combination of professionalism and pusillanimity prevented me from appropriately seasoning his entrée.

Before the article was removed, Globe editors changed the sentence to read “defiling” instead of “pissing.” Apparently, tampering with Bill Kristol’s food would have been fine, but flat-out peeing on his fish would have been one bridge too far.

After waxing poetic about pissing on salmon and poisoning politicians, O’Neill reportedly concluded the article as such:

As for the waiters out there, I’m not saying you should tamper with anyone’s food, as that could get you into trouble. You might lose your serving job. But you’d be serving America. And you won’t have any regrets years later.

O’Neill’s intent is very clear here. While defenders of O’Neill may whinge about First Amendment rights, the fact of the matter is that O’Neill is very deliberately encouraging readers to tamper with Trump officials’ food — and as The Federalist contends, shouldn’t be protected under the First Amendment.

The left-wing has called for virtually all conservative-leaning speech to be censored as hateful; from labeling the pro-life movement “anti-woman,” to decrying border security as “racism” or “xenophobia,” liberals have no qualms about silencing conservatives in any way possible.

Yet the very suggestion that a liberal shouldn’t incite violence against individuals on a widely read public platform is deemed too “authoritarian” by the very same leftists. Indeed, the world of politics is rife with hypocrisy.  The mainstream media is even more guilty.

There have been countless instances of journo-terrorism over the years. In 2017, The Boston Herald published an article declaring that vaccine skeptics should be hanged.

In 2018, CNN came under fire for publicly shaming and doxxing an elderly woman on live television. Leftist media rags have been calling for the tear-down of conservative publications and pundits for years at this point; it should surprise no one that these efforts are now escalating.

Not only are liberal-leaning media outlets attacking their conservative counterparts, they are now targeting individuals for abuse.

O’Neill issued a public comment on his outrage-inducing article, declaring, “I would like to apologize for my commentary regarding the warden of the baby jail.” The non-apology has also garnered much criticism.