Questions for Chase (away) Bank 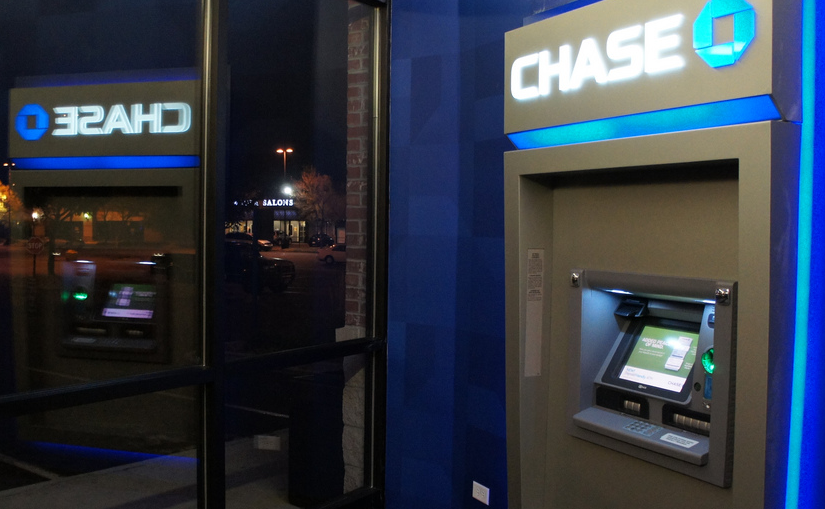 I have been a Chase Bank customer for years. Who knows how much longer it’ll be? Will the company’s thought police come for me next? How about you? If you are a non-leftist who does business with the financial giant owned by J.P. Morgan Chase & Co., you need to ask questions and get answers.

On Tuesday, investigative journalist James O’Keefe and his Project Veritas team released a disturbing new video on the runaround that Chase officials gave Texas conservative entrepreneur Enrique Tarrio about his canceled account. Big business may very well be enabling America’s very own version of the Chinese social credit system in which political dissent is flagged, shunned, punished and eradicated.

Tarrio is a young, peaceful, Afro-Cuban freethinker and chairman of the Proud Boys organization. In February 2019, the Texas Trump supporter received a letter from Chase Bank informing him that “after careful consideration,” the financial institution could “no longer support” his banking account. The notice followed a hit piece against minorities who support the president by The Daily Beast, a reliable echo chamber for the discredited Southern Poverty Law Center smear machine.

Tarrio was subsequently kicked off Chase’s payment processor, which he used to sell patriotic and pro-Trump T-shirts. Next, he was deplatformed from Facebook, Twitter, Instagram, Airbnb, FirstData, Square, Stripe and PayPal before losing his bank accounts. When I asked on Twitter in February why we can’t have just one financial institution that doesn’t cave to social justice warriors, the official Chase Twitter account tweeted me back:

“Hi Michelle, this article is inaccurate. We did not close his personal account. We do not close accounts based on political affiliation.”

I pointed out that Chase’s letter clearly stated that the company had closed his account. “So if not for political reasons,” I asked, “why, ‘after careful consideration,’ did you close his account?” The social media manager of Chase’s corporate Twitter account, previously so eager to spill the tea, replied: “For privacy reasons, we can’t say more.”

Thanks to Project Veritas, we now know more. Undercover audio and video exposed how:

Others who received Chase shutdown notices so far in 2019: conservative Rebel Media contributor Martina Markota, anti-sharia and pro-borders investigative journalist Laura Loomer and U.S. Army combat vet and vocal Trump supporter Joe Biggs. Were Markota’s, Loomer’s and Biggs’ removals “clerical” errors or unfounded or were they based on an ideological litmus test disguised as a “moral character” assessment?

How exactly is J.P. Morgan Chase’s $500,000 donation last year to the SPLC left-wing operatives being put to use?

Why did the company embrace a known defamation racket whose stated mission is to “destroy” its political enemies on the right?

What comment does Chase have now that SPLC’s top leaders have been purged amid internal accusations of intolerance and discrimination within the walls of the notorious Poverty Palace?

Is Chase operating from the same playbook as Paypal, which is booting off conservatives in consultation with the SPLC? One of its most recent victims: Luke Rohlfing, a young reporter for BigLeaguePolitics.com, who had exposed how the payment processor was allowing Open Borders Inc. heavyweight Pueblo Sin Fronteras to raise money for illegal immigrant caravans conspiring to break our immigration laws — even though Paypal’s own terms of service state clearly that users may not engage in any activities that “violate any law, statute, ordinance or regulation.”

Tarrio warns of the speech-squelching pattern emerging across Silicon Valley and on Wall Street: “First we get silenced on social media, then Paypal, then I get debanked. It’s a very dangerous trend.”

He is not alone. Former Toronto mayoral candidate and social media commentator Faith Goldy told me: “To date I’ve been banned from: PayPal, Patreon, GoFundMe, Airbnb, Facebook and Instagram. I’ve committed no crime! My only fault is loving my country and quoting government statistics to a camera from my kitchen table. The nature of big tech censorship is imperialistic and these Silicon Valley nerds won’t stop until every freethinker is snuffed or scared into submission.”

As for Chase Bank, I sent all my questions to chief communications officer Patricia Wexler, who challenged the authenticity of one of the employees recorded by Veritas (O’Keefe showed proof of the Chase New York media relations number dialed and had audio of the employee identifying himself as a Chase rep) and ignored the substance of the report.

Evasion and denial are surefire ways to lose business. Is it Chase Bank or Chase Away Bank? Inquiring customers would like to know.