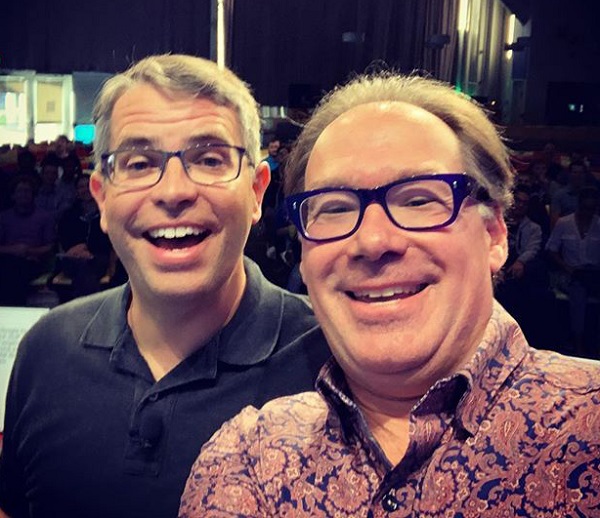 Much of the attention as it pertains to scrutinizing the ongoing Google censorship conspiracy is focused on the search engine giant’s blatant targeting and removal of conservative web content. But what about all the websites dedicated to spreading the truth about vaccines, cancer cures, natural medicine, and other health-related topics that have also been targeted and removed from Google’s search results?

Following the recent revelation that Google has been secretly censoring web content for quite some time now, despite claims to the contrary, many are now calling for Google CEO Sundar Pichai and his fellow cronies to be held criminally liable – one of these cronies being Paul Haahr, a Google software engineer who, as we recently reported, played a key role in getting Natural News temporarily censored from Google’s search results back in 2017.

As explained by Mike Adams, the Health Ranger, Haahr actually made a personal commitment to basically target and flag all “science [and] medical denial” in Google’s search results, as well as anything that he personally regards as constituting a “conspiracy theory.” This means that websites warning readers that the government covered up and even destroyed data showing that the MMR vaccine for measles, mumps, and rubella is dangerous and ineffective, for instance, will more than likely get caught in Google’s censorship net, thanks to Haahr’s work towards this end behind the scenes.

“Ironically, Paul Haahr is himself carrying out a conspiracy to silence the truth about medicine, vaccines, cancer cures and natural health, yet part of his job is to censor ‘conspiracy theories,'” writes Adams.

For more related news, be sure to check out Conspiracy.news.

Is Paul Haahr an NSA spook helping to turn Google into a deep state surveillance asset?

Haahr’s work at Google is so nefarious, we now know, that conspiracy theories about his potential involvement in deep state schemes to hijack tech platforms like Google, and basically turn them into National Security Agency (NSA) and Central Intelligence Agency (CIA) spying and surveillance assets, are quickly becoming conspiracy facts.

Wikileaks founder Julian Assange, who was recently arrested in what appears to have been an act of deep state retaliation against Attorney General William Barr’s announcing to the world that the Obama regime was, in fact, involved in illegal spying on the Trump campaign, wrote an article back in 2013 blowing the lid on the NSA’s takeover of Google.

“Google started out as part of Californian graduate student culture around San Francisco’s Bay Area,” Assange wrote at the time. “But as Google grew it encountered the big bad world.”

“It encountered barriers to its expansion in the form of complex political networks and foreign regulations. So it started doing what big bad American companies do, from Coca Cola to Northrop Grumman. It started leaning heavily on the State Department for support, and by doing so it entered into the Washington DC system. A recently released statistic shows that Google now spends even more money than Lockheed Martin on paid lobbyists in Washington.”

Fast-forward to Donald Trump being elected president in 2017, and Google was, at this point, openly announcing to the world that it had begun identifying and removing “upsetting or offensive” content from its search engine results – a censorship agenda that was being headed up by none other than Haahr himself.

“We will see how some of this works out,” Haahr is quoted as telling SearchEngineLand.com back in 2013 about his company’s efforts to filter out “fake news” from search results. “I’ll be honest: We’re learning as we go.”