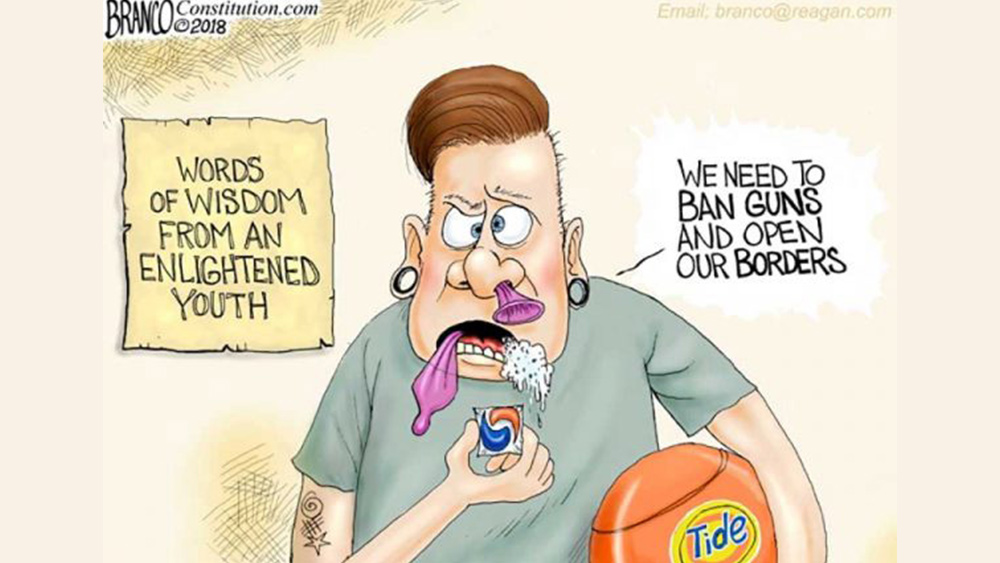 Too many young people these days don’t know what it means to work hard or take responsibility for their actions, and celebrity chef Gordon Ramsay has had enough.

He recently went public with details about how he and his wife raise their four children, who range in age from 17-21, explaining that none of them are given handouts.

Describing those in his children’s age group as the “snowflake generation,” Ramsay says he’s intentional about keeping them grounded and appreciative of what they have. He also plans to not hire any of them at his restaurants because he doesn’t want to be accused of nepotism.

“You want to work in this business? You f*** off to another chef, learn something different, and come back with something new to improve the business,” Ramsay stated bluntly.

“I’m firm, I’m fair, and I will give you everything I’ve got to get you to the top,” he added. “And that’s it, no bulls***. I take a lot of flak for being straight and honest, but I’m not worried about that f***ing snowflake generation.”

Having faced the ire of “generation snowflake” himself, Gordon Ramsay wants his own children to turn out better

As you may recall, Ramsay came under fire recently after announcing plans to open an “Authentic Asian Restaurant” in London.

He was accused by members of this same “snowflake generation,” also known as the social justice warrior (SJW) mob, of “culturally appropriating” Asian culture, and of being “insensitive” towards other ethnicities by making their food as a white man.

With a fifth child soon on the way, Ramsay is trying to teach his children to not be insane like this, and to grow up with real values, not the fake ones propagated by deranged members of the Lunatic Left.

For more news about how crazy Leftists are fueling the “generation snowflake” epidemic, be sure to check out LiberalMob.com.

Having suffered through a miscarriage, Gordon Ramsay and his wife recognize the importance of strong families

A big reason why many “snowflakes” are the way they are has to do with the fact that they’re growing up in broken homes – their biggest influences in life being agenda-driven Leftists at school who are teaching them to become perpetual “victims.”

This victimhood mentality is why many campuses now have “safe spaces” and “cry rooms,” as millennials making their way through the system are incapable of handling real life the way their parents and grandparents did.

Ramsay would seem to understand this, since he clearly doesn’t want his own children to fall prey to the same destructive way of thinking.

He and his wife also suffered a devastating miscarriage back in 2016, which he says brought his family closer together and made him realize even more the importance of maintaining strong family ties – which, for him and his wife, includes plenty of tough love.

“It has brought us all so much closer,” Ramsay stated about how that miscarriage ultimately changed his family’s life for the better.

“You realize how lucky you are and you reflect on what you have, how fortunate you are with your remaining children and you remind yourself of what you’ve got,” he added. “It’s made the family unit even tighter.”

Ramsay is still planning to open his “controversial” Asian restaurant, by the way. Known as the “Vibrant Asian Eating House,” the eatery will feature “Asian small plate classics and Robata-grilled dishes.”

The kitchen will “focus on using Asian ingredients and cooking techniques in new ways,” leading to an “eclectic” menu filled with unique and unforgettable dishes and hand-crafted drinks.

“We’ve got a great team on the project and we’re ready to bring something really special to London this summer,” Ramsay says.