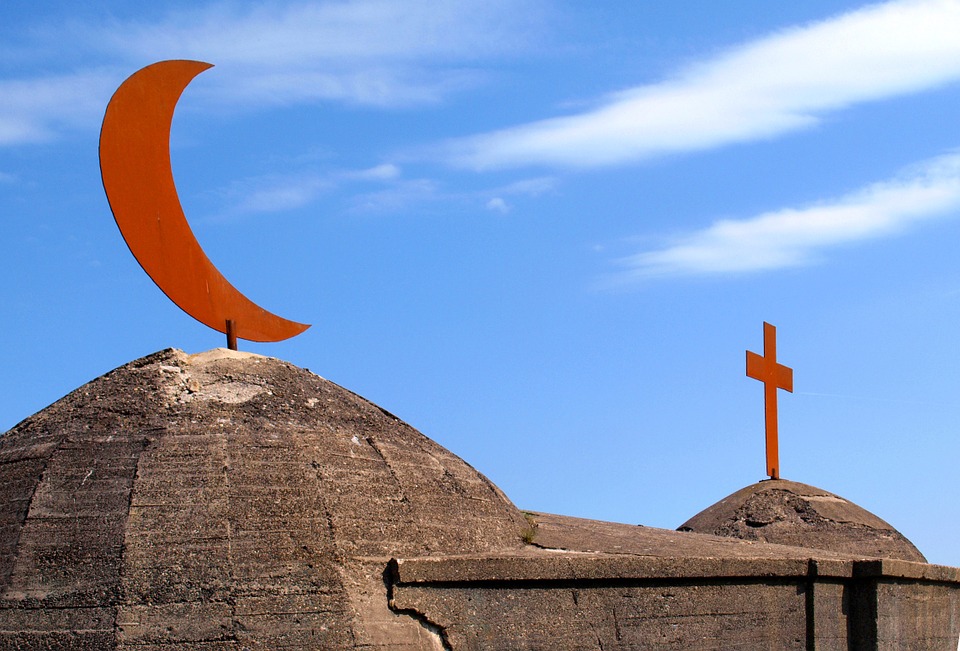 The far-Left is having an absolute meltdown over a recent prayer given by devout Christian lawmaker Stephanie Borowicz of Pennsylvania, who dared to open up the legislative session by praying in the name of Jesus Christ – and was thus declared by Christ-hating Democrats to be “Islamophobic.”

Mainstream media articles quickly spread across the internet chastising Rep. Borowicz for practicing her Christian faith, which was apparently “offensive” to fellow Rep. Movita Johnson-Harrell, a Muslim woman who proudly wears her religious hijab without objection from Leftist Democrats.

Eager for her 15 minutes of fame, Rep. Johnson-Harrell quickly leapt into the spotlight when asked how she felt about Rep. Borowicz’s prayer, declaring it to represent “bigotry” and “hatred,” simply because it doesn’t align with her own Islamic beliefs.

Rep. Johnson-Harrell stated that the prayer was “highly offensive” both to herself, her guests, and “other members of the House.” She added that the prayer “blatantly represented the Islamophobia that exists among some leaders – leaders that are supposed to represent the people.”

“I came to the Capitol to help build bipartisanship and collaborations regardless of race or religion to enhance the quality of life for everyone in the Commonwealth,” she added.

Interestingly enough, nobody found it offensive or became upset over the fact that an Islamic imam gave the opening prayer before the House of Representatives – not once, but twice – in the aftermath of 9/11, even though Islam does not “represent the people,” as Rep. Johnson-Harrell believes to be true about Christianity.

It was Abdullah Antepli from Duke University who was granted that privilege, as he prayed to a “creator” whom he claims enables us “to understand, appreciate, and celebrate our differences.”

This is clearly anti-Christian, in that the God of Abraham, Isaac, and Jacob is anything but “interfaith,” in this regard, proclaiming to the world through his apostles, prophets, and evangelists that there is only one way to God, and that his name is Jesus Christ.

What this would suggest, of course, is that Antepli’s interfaith prayer was “Christophobic,” and that Christians everywhere should have been offended that he was given the privilege of standing before their representatives and offering up what amounts to religious blasphemy in terms of the Christian ideal.

But did anyone raise a ruckus either time Antepli prayed? Did the corrupt mainstream media run story after story about how “offensive” it was to have a Muslim praying inside a chamber of representatives who are mostly non-Muslim, and who represent majority non-Muslim constituencies? Of course not.

That’s because political correctness dictates that only non-Christians have the right to be “offended,” and thus force their beliefs and ways on others through bullying and censorship, which is precisely what’s happening now against Rep. Borowicz.

“We have … seen many imams say prayers at various legislative bodies that are not non-sectarian, but manifestly Islamic and even condemning of Jews and Christians, while the non-Muslim lawmakers stand with oblivious heads bowed,” points out The Washington Standard.

“This illustrates how absurd charges of ‘Islamophobia’ are, and how any manifestation of faith other than Islam is sometimes seen as offensive to Muslims.”

Keep in mind that, especially in other countries, Muslims actually persecute and murder Christians who refuse to convert to Islam – which is far more “offensive” than having to hear a Christian pray to her God.

“Johnson-Harrell’s ‘Islamophobia’ charge … should be … sobering news for the comfortable Christians of the West who have made an idol out of ‘interfaith dialogue’ and fastidiously avoid saying anything remotely critical about Islam, even as the Muslim persecution of Christians continues worldwide,” The Washington Standard adds.

For more related news, be sure to check out LiberalMob.com.