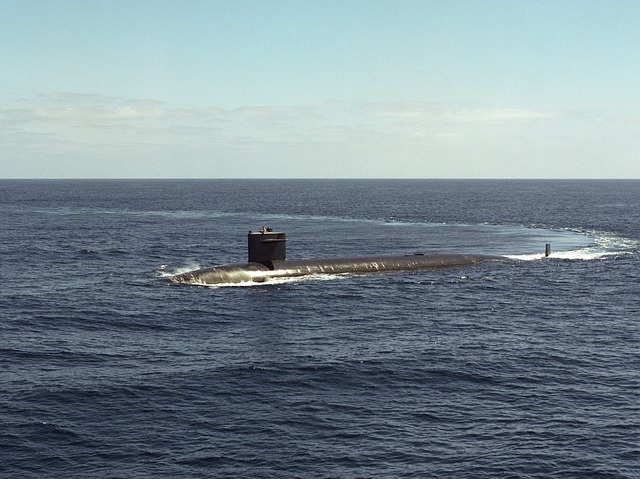 U.S. defense and diplomatic officials say they are becoming increasingly concerned about next-generation nuclear weapons being developed and deployed by Russia that could wipe out American coastal cities with tsunamis triggered by massive undersea detonations.

Christian Whiton, a former State Department senior adviser in the Trump administration, noted that hearing about the Russian ‘doomsday device’ is enough to give any defense official “concerns,” the U.K.’s Express reported.

The news site noted that Whiton, in an interview with Fox News, said that large nuclear devices deployed near American coastal cities would create “a highly irradiated” wave when detonated, though he admitted it would be “worse to be hit by a multi-megaton nuclear blast than the wave that would be caused by one.”

He noted further that the ocean water would absorb “a lot of the force” created by the blast. But clearly, such weapons would give Russia a substantial early advance at the beginning of what would become World War III.

His warning comes as Russia’s navy began sea trials of an “unstoppable doomsday device” in December, Russia media reported, as noted by The National Sentinel.

The Tass news agency, quoting unnamed sources, reported that testing of the Poseidon strategic drone, mentioned by Russian President Vladimir Putin during his state-of-the-nation address to both houses of Parliament earlier this year, was now underway.

“In the sea area protected from a potential enemy’s reconnaissance means, the underwater trials of the nuclear propulsion unit of the Poseidon drone are underway,” the source told the news agency.

According to the source, the works on the drone are included in the state armament program for 2018-2027. The Poseidon is due to be delivered to the Navy until the program’s expiry, the source added.

Poseidon drones together with their carriers – nuclear-powered submarines – make part of the so-called oceanic multipurpose system. The drone got its name following the results of open voting on the website of Russia’s Defense Ministry.

Russian President Vladimir Putin first referenced the Poseidon project during his state-of-the-nation address to both chambers of Russia’s parliament on March 1. During his address, he talked about the Russian navy’s efforts to build nuclear-powered undersea vehicles that were capable of carrying both conventional and nuclear warheads that were capable of destroying an enemy’s carrier battle groups, coastal infrastructure, and other targets. (Related: Senior State Dept. official says ‘nuclear terrorism’ still a MAJOR concern.)

Development of the new drone sub project was first disclosed by the Washington Free Beacon in September 2015. The news site reported the following year in December 2016 that U.S. intelligence agencies became aware of the unmanned undersea vehicle, then code-named “Kanyon” by the Pentagon, as it was launched by a Savor-class submarine the previous month.

Pentagon analysts have said they believe that the Kanyon drones are capable of carrying nuclear warheads in the “megatons” range — powerful enough to wipe out coastal cities after approaching ports using stealth technology.

What’s more, if Putin’s description of the Kanyon is to be believed, the drones can make their way silently through the water at high speeds of up to 70 knots, and trials are already happening.

The Express noted that experts believe a multi-megaton nuclear device detonated undersea at close range could generate a tsunami as powerful as the one that killed 20,000 people in Japan in 2011, following a major earthquake.

And the sediment that such an explosion blew into the air would also be highly radioactive.

“A well-placed nuclear weapon yield in the range of 20 megatons to 50 megatons near a sea coast could certainly couple enough energy to equal the 2011 tsunami, perhaps much more,” Rex Richardson, a physicist, told Business Insider.

Read more about Russian threats to our national security at NationalSecurity.news.