NASA currently working on a conceptual manned mission to Venus 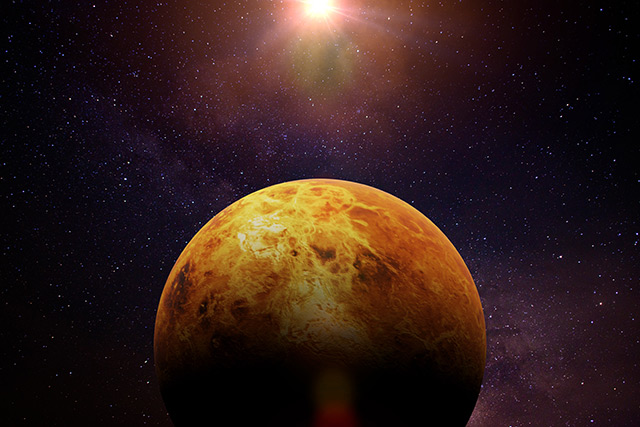 Who in their right mind would want to go to Venus? NASA, apparently, as an article in Live Science reported how the space agency plans to send astronauts to the planet once considered the first stop for space travelers in classic science fiction stories.

Venus makes the airless moon or chilly Mars look hospitable for human life. The temperatures in Venus will melt many metals, the gases that make up its air are poisonous and corrosive, and the immense atmospheric pressures at ground level have made short work of the toughest landers sent by the Soviet Union.

Thankfully, NASA is not going to try to land astronauts on the barren surface of the planet. Instead, the High Altitude Venus Operational Concept (worryingly abbreviated as HAVOC) will stay true to its full name.

HAVOC is envisioned to be an airship that can stay aloft for weeks on end. It will hang out in the upper reaches of Venus’ dense atmosphere.

NASA has not yet established a date for HAVOC. However, such a mission is doable with our current level of technology. (Related: NASA says that aliens live on Venus, but they’re only microbes.)

Venus, the deadly planet with a surprisingly Earth-like sky

While almost all of Venus is a death trap, the upper atmosphere is surprisingly safe for humans. Conditions at altitudes of 31 to 37 miles (50 to 60 kilometers) are believed to be the closest any known planet or moon has come to the environment on Earth.

The atmospheric pressure within this region is only seven to eight psi. That is half of the pressure at sea level on Earth and roughly the same as the pressure at the peak of Mount Kilimanjaro, the tallest mountain in Africa. However, this level of air pressure is considered to be safe for humans, such that HAVOC could dispense with the need for pressurization.

Likewise, the temperature at these altitudes ranges from 68 to 86 degrees Fahrenheit. Astronauts will not need to wear insulated clothes during their stay in the Venusian sky.

Furthermore, the atmosphere is thick enough to screen astronauts from the deadly cosmic radiation found in space. Neither Mars nor the moon has that luxury; only Earth’s atmosphere can match this protection.

Of course, the air is still supremely toxic. It is mostly made of carbon dioxide with a touch of corrosive sulfuric acid.

However, this mixture is also much denser than breathable air. So filling the HAVOC with a life-sustaining mix of oxygen and nitrogen will let the spacecraft float through the atmosphere like a balloon. And we have materials that can resist sulfuric acid.

Last but not least, Venus is closer to Earth than Mars. A voyage to Venus would take less time and require less effort than a mission to Mars.

Could astronauts find alien life in the atmosphere of Venus?

A big argument for sending a manned mission to Venus is the potential to find alien life. Data sent by the Soviet Venera probes showed that the surface of the planet appears to be absolutely barren. However, the upper atmosphere promises to be much more hospitable.

There are volcanic lakes on Earth that are just as acidic as the Venusian atmosphere. Yet these lakes also bear life in the form of doughty bacteria that could survive and even thrive in such corrosive environs.

Other microorganisms have also been discovered living in the clouds on Earth, which can be fairly polluted as well. So the thick clouds of Venus, which reflect up to three-fourths of the light that hits them, could possibly host airborne acid-resistant microbes.