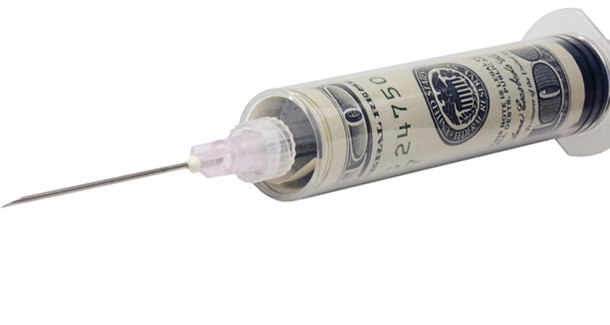 It was the year 1900, and out of every 100,000 humans, only 13 died from the Measles. Forty years later, that number of deaths went down significantly to less than one person in every 100,000, and on down to barely anyone (0.2 in 100,000) dying from Measles twenty years later in 1960. Just three years after that, in 1963, the so-called Measles vaccine was invented, and “miraculously” it was declared that the immunization wiped out this huge threat to mankind. Amazing.

Besides the lies and propaganda that were spread about this “holy grail” of preventative medicine, nobody knew the real horror story that was about to unfold – more people would soon start dying from the Measles vaccine than would ever pass from contracting the disease naturally. To this day, the mass media, the CDC, and the vaccine industry science shills all hide these facts from the public, in order to sell millions of dangerous vaccines and keep people in the dark about the hazards of Western medicine. It’s time for everyone to learn the risk – the real risk.

Not sure how many Americans still know how to do arithmetic, but 127 deaths seems exorbitantly more severe than 2 deaths, so which risk is greater, getting Measles or getting the Measles virus injected with a needle, along with known neurotoxins, into your muscle tissue?

In the following short video, a university-affiliated M.D. named Dr. Moss explains how the vaccine for Measles is much more deadly and much more of a risk than simply contracting the disease – a disease that a normal-functioning human immune system beats down rather easily.

Just take a look at the numbers and make an informed decision yourself, instead of doing everything the CDC tells you to do, especially since the CDC is a for-profit company that’s in the vaccine business.

To add insult to injury, the two people that died from Measles had other illnesses that contributed to their deaths, so nobody really knows if it was the Measles that killed them. Another reason to question getting the toxic jab: Are we considering death from a toxic vaccine a “side effect” or is it just a “complication?” Dr. Moss has an even more important query for all to consider: “So if the real goal of vaccines is to protect children, and not pharmaceutical profits, why is this vaccine still on the market?” “Learn the Risk” organization advises Americans to protect your children; don’t inject them.

U.S. population gets sicker every year from taking pharmaceuticals and being injected with toxic jabs, including the faulty Polio vaccine

Our nation is sicker than ever before in history, yet spends more on healthcare than any other country. How’s that? The combination of chemicals found in today’s vaccines and prescription medications will blow your mind. First off, U.S. babies get jacked up with a cocktail of known carcinogens right from birth, so their immune systems are severely compromised from the get go. It’s a set-up so pediatricians can begin “managing symptoms” of deep-rooted gut problems and central nervous system malfunctions caused by those so-called precious vaccines.

The brainwash began with the Polio vaccine. Statistics were skewed to convince the world that the Polio jab would save millions of people from becoming crippled by the disease. The fact is that infantile paralysis from Polio is rare, but the highly corrupt CDC and a rogue doctor named Jonas Salk convinced the world otherwise when they declared the faulty Polio vaccine to be the “greatest medical discovery of the century.”

Then, shortly after millions of children were shot up with the haphazard concoction, those same inoculated children began contracting polio. Every day, more and more cases were reported, including satellite cases where siblings and parents of the inoculated children were contracting the disease, even as the child given the vaccine wasn’t suffering. Today that common phenomenon is termed “shedding.”

The Polio vaccine, including the oral kind, was an epic failure, but hardly a soul knew the truth. The vaccinated children became the epidemic of carriers, but Western Medicine propaganda and the lying mass media claimed otherwise. Then, in 1955, according to TruthWiki, “The American Public Health Service announced that there had been 149 confirmed cases of poliomyelitis among the vaccinated, including six deaths. In most of the cases, paralysis began in the limb which was injected. The number of cases was far greater than if no injections were given at all. Polio had struck in areas where there had been no cases reported for over nine months. The vaccine was suspended pending a full inquiry by the National Institute of Health (NIH).”

By the way, the Measles vaccine isn’t the only deadly immunization that’s killing off humans, just take a look at GSK’s 6-in-1 combo Infanrix Hexa vaccine that’s already exterminated 36 babies, as documented at Vaccines.news.