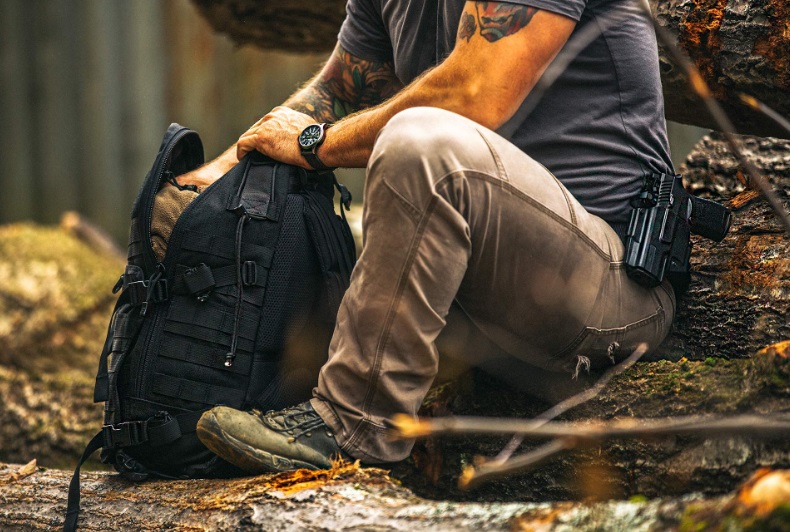 If you’re one of the millions of vigilant patriots trying to get prepared for a worst-case scenario, listen up: Just because you own firearms and ammunition doesn’t mean you’re well-equipped to effectively use them – especially in low light conditions.

In a recent episode of the Health Ranger Report, available for viewing at Brighteon.com, Mike Adams reveals one of the biggest “prepper” mistakes that people make: failing to outfit your firearms with the proper low light shooting equipment.

Most civilians who own firearms are used to training in conditions with lots of light, either at outdoor gun ranges during the day or at indoor ranges with consistent high light conditions. In other words, most civilians have no experience whatsoever in shooting their guns at night.

The problem with this is that during a crisis in which firearm use is required, chances are your enemy will be approaching under the cover of darkness – making him much harder to spot.

“Low light shooting is something that nearly everyone is missing,” Adams warns.

“Low light shooting is actually the most likely scenario that you will encounter in times of chaos because bad guys will attack you, or your neighborhood or your community, at night because they’re harder to spot.”

As he’s been learning himself as he endeavors to get prepared, Adams says that most standard pistol sights are completely ineffective in low light conditions.

“Most people have sights on their pistols that simply do not function in low light because they don’t have tritium, and when you’re shooting into dark areas and you have a pair of these Trijicon HD sights on your Glock, let’s say, you don’t have vertical sight capability,” Adams says.

“But if you’re going to defend yourself at night, you need a gun with sights that work at night, and so the TruGlo TFX Pro sights are the way to go for that. It really matters,” he adds.

A standard Glock or Sig firearm, he says, contains sights that are really just “placeholders” – meaning they should be replaced with something else to properly equip them for nighttime shooting conditions.

“They’re not bad for daylight shooting, but if you want to actually deal with nighttime scenarios, you’re going to need to swap those sights out, and so you’re going to need a sight-pusher, which is a sight changeout tool, so once you change out your sights you need to go shoot that gun, and especially pay attention to the horizontal spread, or horizontal accuracy – does it shoot to the left, or does it shoot to the right?” he reveals.

“And then you need to adjust that rear sight accordingly to make sure you’re bringing it back on target.”

Standard rifle flash hiders are also ineffective, and need to be replaced

On the rifle side of things, Adams says that these, too, are ineffective in their standard outfits. To truly equip your rifle for nighttime shooting, you’ll need to replace its flash hider, which Adams says is “one of the most important things to do for nighttime shooting because you can fire off a number of shots and you can not be easily located.”

He also suggests using subsonic ammunition in your rifle to minimize the sound, though it’s important to properly train with such ammo because it travels at a much slower speed than hypersonic ammo.

“Well, guess what happens when you’re shooting ammo at under 1,000 feet per second? Well, your flight time greatly increases. And more flight time means there’s more time for gravity to affect that bullet, which means you have horrifically bad drops – I mean huge drops, bullet drop. And if you don’t have the right range of your target, you are going to miss by maybe several feet.”

Be sure to watch Adams’ full Health Ranger Report video at Brighteon.com for more tips on proper firearm use.

You can also keep up with the latest firearms news at Guns.news.