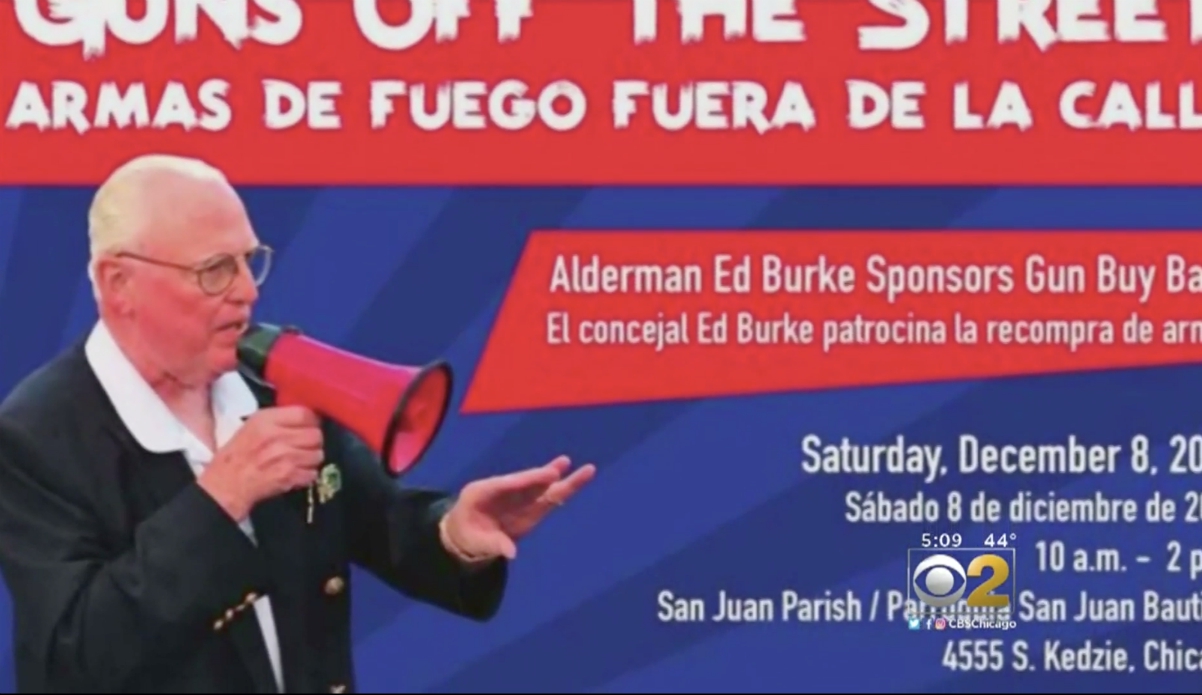 Some people are referring to this as “the Chicago way,” and if by that they mean 100 percent unadulterated Democratic hypocrisy covered in a heavy dose of “do as I say, not as I do,” they are exactly right.

The Chicago Sun-Times reported that Ed Burke, a career politician who served on the City Counsel for more than five decades, was busted last week for extortion after allegedly authorizing an employee of his ward to play “hardball” with a pair of Burger King execs who did not give Burke’s law firm some tax business.

The paper noted that, following his 37-page indictment, Burke, 75, appeared before a federal judge and stood “accused of using his position as an alderman to try to steer business toward his private firm.”

Dirty politics in Chicago is nothing new, and neither is the fact that another Democratic official in the city is in hot water. After all, Chicago has been a single-party city for a long time.

What’s different this time is the level of hypocrisy related to Burke and his bust.

Chicago is also famous for another bad reason: Politicians in the city hate the Second Amendment so they have passed a number of laws that make it virtually impossible for an ordinary citizen to own a gun for self-defense that they can also keep close by when they are out and about (unless, of course, you’re a gang-banger on the city’s South Side — then, city politicians couldn’t care less as evidenced by the fact that they’ve done nothing to address the killing fields there).

As The Truth About Guns notes, Burke — a former city police officer and staunch gun control advocate — was found to be armed to the teeth when agents raided his government office, finding 23 guns.

According to CBS Chicago, an 1872 law grants city alderman peace officer status, and as such, allowed Burke to carry a concealed weapon — though overwhelmingly, average Chicagoans are prohibited from engaging in this kind of special treatment. But the local network reported further:

From outlawing cell phone cases shaped like guns to bans on concealed weapons in places that serve alcohol and broadening the gun offender registry in Chicago, Ald. Ed Burke’s aldermanic record has defined him as an ardent supporter of gun control.

Signs posted outside prohibit anyone – even a concealed carry permit holder – from bringing a gun into the government building, but as an alderman, Burke may have enjoyed special privileges.

That’s not all. Sources told the local CBS affiliate that many of the guns found in Burke’s office may have been permitted because they were of historical significance. And yet, less than a month ago, this hypocrite made an appearance at a gun buyback event with Chicago PD and said, “Any of those guns that are sitting in your closet that your relative may have brought back from the First World War, Second World War, Korea, bring them in, get your 100 bucks, get those guns off the street.” (Related: Black gun owner in North Carolina gives epic defense of Second Amendment before city council meeting.)

As The Truth About Guns notes sardonically, “There’s no word on how many [guns] he may have had in his home. If anti-gun politicians didn’t have double standards, they wouldn’t have any at all.”

Burke’s alleged extortion aside, critics will note that big-city Democrats usually double as authoritarians, quick to instruct the people they are supposed to be serving how to live by limiting their rights while adopting the attitude that since they are in charge, they get to live by a different set of rules and standards, especially when it comes to self-defense.

It’s not clear if Burke will be found guilty of the crimes in which he has been charged. But clearly, he is guilty of monumental hypocrisy as it relates to firearms possession and ownership in Chicago.

Read more about the Democratic Left’s anti-gun attitude at Guns.news.