Carbon is GOOD: MIT chemical engineers create a material that can repair itself using carbon from the air 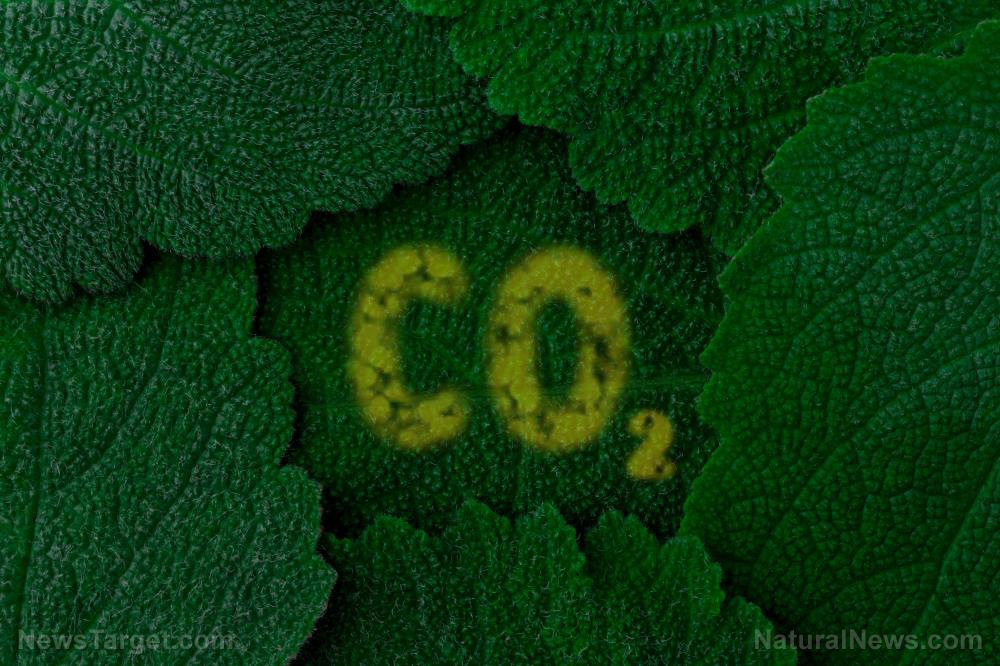 Airborne carbon can one day serve as a resource to repair damage, maintain structural integrity, or even build entirely new parts. An article in Nanowerks reported the development of a polymer that can absorb carbon dioxide and make use of the resource to improve or expand itself.

The new material is similar to a liquid gel, which makes it easy to shape. When it is exposed to air and sunlight, it will harden and turn solid.

Regardless of the form it takes, the polymer can collect CO2 from the air and incorporate the gas into its body. Its method is similar to the carbon-fixing process used by plants to add carbon to their growing tissues.

A Massachusetts Institute of Technology (MIT) research team came up with the polymer. They believe their invention will one day see use in construction, repair, and other engineering-related fields.

For example, workers can use the polymer to build lightweight panel matrices. They will bring the completed gel panels to the construction site, where the material can solidify without human intervention. This helps construction projects reduce expenditures on energy and transportation. (Related: Cover crops help farmers maintain soil health and biodiversity by protecting carbon content.)

The MIT researchers made sure to avoid using fossil fuel-derived materials in the creation of their polymer. Furthermore, their material improved the air quality by reducing the amount of carbon dioxide in the air.

They compared their polymer to a synthetic tree that can grow itself using the carbon in CO2. Furthermore, they incorporated intact but non-living spinach chloroplasts into the gel to serve as catalysts for the carbon-fixing process.

A chloroplast is the biological part of a photosynthetic organism that is responsible for photosynthesis. They use sunlight as an energy source to turn carbon dioxide into glucose. The transplanted chloroplasts in the gel perform this process as well.

Normally, chloroplasts break down within a few hours after they are extracted from a plant. The MIT researchers found a way to make the non-living organelles in the gel last for much longer.

In addition to the chloroplasts, the gel matrix is comprised of a polymer derived from aminopropyl methacrylamide (APMA) and glucose. It also contained an enzyme called glucose oxidase.

The polymer gel is not yet strong enough to serve as a standalone construction material. However, its strength increases after absorbing carbon dioxide, just like a living organism gets bigger and stronger if it gets the right amount of food and nutrients during growth.

Once it has added sufficient carbon to itself, the gel will gain sufficient strength to fill up cracks or serve as a protective coating for another material. It will also be able to “heal” itself as long as it has access to carbon dioxide and light.

Earlier self-healing materials could only repair themselves if they receive a large amount of chemicals, heat, mechanical stress, or ultraviolet light. They were also unable to replace lost mass on their own and needed outside sources.

In comparison, the MIT-developed polymer gel makes do with ambient light to power its self-repairing process. It also gets replacement mass from the atmosphere, which can be accessed almost anywhere on the planet.

The MIT team have already created production methods to create large amounts of the polymer gel. They are also improving the characteristics of the material, such as non-biological catalysts that can replace the chloroplasts.

Find out more about the benefits of CO2 at CarbonDioxide.news.