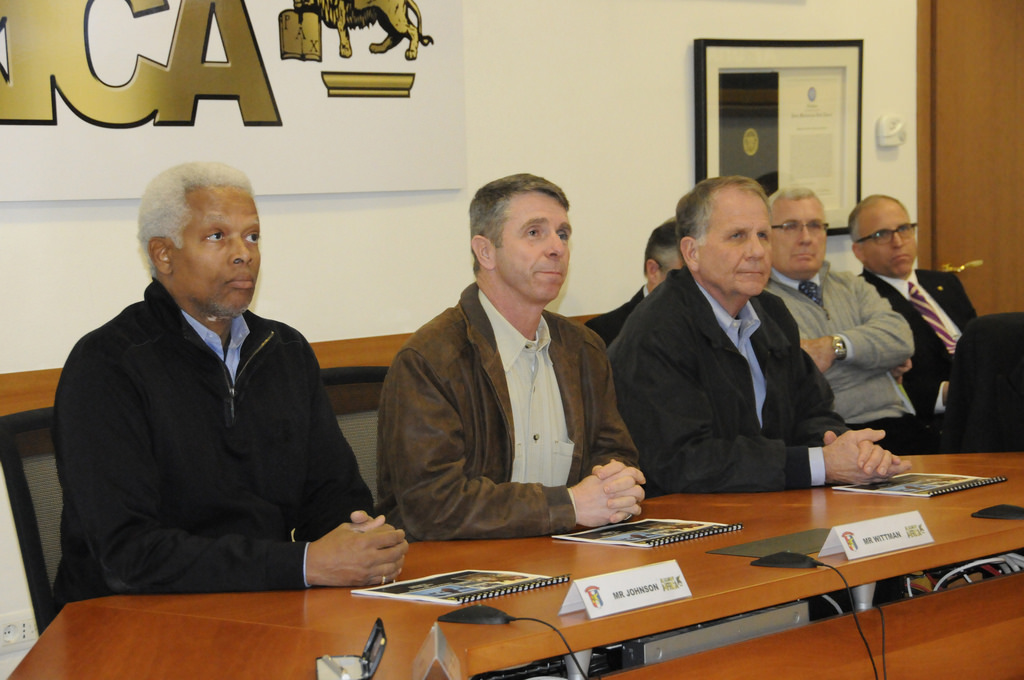 There is a saying that goes, “People who live in glass houses should not throw stones.” U.S. Rep. Hank Johnson, D-Ga., should try to live by that rule.

During a speech to a congregation at Friendship Baptist Church in Atlanta over the holidays, Johnson (pictured above, right) made several disturbing — no, really — comments about POTUS Donald Trump that, frankly, would have earned him a congressional rebuke back during a simpler time when most lawmakers retained a modicum of decorum for the nation’s highest office and some comments were simply out of bounds.

“Americans elected an authoritarian, an anti-immigrant, racist strongman to the nation’s highest office,” Johnson said, as reported by Breitbart News. “Donald Trump and his ‘Make America Great Again’ followers who want to return American back to a time where white men and white privilege were unchallenged, and where minorities and women were in their place.”

Continuing, Johnson made some generalizations about the president’s white supporters that, had a white person said similar things about a minority, the dishonest “mainstream” media would have been up in arms.

“Donald Trump supporters are older, less educated, less prosperous, and they are dying early,” Johnson continued, according to The Daily Wire. “Their lifespans are decreasing, and many are dying from alcoholism, drug overdoses, liver disease, or simply a broken heart caused by economic despair.”

For good measure — or bad form — he then referenced a talking point that has become a standard reference of today’s far-Left Democratic Party: ‘Trump is Hitler.’

“Charismatic and a good public speaker, deceptive, and cunning, Adolf Hitler rose to power to lead Germany in 1932 after Democratic elections,” Johnson said. “He rode a wave of nationalism and anti-Semitism to power. Replace anti-Semitism with ‘all Latinos crossing our borders are rapists, drug dealers, and murderers,’ does that sound familiar?

“Much like how Hitler took over the Nazi party, Trump has taken over the Republican party,” Johnson continued. “Hitler was accepting of violence toward the achievement of political objectives. Trump encouraged violence against protesters at his rallies, and his messaging about Charlottesville, that there were bad people on both sides, sent a powerful message of approval to the far right racists in America.”

Authoritarianism exists in America — in the Democrat Party

Hitler didn’t exactly ‘take over’ the Nazi party, which was formally known as the National Socialist Party. As for violence at campaign events, even Obama’s FBI and DHS knew it was mostly caused by Left-wing Hillary supporters. And yes, both sides were responsible for the violence at Charlottesville. (Related: Charlottesville reporting shows the REAL danger to America is not violent riots but a wildly dishonest media that lies and distorts everything for political gain.)

As for the racism allegations, Democrats and especially Democrats of color have used the accusation so often now that it simply lacks any true meaning. Literally, everything the president says and does cannot reasonably be construed as “racist” and “bigoted,” thus rendering such accusations meaningless.

The Hitler reference is old hat, too, but it’s simply outrageous to make the claim in the first place.

That an America president would ever be permitted to intern millions of political opponents or gas an entire ethnic group to near-extinction is as preposterous as it is impossible. And as far as we know, POTUS Trump hasn’t jailed a single Democrat or minority simply on the basis of their political persuasion or skin color.

If any political party has authoritarian tendencies, it’s the Democrats. Obama, recall, was the president who broke laws to spy on POTUS Trump’s campaign, to spy on reporters, and attempted to jail them for failure to reveal sources.

As for Johnson’s references to Trump supporters as being less educated, let us never forget that he is the one who actually suggested during an open congressional hearing that the island of Guam might tip over if too many people traveled to one side.

Not even kidding. Click here to see for yourself.

Read more about illogical Democratic allegations of racism at RaceWar.news.