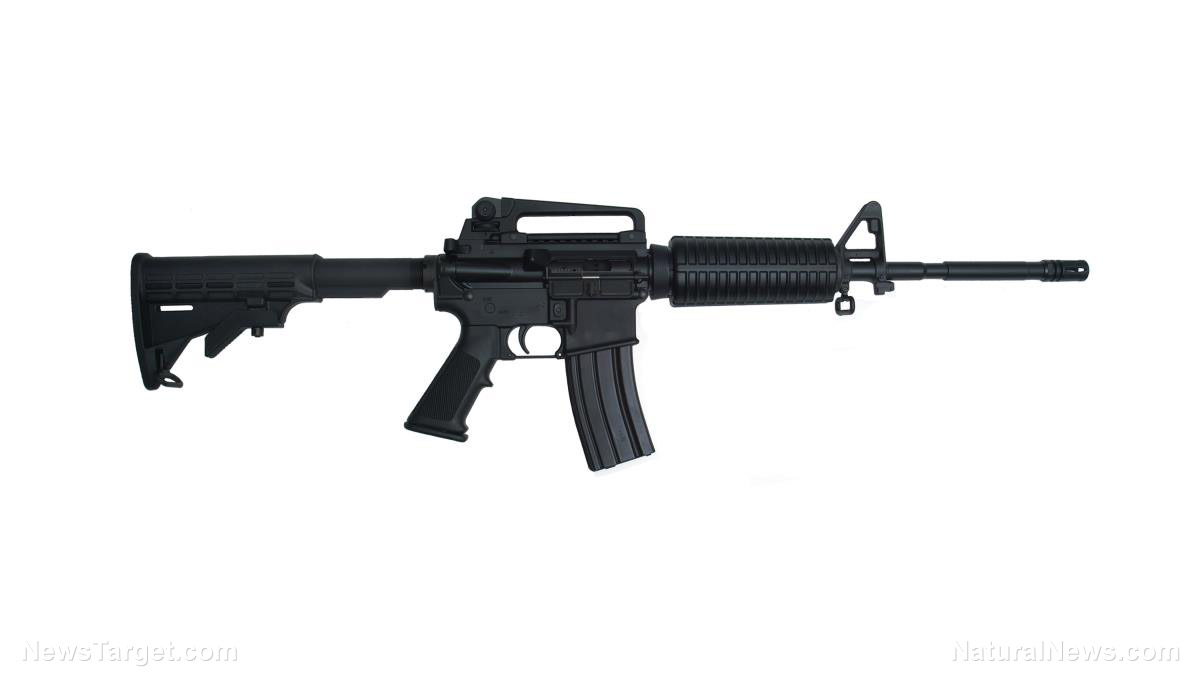 Whenever we see the Left moving to implement a new rule or law governing the use, handling, or ownership of firearms we are reminded of the very simple language of the Second Amendment, which reads in full: A well regulated militia, being necessary to the security of a free state, the right of the people to keep and bear arms, shall not be infringed.

Liberal and conservative scholars and lawmakers have debated the meaning of “militia” and whether or not the founders meant that the Second Amendment applied only to organized state military forces. But others have noted that based on historical data and references such as the Federalist Papers, a series of published documents written by a few of the founders explaining every part of the Constitution, it is clear the amendment applies generally to “the people.”

There’s another part of the amendment that is also crystal clear — where it says unequivocally that the “right …to keep and bear arms shall not be infringed.”

Period. The founders’ statements and writings make it plain that they intended for Americans to be armed — without impediment, without limitations, and without government interference.

So realistically, there can be no such thing as a “common sense gun law” or, certainly, no gun registration. And yet it appears as though a new ordinance in Boulder, Colo., could be a trial run for national gun registration if the wrong political leaders ever take power. (Related: The Second Amendment was made to protect people from their own government.)

As reported by Townhall’s Matt Vespa, Leftist Democrats in the city are singling out one firearm in particular: AR-15-style rifles.

Remember when Boulder, Colorado banned the ownership of AR-15 rifles? They also banned high-capacity magazines and bump stocks, giving gun owners with such magazines until July 15, 2018 to either sell them or dispose of them—whatever that means. Most likely, you’ll have to turn them over to the authorities. Now, there is a grandfather clause allowing residents who already owned AR-15s to keep them as long as they get a certificate by the local sheriff’s office. Well, that date is rapidly approaching. AR-15 owners have until December 27 to certify their weapons. If owners fail to do this, they won’t be allowed to own their rifles within city limits. So far, only 85 rifles have been certified.

No gun laws are ‘reasonable’ under the Constitution

Not so, according to local authorities. The Denver Post, quoting local police, reported:

Certification is not a registry; the department keeps no records or paperwork of any kind. The only information they have is a handwritten count, said Boulder police Sgt. Dave Spraggs. Eighty-seven certificates have been issued to date. Two of those were redundancies, for the same weapon shared between a husband and wife.

It stretches the imagination to think that Boulder Police are not keeping some sort of record; otherwise, how would the department know that, so far, only 85 rifles had been registered?

What’s more, who else has access to those records? And how are local police going to find out who hasn’t registered certified their rifles?

No matter what Boulder Police tell the local media, the fact is, based on the founders’ historical writings and the very plain language in the Second Amendment, this ordinance and all of those issued previously to the ‘certification’ requirement amount to an infringement on a right that specifically prohibits infringement.

No matter what AR-15s are called — “assault” weapons, mostly — they are just another firearm, as the Supreme Court has ruled, and thus covered by the Second Amendment.

No “reasonable,” “common-sense” restrictions are permitted, period. No infringement whatsoever.

What is interesting is that human nature has not changed since the 18th century when the Constitution was ratified.

“The laws that forbid the carrying of arms are laws of such a nature. They disarm only those who are neither inclined nor determined to commit crimes…. Such laws make things worse for the assaulted and better for the assailants,” Thomas Jefferson once wrote.

Those words are just as true today.

Read more about the Second Amendment at SecondAmendment.news.