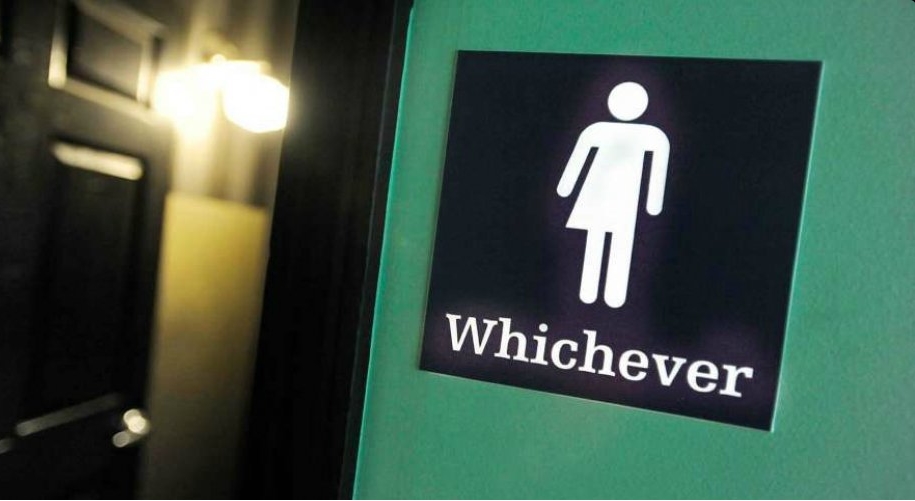 The transgender delusion is taking things to a whole new level of crazy, with teachers now actually being fired for misgendering their students. The future of the First Amendment is looking increasingly bleak, now that Peter Vlaming, a devout Christian and a high school teacher in Virginia, has lost his job for refusing to refer to a female student as a boy.

Basic biological determinations (such as X and Y chromosomes) are being thrown out the window in favor of “identity” and feelings. To make matters worse, it’s now expected that the masses kowtow to the whims of people who aren’t even sure what their gender is. Using the wrong pronouns, whether by mistake or out of abject refusal, is literally becoming a punishable offense. Soon, it may even be a hate crime. The free speech police are here — and they’ve decided that human rights only apply to them.

Make no mistake, the refusal to use a trans person’s pronouns is, in essence, a form of protest. When a liberal wants to protest using actual, physical violence and aggression, a la Antifa, no one bats an eye. No matter the destruction they’ve caused, it’s all for the so-called greater good.

But when a conservative wants to protest with their words, it’s a crime. They’ll be berated by news outlets nationwide, and across social media.

Peter Vlaming, a teacher from Virginia, has been the subject of immense controversy, after offending a trans student by failing to address her as a “he.” According to The American Conservative, Vlaming had been teaching at West Point High School for seven years.

Over the summer, a family informed the West Point School District that their child had transitioned from female to male. Vlaming had taught the student the preceding year, when she still identified as female.

Early on, Vlaming told his superiors that he was not able to address a female student with male pronouns due to his Christian faith. According to reports, Vlaming agreed to use the student’s new first name, but he avoided addressing them with any pronouns and did not use he or him, or she or her.

In other words, this teacher did not even actually “misgender” his student — he simply didn’t address them with any gender at all. This is actually a great compromise; he’s not hurting the student’s feelings by using female pronouns, and he’s not violating his religious beliefs. But the radical Left and their LGBTQ+ brigade don’t deal in compromises. The student complained that Vlaming made them feel “uncomfortable and singled out.”

Vlaming was initially suspended with pay over the ordeal, but the school district ultimately let him go. According to Superintendent Laura Abel, Vlaming displayed “insubordination and repeated refusal to comply with directives made to him by multiple WPPS administrators,” leading her to suggest his employment be terminated.

Religious persecution and the end of personal freedom

Administrators sided with the student, stating that Vlaming couldn’t “treat one student differently than the others.” Apparently, asking Vlaming to compromise his Christian values for one student doesn’t count as “treating them differently.” When else have you heard of a government agency (public schools are indeed part of government), asking an employee to directly violate their religious beliefs? It would seem that only Christians are asked to do this.

While Christians may not be persecuted for their faith per se, they are already being targeted when they stand for what their faith entails, especially in matters of sexuality. As the LGBT agenda advances, broad interpretations of antidiscrimination laws are going to push traditional Christians increasingly out of the marketplace, and the corporate world will become hostile toward Christian bigots, considering them a danger to the working environment.

Dreher notes that in many places of employment, it is common for employers to urge their employees to wear badges of support for LGBT coworkers on certain occasions — and there is no arguing that there will be an immense amount of shaming and shunning that will follow if you don’t wear the badge.

Ultimately, “diversity and inclusion” initiatives have surpassed the goal of tolerance and are now moving on to the next target: Total dominion. Tolerance is no longer good enough, and the increasingly radical Left is now demanding that we affirm trans identity as a biological truth — even though science has said otherwise for centuries.

See more coverage of stories like this at Libtard.news.