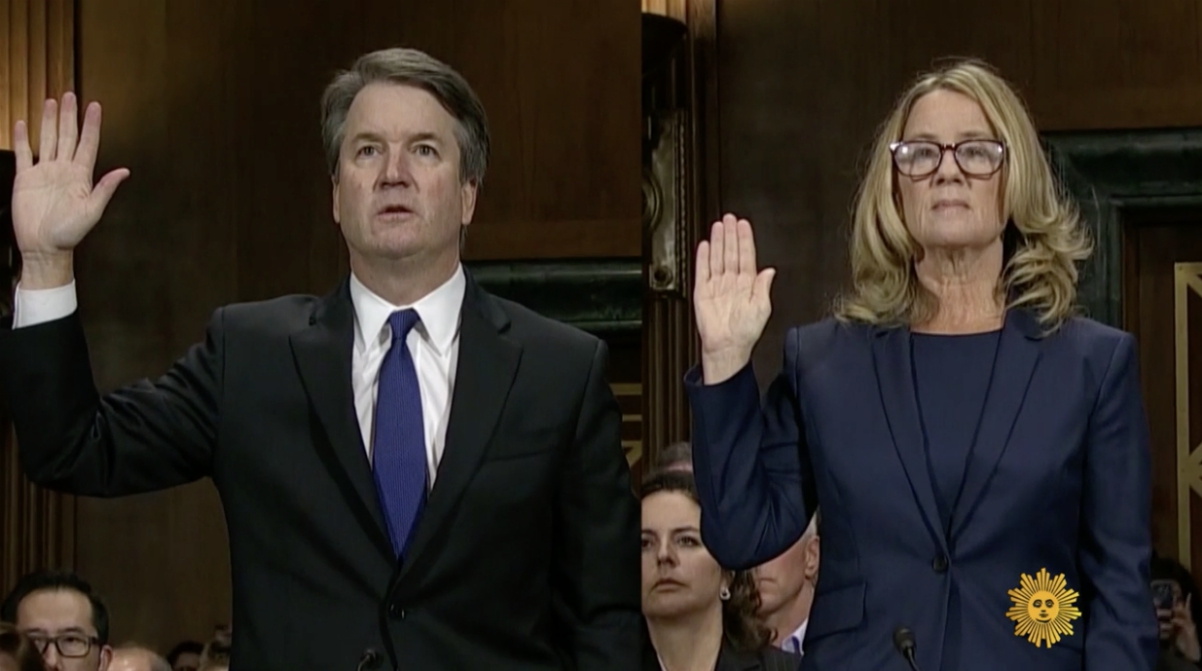 It seems like ‘old news’ now, given the fast pace of America’s 24/7/365 cable news cycle, but for those affected by the [bogus] claims of sexual abuse against Justice Brett Kavanaugh by Christine Blasey Ford, they will never forget the angst of living through that ordeal.

Kavanaugh’s children will likely not soon forget about having to be ushered out of the Senate Judiciary Committee hearing room thanks to raucous and threatening Leftists who disrupted the confirmation hearings as they began.

His wife, Ashley Estes Kavanaugh, will never forget the ugly and disdainful accusations that Ford and other women brought forth, despite the fact that none of them could be corroborated. She won’t soon forget how her husband was forced to defend himself against an onslaught of innuendo from Democratic senators devoid of consciences.

Finally, Kavanaugh’s supporters will never forget Sen. Lindsey Graham’s passionate defense of the justice, in which he all but accused Democrats on the panel of plotting to derail his nomination by any means necessary, fair and unfair, right or wrong.

Ford isn’t likely to forget those hearings or her role in them anytime soon either, especially now that she’s cashing in on her newfound, though ill-gotten, fame.

As Katie Pavlich writes at TownHall, thanks to sycophantic Ford supporters who believed her story without evidence or substantiation donated $647,610 to a GoFundMe account set up for her use. Here’s what she did with it.

According to a message she posted on the page, “All funds unused after completion of security expenditures will be donated to organizations that support trauma survivors. I am currently researching organizations where the funds can best be used. We will use this space to let you know when that process is complete.”

The “security expenditures” she referenced apparently went to “take reasonable steps to protect ourselves against frightening threats, including physical protection and security for me and my family, and to enhance the security for our home,” she wrote.

“We used your generous contributions to pay for a security service, which began on September 19 and has recently begun to taper off; a home security system; housing and security costs incurred in Washington DC, and local housing for part of the time we have been displaced. Part of the time we have been able to stay with our security team in a residence generously loaned to us,” she noted.

News reports claimed that she and her family were still receiving death threats, which of course isn’t something we agree with — ever. But what’s galling about this is that she didn’t have to put herself into this position in the first place.

According to her post, she felt as though doing so was her “civic duty.” But remember, when all of this began over the summer, Americans were initially told by none other than Sen. Dianne Feinstein that Blasey Ford initially requested anonymity (if in fact, that was even true, to begin with).

Maybe she felt her “civic duty” was to stand with Democrats in their bid to destroy a decent, honest, upstanding man who has a stellar record — personally and professionally — as well as a keen legal mind. That’s not very ‘civic-minded,’ of course, but then again, the Left has always had difficulty distinguishing between what passes for strengthening our country and what passes for tearing it apart. (Related: Now that Dems control House, their first priority is…impeaching Brett Kavanaugh.)

As for the entire ordeal, Blasey Ford’s self-enrichment and continued notoriety is probably the most disgusting aspect. Putting herself out there as some saint when in reality she was nothing more than an enabler for Democrats to destroy the Supreme Court confirmation process is despicable.

Read more about how the liberal mob is attempting to destroy American culture and tradition at LiberalMob.com.